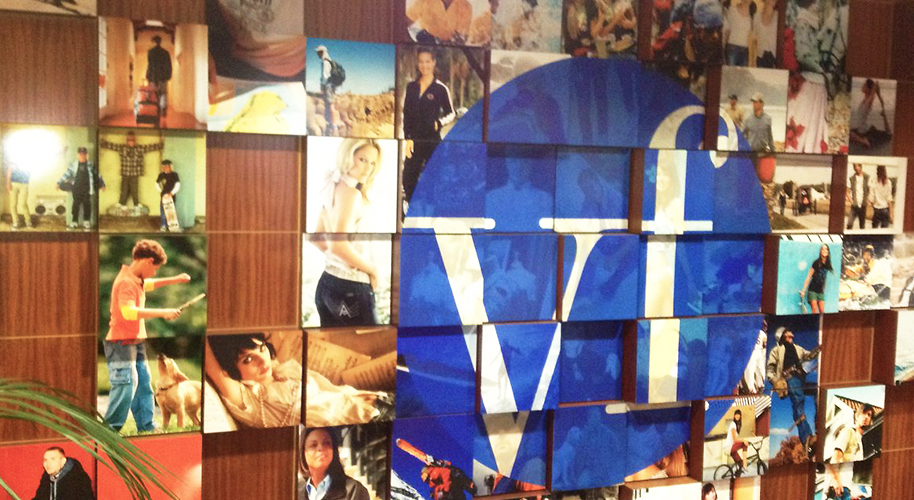 Within VF Corp.’s portfolio, the “big three” brands get most of the headlines—and for good reasons.

Also, the company in the past year has outlined ambitious goals for each brand, most notably Vans, which is targeting double-digit CAGR to reach $6 billion in annual sales by 2024, up from the previous goal of $5 billion by 2023 that the company set last year.

But VF’s leadership feels equally upbeat in the company’s so-called “emerging” brands—Smartwool, Icebreaker and Napapijri—which combined to generate only about $600 million in annual revenue in Fiscal 2019 yet are also notching impressive growth rates.

While they don’t get the same attention as their larger portfolio mates, each possesses the necessary “energy and the impact… for driving their businesses forward,” said Steve Rendle, VF’s chairman, president and CEO.

And VF believes those brands can drive their businesses toward a combined $1 billion in annual revenue by 2024.

It’s an ambitious but also attainable goal based on current and projected growth rates, according to Rendle, who spoke at length about the brands at VF’s recent Investor Day in Beaver Creek, CO.

He said Smartwool, Icebreaker and Napapijri are all “bringing purpose and performance to drive value for our enterprise.” They also have “strong leaders with a very clear vision of what they can be doing to disrupt and change not only their business but VF.”

And while the brands often take a backseat to VF’s big three, last month’s Investor Day proved the ideal time and place to share their stories.

“These are brands that we have not typically spoken about in a public forum, and we’re excited to do that today,” Rendle said when introducing the brands before the audience of investors and analysts.

Let’s look at VF’s goals for each one in the words of both Rendle and the brands’ respective leaders.

Smartwool joined VF in 2011 with the company’s acquisition of Timberland, which had purchased Smartwool in 2005. Founded in 1994, Smartwool was based in Steamboat Springs, CO, until this year, when VF “co-located” the business to the new corporate headquarters in Downtown Denver.

Last year, Smartwool grew 8 percent to about $155 million in revenue, but VF has even bigger aspirations for the sock, apparel and accessories brand—10 percent to 11 percent CAGR through Fiscal 2024.

“We see over the next five years that this brand will be able to grow at a low-double-digit clip,” Rendle said. “Today, it’s predominantly in North America, it’s predominantly wholesale. We see great opportunities for this business to evolve beyond that. We see it already happening today as they’ve moved beyond socks and now have a really nice balance of apparel socks and accessories.”

Jen McLaren, who was appointed president of Smartwool in June 2018, discussed the brand’s recent successes, including 20 percent to 30 percent growth in apparel, as well as recent focal points, like moving toward natural performance materials alongside sister brand Icebreaker.

“What we’re trying to do with this bigger idea is really leverage our resources together, Smartwool and Icebreaker, as well as leverage the resources of VF to do two things,” McLaren told the Investor Day audience. “One is to bring broader awareness to our consumers and why natural apparel is better. The second piece is to enlighten our consumers to the solutions we bring. And when we looked at the market today on where natural performance apparel sits, Icebreaker and Smartwool make up 90 percent of that market. So VF owns this market, and we’re absolutely going to create a movement towards making this a bigger category in the apparel space.”

McLaren, who served as CFO at both Timberland and Smartwool before ascending to brand president last year, said the brand’s differentiators are “inclusivity” and being “fun-loving.” Each one has driven brand loyalty.

“Our consumers tell us time and time again how approachable we are, which is different in the outdoor space,” she said. “Sometimes they can feel very exclusive like maybe you don’t belong. We’re not that way, we’re very inviting. In today’s world with the changing demographics of society and our target consumer, we absolutely need to be inclusive, and we’re leading on that front in a big way. And fun-loving is who we are, it’s what we do, it’s what we make.”

While those tenets forge the brand’s DNA, innovation and inspiration are driving growth for the brand, she added. The company’s new 3D Intraknit collection, for example, will be the key driver for Smartwool to scale up its apparel category, especially in markets such as Europe where distribution is lagging, but also in the U.S. where the brand hopes to expand beyond its core markets.

“This new technology is going to allows us to do just that because it allows us to really use the 3D knit technology and get really precise on how we deliver a product that’s not just for the outdoors but also for the likes of the sports performance apparel market and really help us to get beyond outdoors,” McLaren said.

The shift from Smartwool to Icebreaker is a natural one, quite literally. While the two brands are competitors in the apparel category, especially base layers, they are also looking to complement one another and flourish equally. That begins with their material of choice.

“Many people think of them as competitors,” Rendle said. “But when we looked at the opportunity, when we saw our two brands come from a very similar place but have a very different approach and a different set of consumers that they’re speaking to, we saw an opportunity to really stretch this commitment to sustainability combating climate change through natural performance fibers.”

Icebreaker, whose global headquarters is in New Zealand and North America operation was based in Vancouver, BC, before being announced it would move to Denver, posted annual revenue of $175 million, up 12 percent on a pro forma basis, in Fiscal 2019. VF sees that same growth rate over the next five years, in part because of Icebreaker’s synergies with Smartwool.

“We look to the opportunities that Icebreaker and Smartwool have together to disrupt this marketplace,” Rendle said. “We’re excited to be able to invest behind this idea. Collectively, these two brands comprise about $325 million worth of Merino-based business. That’s new business for us. That’s a new growth trajectory and it’s a new textile that we can think about using across our enterprise.”

Icebreaker’s CEO and global brand president, Greg Smith, said the past two years have been a “heck of a ride.” Soon after he was appointed CEO, he was charged with selling the company and then overseeing its integration into VF.

The wild ride continues under a strong parent company that has provided opportunity for Icebreaker to evolve, Smith said. Ten years ago, Icebreaker was a wholesale-only company, but over the past decade, the brand is now 33 percent direct-to-consumer (DTC), which has not only helped boost margins but also given Icebreaker better control over the customer experience.

Now the brand is looking to grow the DTC channel to 45 percent over the next four years, and part of that transformation involves the company’s commitment to natural fibers. That includes some rather ambitious goals for the company, Smith said, but they are critical to Icebreaker’s brand ethos.

“With this in mind, we thought it was time to challenge ourselves, and that’s why we’re going to be plastic-free by 2023,” Smith said. “So here is how we’ll go. We use ultra-fine, ethically sourced, sustainable, traceable fiber made with the best factories in the world, the highest standards to give you the best quality. We will then sell it to a consumer that thinks differently and is more progressive and makes conscious choices about consumption and that less is more. They’ll wear it, use it, maybe repair it, and then we’ll put it back into the earth because it’s biodegradable and it composts in 60 days. That’s the future of apparels.”

Though not as well-known as its fellow emerging brands, at least in North America, Italian-based apparel maker Napapijri—or, simply, Napa—has been part of VF since 2004 and boasts an established customer base in Europe.

The upscale apparel brand is generating low-double-digit growth and posted annual revenue of $260 million in Fiscal 2019 behind strong direct-to-consumer channel presence in both owned and partnership stores.

Andrea Cannelloni, president of Napapijri, said the brand’s success is based on a commitment to design and sustainability.

As Rendle noted, The North Face in 2004 was about the same size as Napapijri is now. Could Napa have a similar trajectory as TNF in the coming years? Momentum appears to be building for the brand.

“We see the brand bidding to growing high-single digits,” Rendle said. “Quite honestly … this brand has even greater potential.”

The path to $1 billion from $600 million for these three brands will require plenty of things to break the right way, but as VF looks to each one’s potential, it sees a clear path for prosperity. As CFO Scott Roe said during Investor Day, “these truly are jewels in the portfolio.”

“I don’t know if we’re sitting here 10 years from now if they’re going to be the next Timberland or TNF or Vans, but they certainly could be,” he said. “They have the capability and … I can tell you, we’re very excited about the potential for these three brands and the leadership teams.”