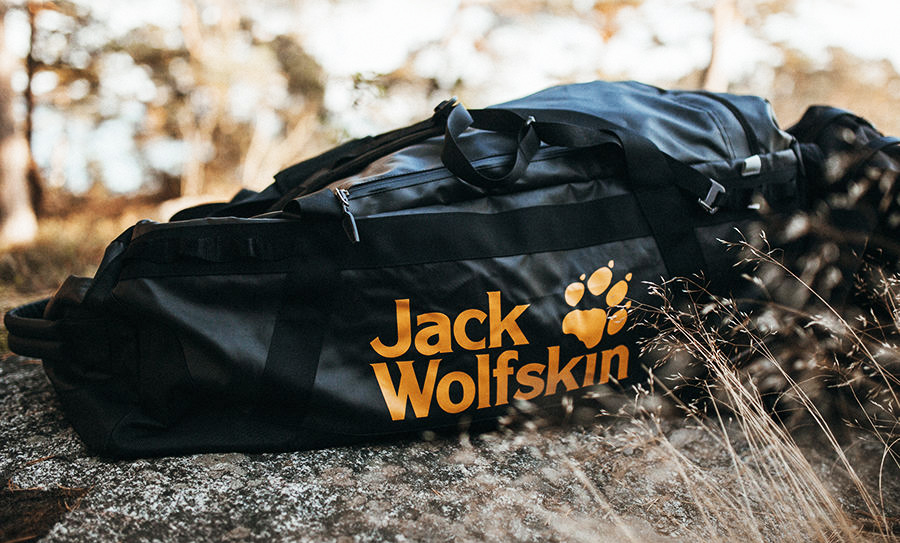 Market softness in the key markets of Central Europe and China along with foreign exchange headwinds prompted Callaway Golf Co. to lower its 2019 EBITDA expectations for Jack Wolfskin, the German-based outdoor apparel and gear brand that Callaway recently acquired.

However, as Callaway President and CEO Chip Brewer said on Thursday’s earnings call with analysts, the problems facing Jack Wolfskin are temporary issues that won’t have lasting effects on the brand.

“We believe these are short-term issues, and we remain excited about this business for the long term,” Brewer said. “We’re also finding more potential synergies across our soft goods business as well as long-term opportunities in key markets such as China, Japan and North America that are at or above the initial expectations.”

Brewer further explained some of the reasons for the lowering of EBITDA expectations. As he noted, the apparel business operates differently than Callaway’s traditional equipment business because it has longer pre-book lead times.

“So we have pre-books now for the fall/winter season, which are for shipments in Q3 and early Q4; those all came in basically during Q1,” Brewer said. “That’s a level of visibility that we don’t have in our traditional core business.”

Tack on slowing economies in China and Central Europe and even some weather-related issues such as a warm winter and dry summer in those regions and Callaway was hit with a host of apparel-business headwinds it hadn’t expected for its newest asset.

“That backed up sales in the channel and led to lower pre-books, which we are hearing is really a bit of an industrywide issue,” Brewer said. “The wholesale channel, in general, is putting in less pre-books. And, so, we have pretty strong visibility now of our pre-books through the balance of the year and it gives us improved visibility and improved confidence relative to those numbers.”

Callaway plans to ramp up Jack Wolfskin’s profile throughout 2019, especially in the U.S., so analysts asked questions about everything from distribution to marketing to how the new brand fits in with the rest of the company’s portfolio.

While plans for elevating the brand where it lacks a strong presence are still in progress and will be for a while, Callaway CFO Brian Lynch did touch on the existing and expected synergies the company is able to provide Jack Wolfskin, primarily shared resources, supply chain and logistics.

“We’ve become not only more confident, but we’ve found some areas we think that there are increased synergies,” he said. “[M]ost of those won’t really even materialize until late 2021.” 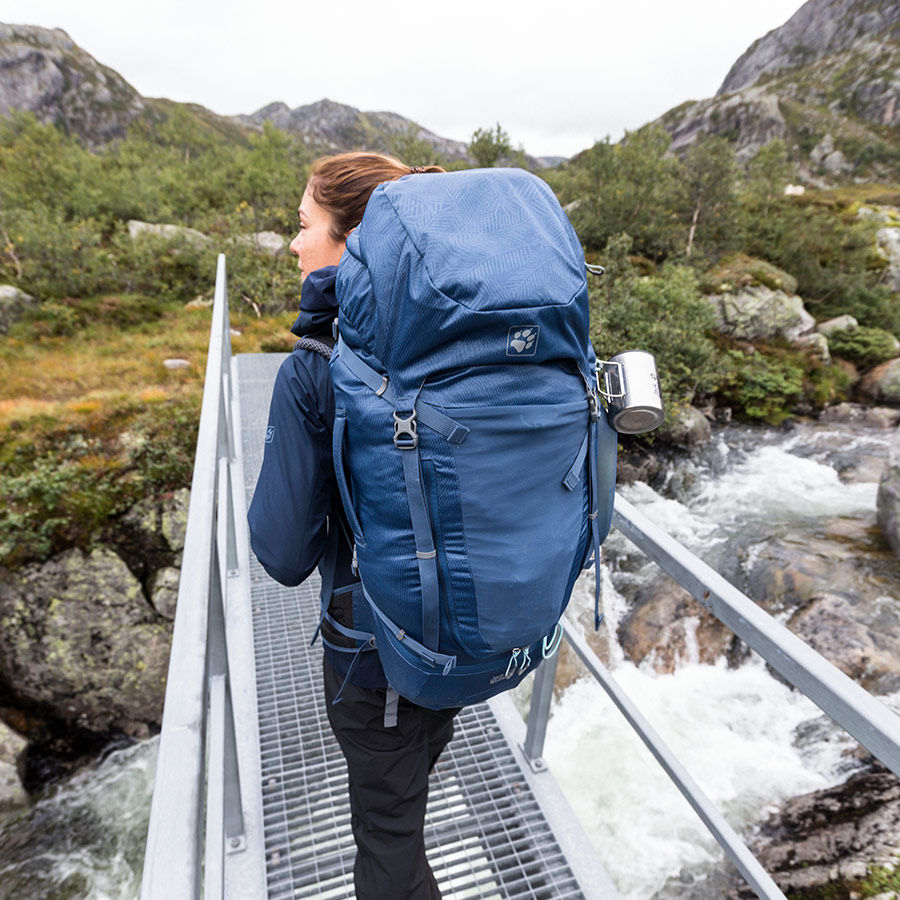 Callaway announced the acquisition of Jack Wolfskin last November. The deal raised some eyebrows because it was outside Callaway’s core business of golf and squarely in the outdoor world, where the company didn’t have a substantial presence outside a recent purchase of Ogio, a small bags and backpacks company.

As Brewer told SGB Executive in April during a one-on-one conversation, he understood the doubts but saw Callaway’s success with Ogio and also TravisMathew as examples of how the company can manage a growing portfolio of brands no matter their product category or size.

“I think it’s totally reasonable for folks to have healthy skepticism on that front, but we’re pretty good operators,” he said. “We might have to prove ourselves in the outdoor world, but it’s not like we’re a startup. It’s not like we’re starting from scratch without any track record. We are cognizant of the fact that we don’t know everything about outdoor apparel, but believe me, I’m not going to put a bunch of golf guys into the outdoor apparel space. We’re going to approach it a lot more rationally and authentically than that.”

Callaway wasn’t—and isn’t—planning to change much about the brand it bought for $476 million. Callaway is keeping the Jack Wolfskin management team intact (one of the main attractions of the brand) and will now look to expand its presence in North America through those aforementioned shared synergies.

The Jack Wolfskin acquisition closed January 4, and the companies are still in the midst of a lengthy integration process. So far, so good on that process and the deal in general—even with the lowered EBITDA expectations, Brewer said.

“We remain energized by the Jack Wolfskin acquisition and are both getting our arms around this business quickly,” he said. “From all we are learning, we are increasingly confident about the business for the long-term. It’s successful in achieving these financial results. Our adjusted EBITDA will be up double-digits first last year and nearly two times what it was only two years ago. This is the type of growth in increased scale that we have been targeting with our investments and growth initiatives.”

Jack Wolfskin contributed $93 million in net sales in the first quarter. Brewer added that revenue at Jack Wolfskin, on a euro and constant currency basis, will be down 2 percent to 3 percent, which he said was “not alarming from our perspective.”

However, analysts were taken aback by Jack Wolfskin’s poor performance. Brett Andress of KeyBanc Capital Markets wrote in a note to investors: “The swift lowering of Jack was not the outcome we were expecting, and while the misstep may leave a black eye until execution is proven, we reiterate our view that fundamentals within ELY’s core golf business and the LT [long-term] opportunity that Jack affords both remain under-appreciated at current levels.”

Net sales increased in all operating segments, in all major product categories and in all major regions. Excluding the Jack Wolfskin business and an $8 million negative impact on the core business, first quarter net sales increased 7 percent on a constant currency basis. The 7 percent increase in constant currency core net sales is attributable to the strength of the company’s entire 2019 golf equipment product line and continued brand momentum in the TravisMathew business despite a flat golf market in the first quarter of 2019. 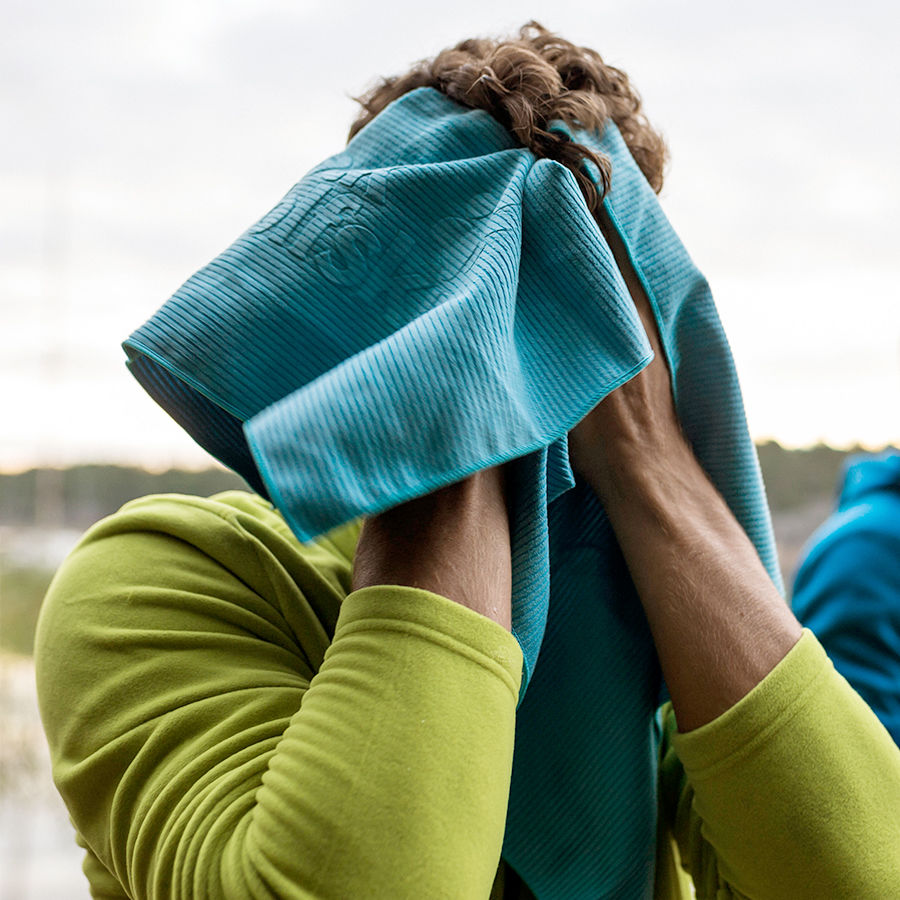 Read more about Callaway’s first-quarter earnings (including more details on its other segments) here.

First-quarter 2019 earnings per share decreased to 50 cents from 65 cents in the year-ago quarter. On a non-GAAP basis, 2019 first quarter earnings per share were 63 cents, ahead of estimates by 15 cents. That 63 cent EPS excludes 13 cents per share related to the non-cash purchase accounting adjustments and the non-recurring transaction and transition expenses related to the Jack Wolfskin acquisition.

The strong quarter, which yielded record revenue, prompted Callaway to increase its earnings per share guidance for the first half and full-year 2019. The company increased its non-GAAP earnings per share guidance to 84 cents to 89 cents, driven by net sales increases in the core golf equipment, apparel and accessories businesses, a lower estimated tax rate and hedging gains recorded in the first quarter.