Behind The Deal: How Callaway Aced The Jack Wolfskin Acquisition 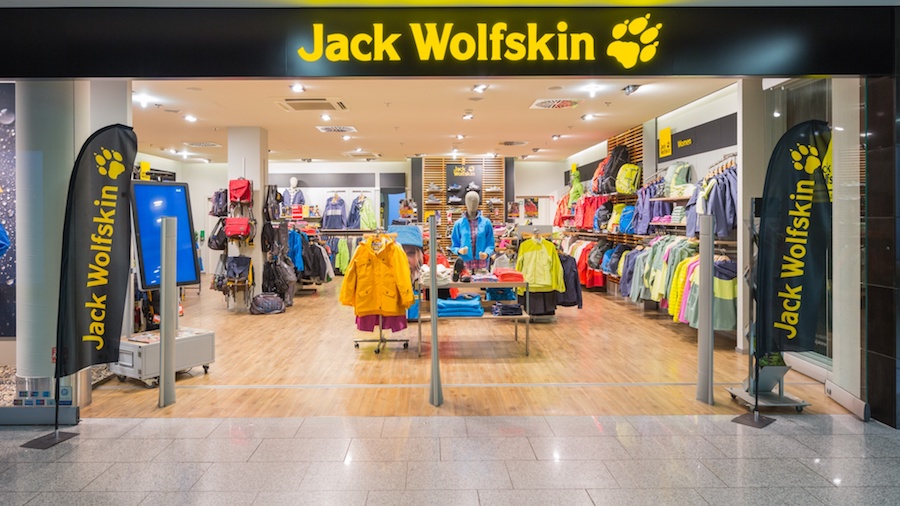 Anyone who looks beyond the surface of Callaway Golf Co.’s agreement to acquire Jack Wolfskin for $476 million will see that reducing it to the simplistic “golf company buys outdoor brand” doesn’t capture the depth of the deal.

The acquisition makes sense on multiple levels for both companies amid the blurring of channels, product lines and even consumer habits.

Let’s first tee up Callaway’s reasoning for the deal. Bringing Jack Wolfskin into its portfolio will complement the company’s “growing apparel and soft goods businesses across geographies, customer demographics and product capabilities,” according to CEO Chip Brewer. In essence, the acquisition fits Callaway’s increasingly bullish view and growing emphasis on the outdoor and active lifestyle industries.

“This acquisition furthers our stated growth strategy,” Brewer said. “We are investing in the high-growth active lifestyle market that’s enhancing the scale, long-term growth and profitability of our company. It is a meaningful move, but one that also allows us to retain our overall conservative financial structure and the ability to continue to reinvest to drive industry-leading growth and performance in our equipment business.”

As for Jack Wolfskin, the German-based company can more easily establish and grow a presence in the U.S. The company exhibited at Outdoor Retailer Summer Market last July in Denver, CO, where it hoped to reintroduce itself to specialty retail buyers in North America and make a stateside splash.

Teaming up with a billion-dollar, publicly traded company like Callaway gives Jack Wolfskin the resources and access to markets it needs to flourish here.

“Jack Wolfskin identified the U.S., the largest outdoor market in the world, as a tremendous opportunity but one that would take significant investment and resources whereas Callaway is already a dominant player in the U.S. and has the resources and infrastructure available,” Nate Pund of Houlihan Lokey, which advised Jack Wolfskin on the deal, told SGB. “This is a true win-win deal for both players.”

That point was echoed by Jack Wolfskin CEO Melody Harris-Jensbach in the companies’ initial press release on the deal.

“We are thrilled at the prospect of joining Callaway’s growing portfolio of premium, active lifestyle brands,” Harris-Jensbach said. “Callaway has proven over many years that they are great innovators and brand builders. We see that they really invest in the brands they acquire and couldn’t be happier to be working with them.”

Pund, who called the acquisition “a match made in heaven” because of the benefits each company will reap, noted that Houlihan Lokey’s knowledge of both companies and their synergies runs deep. The company had advised Callaway on two previous acquisitions—Ogio and TravisMathew—and knew the company was an active acquirer looking to go above and beyond the golf market into the faster growing outdoor and apparel space.

Houlihan Lokey also had advised Jack Wolfskin through its restructuring and bankruptcy. In the process the firm gained a sense of what it took to get Jack Wolfskin back into growth mode.

“You had a strong outdoor apparel business, which was essentially where Callaway wanted to be,” Pund said. “You had access to Europe and Asia, where Jack Wolfskin is strong, but no presence in North America, where Callaway is very strong. So it was a fantastic product and market fit. For Jack Wolfskin, it was a great opportunity coming out of the restructuring to combine with a very capable operator with proven M&A experience.”

More than anything, the move signals that Callaway has its sights squarely on the outdoor industry, which Pund said is shifting thanks to the evolving outdoor consumer.

“The outdoor consumer is no longer this singular focused-sport athlete,” he said. “You’re not going to just identify yourself as a surfer or a rock climber or a backcountry skier. Now what people want to do is multiple activities—they want to do yoga in the morning, bike in the afternoon, hike outdoors and then play nine holes of golf. For Callaway, they want to build on their portfolio with that trend of people doing more things. Callaway’s golf business is only growing so much, so this is an extension to a broader market and broader global exposure.”

The deal especially makes sense geographically because it gives Callaway access to Europe and Asia, two markets where the company was lacking. Jack Wolfskin generates $380 million in revenue, and approximately $40 million in adjusted EBITDA, with 52 percent of the revenue coming from the DACH (Germany, Austria and Switzerland) region and 21 percent coming from China.

“Callaway has a strong presence and infrastructure in North America, Japan, and Korea,” Brewer said. “These are areas where Jack Wolfskin has little revenue or presence. Over time, we will be able to support faster and more profitable growth for our brands by leveraging these relative geographic strikes.”

While the companies were in talks for the last five months, according to Brewer, the roots of the deal date back to 2017 when Callaway made a couple of acquisitions that set the stage for this one. Before Callaway was able to fully pursue a deal of this size and scope, executives needed to show investors and shareholders that they could be successful with M&A, so they started small, Pund said.

“They started by acquiring Ogio, which was composed of half a golf business and half an outdoor business,” Pund said. “That was a first step that went very well. Then they acquired TravisMathew, which had a large and growing golf and leisure apparel business, something that was new to Callaway. With both of those going well, it was time to take the leap to a bigger deal and this one came about.”

Bags and backpacks company Ogio, which became a part of Callaway in early 2017, spoke with SGB at Outdoor Retailer Winter Market (before news of this latest deal were publicly known) about the advantages of being part of larger portfolio of brands. Even if the companies differ in product offering, they are able to share resources, ideas and much more.

Nathan Adelman, senior marketing manager for Ogio and formerly a marketing executive for Callaway, said the collective power of individual brands under the financial backing of a strong owner is able to elevate each one of them.

One question that is sure to arise post-acquisition is how Callaway will position its channel strategy with this new outdoor brand asset. Pund said the company plans to take a “slow and methodical” approach when looking at which products belong in which channels, but product and channel crossover is nothing new in the outdoor world, as evidenced by core outdoor brands being sold in such channels as Big Box or Farm & Ranch.

“You shouldn’t expect to find Jack Wolfskin products in golf shops, nor should you expect to get a free Callaway driver with every tent you buy,” Pund said. “But you will see crossover with products over the years consistent with how we recreate and do multiple things, and the strength and power of both of these companies’ teams and brands.”

Brewer said the channel strategy is still being discussed, but that the number and diversity of doors that Callaway is in, plus the obvious targets for Jack Wolfskin product on the outdoor specialty side, will make for some interesting possibilities.

“On the distribution side or the sales channel side, there are many of our customers that would overlap,” Brewer said. “We’re not, at this point certain that they will be the right ones for Jack Wolfskin, but there are also are opportunities in the outdoor space that we currently don’t do any business with that will be new potential relationships.”

Callaway shares were down 77 cents, or 4.4 percent at market close Tuesday (there was no trading Wednesday), though that dip has likely more to do with soft golf numbers such as declining rounds played. Meanwhile, analysts were upbeat on Callaway’s outdoor play. Though surprised, they believe Callaway and Jack Wolfskin will be mutually beneficial for one another in today’s marketplace.

In a note to investors, Brett Andress of KeyBanc Capital Markets wrote: “Callaway’s acquisition of Jack Wolfskin (JW) was viewed as unconventional, and it will take some time for investors to digest, but we lean on management’s impressive track record with recent acquisitions and several pockets of untapped opportunity to get comfortable with Friday’s deal. While JW brings some execution risk and reduced visibility, there is sufficient [long-term] potential for the brand, and we maintain our positive stance on Callaway’s core into a product-rich FY19.”

And Dave King of Roth Capital Partners wrote in his note to investors: “While some may worry that Callaway is moving beyond its core competency of golf, management sees opportunity to enter high-growth active lifestyle markets that are complementary to Callaway, while diversifying its portfolio both geographically and seasonally and reducing its reliance on hard goods. Some investors may also question whether this transaction comes ahead of slower trends in Callaway’s legacy business after two years of robust gains, though management previously noted its expectation for growth in 2019 helped by a strong product pipeline.”

Look for much more on this acquisition in SGB Executive, including comments from Jack Wolfskin once the deal is closed and color from brand representatives at Outdoor Retailer Snow Show in January.