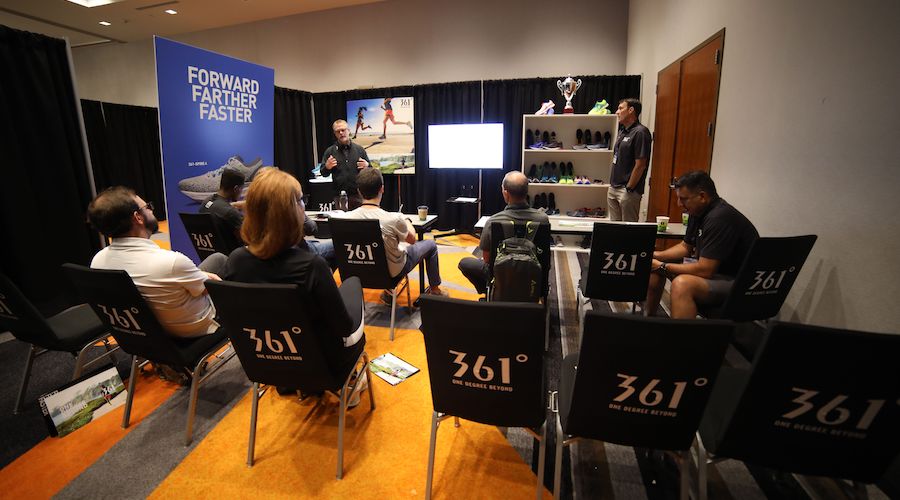 As the sales director for Nike running, Scott Gravatt spends much of the year traveling to trade shows and sales meetings around the globe, but no matter his destination he likes to log a few miles on the trail too.

During this week’s trip to Colorado, however, as much as Gravatt was jonesing for a jog in Boulder or Golden, he was especially excited to spend three meeting-packed days inside a downtown Denver hotel.

Because that’s where he was able to show Nike’s fresh crop of shoes to the lifeblood of the industry—run specialty retailers.

Nike was one of 26 running footwear, apparel and accessory brands—both large and small—that descended on Denver this week to present their newest offerings at the Running Industry Association’s inaugural Kick Show, held June 3-6 at The Curtis Hotel.

With the tagline of “Where Run Specialty Goes to Work,” the strictly business show paired 65 retailers with those brands to solidify their partnerships and help them grow sales across the run specialty channel. And throughout the event, brands made it known how vital the channel is to the growth of running footwear, apparel and accessories—even as e-commerce and direct sales take a bite out of their business.

“This channel has obviously gone through some ebbs and flows over the last 10 years, and I feel like it’s on really solid ground right now,” said Tom Carleo, VP of running/outdoor, New Balance. “A lot of that ground is based on newer ownership or people that really rebooted their strategies and plans. It’s fun to meet a lot of new folks and also connect with some of the people who’ve been around a long time.”

Read more about RIA Kick Show here in our conversation with Terry Schalow.

Plenty of other brands said the same thing about getting their 2020 product lines in front of the run specialty shops that serve as the sport’s front line. And the Kick Show allowed brands to showcase their newest offerings without the need for the splashiest booth or best swag because the “pipes and drapes” format made it a more buttoned-up business affair.

That’s one of the factors that attracted 361 Degrees USA to the show’s debut. Although 361 is well-established globally through its Chinese-based parent company, 361 Degrees International Ltd., the U.S. division is almost a startup of sorts as it grows into new specialty accounts. Increasing brand recognition and getting into more doors made the Kick Show especially intriguing, according to the company’s president, Jim Monahan.

“It’s all about, ‘Let’s just sit down and talk business without all the distractions.’ It’s not about who’s got the bigger booth,” Monahan said. “It was smart for Terry [RIA Executive Director Terry Schalow] to say, ‘Let’s just make it a working event and let’s remove all the pomp and circumstance.’ I think it also loosens up the brands as well. It’s a level playing field here so we can all say hi and shake hands. We’re all trying to move the industry forward together. Some are big, some are small, but at the end the day, it’s our responsibility to move forward with the retailers. And that’s what we’re doing here.”

“RIA has done a yeoman’s job of bringing together some of the best retailers in the country,” Alvear said. “And it gives us an opportunity as a leadership team the access to directly speak to these decision-makers, owners and buyers of the retailers in a concentrated amount of time. For us, it’s a highly valuable opportunity to speed date with all the retailers. And it’s important, especially for emerging brands but even for the mature legacy brands, to bring the channel together.”

As the channel came together for three and a half days of product presentations and “top-to-top” meetings (store owners chatting with brand execs), it also created a different kind of discourse for a trade show, according to Todd Dalhausser, president of Altra, one of VF Corp.’s recently acquired brands.

Typically, he said, a show is more about over-the-top booths than an equitable exchange of ideas between brand and retailer.

“The vendor community spends a lot of money to be there,” Dalhausser said. “We’re entertaining and we’re presenting to the accounts, but are we getting the right feedback that we can act on? In this type of setting, we can have good meaningful conversations. And there are four or five retailers sitting together. They’re learning from each other, they’re sharing best practices, they’re realizing that what they’re asking for and what they may be talking about isn’t so unique to their territory.”

The response from retailers was equally upbeat. And just as the brands in attendance ranged from startup to billion-dollar public company, the retail contingent also was diverse.

“There’s a gamut of retailers here too,” said Bob Kennedy, who owns Athletic Annex in Indianapolis, IN. “There are retailers who are connected with most of the big brands and whose leaders have a direct line of communication with those brands. And there are other retailers who new to the industry. No matter what, being able to sit Jim Weber [of Brooks] and Tom Carleo was great. That level of leadership being present and accessible says a lot. It means we’re in this together.”

Mark Jimenez and Joshua “Dewey” Deuermeyer are relatively new to the run specialty world, having bought Red Rock Running Co. in Las Vegas, NV, in March 2018. But the duo has clearly committed to growing their business; they attended The Running Event last December and now the Kick Show.

In Denver this week, they were able to “divide and conquer,” they said, taking advantage of both the product presentations and the top-to-top meetings with brand leaders as they worked to firm up relationships with current vendors and vet prospective new ones.

“We have several meetings with brands that we don’t currently carry that I just want to know more about—to ask the question, ‘Are we missing something?’” Deuermeyer said. “It will be nice to get a new perspective.”

It was also nice for this small, two-door specialty shop owned by relative newcomers to sit and converse with longtime executives and product managers at the world’s biggest brands and feel, well, special.

“Nike is a brand that we had an account with, but we hadn’t carried,” Jimenez said. “When I walked in to meet with them, they knew who I was. I thought that was nice. I think there’s value in that, especially because they are a huge company.”

“Value” came up a lot in discussions with retailers and brands. So did the word “intimate.” It’s a feeling that Burke Beck, owner of Red Coyote in Oklahoma City, OK, said came through in meetings that allowed retailers to present a unified front with brands about what’s working and what’s not in the channel.

“It’s nice to have two or three other retailers with you in these meetings,” she said. “We can bounce ideas off each other and take them to the brands so it’s not just like my issue, but everybody is confirming this issue.”

Another thread that united the show, said many attendees, was how all stakeholders in the run specialty channel are charged with growing the sport. Each link has a role to play in getting more people to participate, and while events like the Kick Show are making strides toward that end, plenty of distance is yet to be covered.

“I think everyone’s working hard to get there, but sometimes there’s a disconnect between the vendor and the retailer,” said Jeff Metzdorff, owner of Mill City Running, Minneapolis, MN. “The vendor is definitely trying to tell that story and the retailer is definitely trying to tell that story, but there’s a clear opportunity for us to work in an even more collaborative way to further that story. One term I’ve been hearing a lot the last few days is ‘democratize.’ We all want to democratize the sport and make it more welcoming. We’re all trying, but I think we can do a better job.”

Democratizing the sport is mission critical up and down the channel, and the way brands and retailers at Kick Show interacted with their respective channel partners highlights how well it can work.

Retailers were here to better understand their current brands and perhaps do business with new ones. And brands were here because they understand run specialty retailers are much more than just a channel for selling product. In the end, it all came down to one thing—their common goal of growing the pie for everyone and the passion they share for their sport.

“What we hear from our running specialty accounts is the most important thing in the world. And they’re almost the only people that we’ll listen to. Because they’re just like us.” 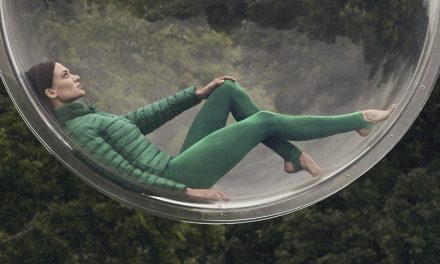