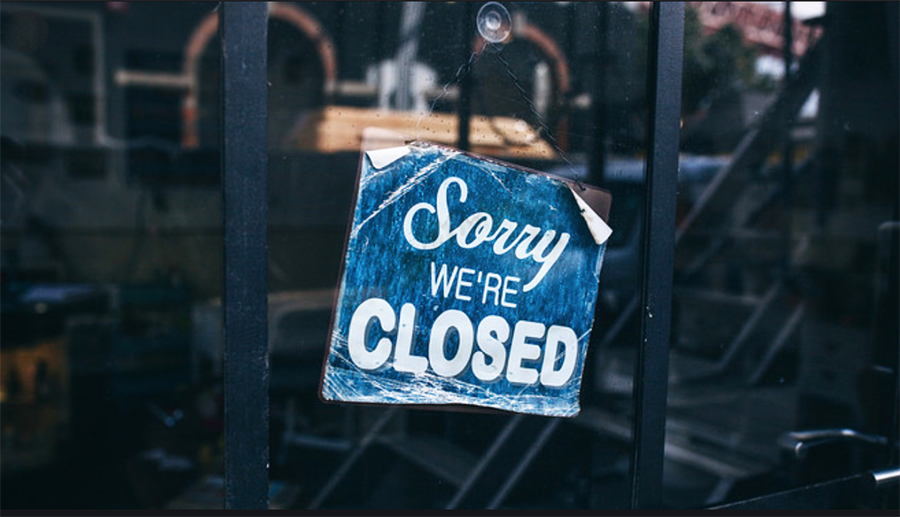 Retail sales in the U.S. plummeted 8.7 percent to $483.1 billion in March from the previous month, their largest dip in three decades since the government started tracking the data, the Department of Commerce reported Wednesday.

As consumers stay home to stop the spread of the coronavirus, the retail landscape has been decimated. Tens of thousands of stores deemed non-essential have been shuttered and an estimated million or more retail employees have been furloughed or laid off.

“COVID-19 has hit the retail industry unevenly,” said Jack Kleinhenz, chief economist for the National Retail Federation (NRF). “This is a market of haves and have-nots. The haves are the stores that remain open with lines out the doors to buy daily necessities while the have-nots are the stores that have closed and are taking the brunt of the impact of the pandemic. These numbers should come as no surprise given the mandated shutdown of our economy to slow the spread of the virus.”

But that is just the first sign of what is sure to be a season-long bloodbath across the retail sector for any business not selling essential items such as groceries. The April report, which will be released on May 15, will likely show an even steeper decline since many states didn’t force non-essential businesses to close until late March or early April.

“March was a month that started out with many stores still open, but far more are closed now,” Kleinhenz said. “Don’t be surprised if the data going forward shows a worsening situation. Even if the economy begins to reopen in May, consumer behavior may take a long time to adjust. The road to recovery could be long and slow.”

Total sales for the first quarter (January through March) were actually up 1.1 percent from the same period a year ago, but retailers of all sizes and across most consumer categories (except food) were impacted by the coronavirus as the period wore on.

The advance estimates of U.S. retail and food services sales for March were adjusted for seasonal variation and holiday and trading-day differences, but not for price changes. In addition to the 8.7 percent decline from February, last month’s sales were down 6.2 percent from March 2019.

Consumer goods were hit especially hard last month. While sales of food services—a category that includes grocery stores, restaurants and bars—increased 28 percent from March 2019, clothing and clothing accessories stores were down 50.5 percent from the year-ago period.

And the category that includes sporting goods sank 23.3 percent last month. Look for that number to continue falling as many retailers show no signs of re-opening their brick & mortar locations and are instead relying on e-commerce to supplement their lost in-store sales.

For example, Dick’s Sporting Goods wrote in a recent regulatory filing that it has seen a “significant reduction in customer traffic and demand” since March 10 resulting from the continued spread of COVID-19, although online growth has accelerated.

The retailer also said with moves to bolster its cash position and expand its borrowing capacity, it will “be able to continue operations for several months, even with stores remaining closed.”

Dick’s said its e-commerce business has continued to operate and growth has accelerated. Dick’s wrote, “Since the first day that our stores were closed to the public, our e-commerce sales growth has significantly accelerated and has exceeded our expectations, which have partially offset our lost sales from our store closures. We have also continued to leverage our store network for ship-from-store and Contactless Curbside PickUp, allowing us to sell through inventory in stores and provide service to our customers who want to pick up their items.”

Another key retailer for this space, REI Co-op, which closed its doors in mid-March, was forced to furlough most of its retail employees for 90 days in response to the coronavirus. CEO Eric Artz made the announcement in an email sent to the “co-op community.” Click here to read the full letter.

Department stores are also suffering immensely. J.C. Penney Co. is exploring filing for bankruptcy as the pandemic has sidetracked its turnaround plans, according to a Wednesday report in Reuters.

Macy’s, whose stores have been closed since March 18, has retained the investment banking firm Lazard to help manage its liabilities and explore options that could include new financing, sources told Reuters. However, no debt restructuring is imminent.

Macy’s last month said its stores would remain closed until “we have a clear line of sight on when it is safe to reopen,” which is the central question in determining the retail sector’s rebound.

Grocery stores and gun shops continue to do well, however. The latter includes such retailers as Sportsman’s Warehouse Holdings Inc., whose CEO, Jon Barker, told SGB Executive last month that the company is benefiting from its status as an essential business in most states and that sales of firearms and ammunition, in particular, are soaring.

While store traffic as decreased somewhat because of stay-at-home orders, the retailer’s e-commerce is up, Barker said, noting that “traffic to the site has grown to a level we’ve never seen before.”

Despite a few outliers, most retailers large and small and across all consumer categories are hurting. Many are taking measures to preserve liquidity and drawn down on their credit lines.

Help is also coming from a variety of sources. The $2 trillion stimulus package, called the Coronavirus Aid, Relief and Economic Security (CARES) Act, should provide some relief for businesses with more government aid likely to be passed in the coming days. But that money may not flow to all retailers, analysts have said.

Meanwhile, the NRF’s educational arm, the NRF Foundation, this week announced today that it is offering its introductory RISE Up course for free “to train more people with the foundational skills needed to secure jobs in retail and beyond.”

“As the nation responds to the coronavirus, many retailers are currently hiring for 1 million open positions due to increased consumer demand, and people who earn a RISE Up credential will be better prepared to serve in these roles,” said Adam Lukoskie, VP, NRF Foundation.

The course, called Retail Industry Fundamentals, is self-paced and can be completed online in approximately five to seven hours. It is available at no charge through June 12 at nrf.com. NRF’s website has additional COVID-19 information and resources for retailers.