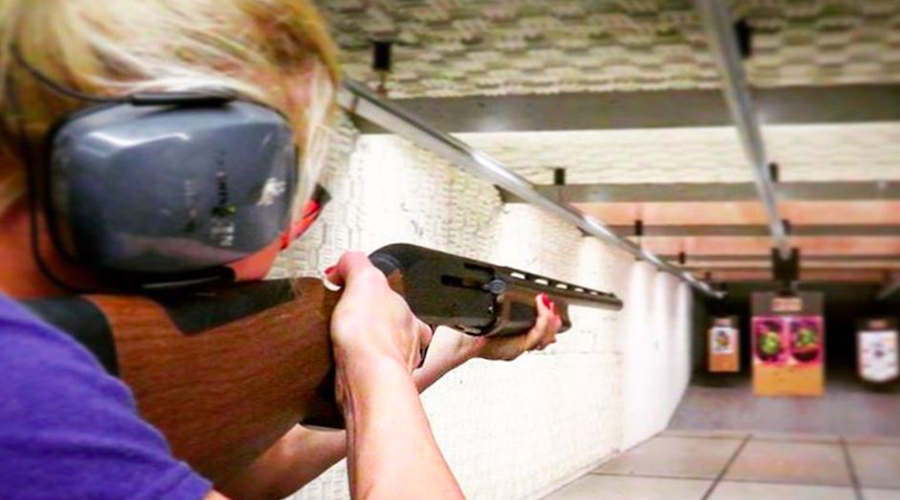 The firearms industry suffered another blow Sunday when, as expected, Remington Outdoor Co. filed for Chapter 11 protection in the U.S. Bankruptcy Court for the District of Delaware.

While the move gives the Madison, N.C.-based gun and ammunition manufacturer a path toward restructuring $700 million in debt, it also signals another setback for an industry that is reeling from a host of anti-gun sentiment that includes sagging sales, retailers implementing new restrictions and even nationwide demonstrations calling for gun control.

These developments, at least the financial struggles, are the result of what some firearms industry analysts are calling a “Trump Slump” – Donald Trump’s election hurt gun sales, while a Hillary Clinton victory would have had the reverse effect.

But the slump is more of a market correction, according to Brian Rafn, a gun industry analyst with Morgan-Dempsey Capital Management, LLC, who pointed out that the surge of gun sales during Barack Obama’s presidency was bound to “come back down to earth.”

“From 1945 to about 9/11 (2001), the gun industry was a 3-million-to-6-million-unit-per-year business in the United States,” Rafn said. “We went from a 3-million-to-6-million-unit-per-year business to 16, 17, 18 million units per year. It was triple the post-World War II high. We have an absolute motherlode of guns. … You’re seeing some rationalization in supply.”

Remington’s bankruptcy filing, which the company had already said it would pursue, fits that trend. However, the company has no plans to stop making guns, Remington confirmed Monday morning following the formal bankruptcy announcement.

“We will be positioned to grow our business, continue to innovate and introduce new products, to expand our partnership with new and existing customers and to capture opportunities in new markets,” said Anthony Acitelli, Remington’s CEO. “We are confident that we will continue our long-held leadership position in the sporting goods industry and that we will persevere to remain in the company of the most venerated, respected and admired brands and companies in the United States.”

The path to Sunday’s Chapter 11 filing began for Remington when its Bushmaster .223, an AR-15-style gun was used in the 2012 shootings at Newtown, Conn. that killed 20 children and six adults. Families of the victims sued Remington, sparking legal and financial woes for the gun maker.

The company’s private equity owner, Cerberus Capital Management, announced soon after the tragedy it would sell Remington. Lawsuits coupled with sagging sales that set into motion the company’s decision to pursue Chapter 11 protection, as announced Feb. 12. At the time, Jim Geisler, Remington’s executive chairman, commented, “Difficult industry conditions make today’s agreement prudent. I am confident this regrouping ensures that Remington will continue as both a strong company and an indelible part of our national heritage.”

“Importantly, the fundamentals of our core business remain strong,” added Acitelli. “We have an outstanding collection of brands and products, the unqualified support of a vibrant community across the industry and a deep and powerful culture. We will emerge from this process with a deleveraged balance sheet and ample liquidity, positioning Remington to compete more aggressively and to seize future growth opportunities.”

Under the restructuring, holders of Remington Outdoor’s $550 million term loan will receive an 82.5 percent equity stake in Remington while third-lien noteholders get 17.5 percent of the company and four-year warrants for a 15 percent stake. Cerberus Capital Management LP will lose ownership in the bankruptcy.

Creditors will also provide a $100 million debtor-in-possession (DIP) loan to finance operations throughout bankruptcy. Upon exiting bankruptcy, the DIP term loan will be converted into an exit term loan. With the consent of a majority of the holders of the term loans and the third lien notes, Remington Outdoor will provide a $45 million delayed draw first-out first lien term loan to the operating company.

In sum, the plan is designed to reduce approximately $700 million of Remington’s debt and support the contribution of $145 million of new capital into Remington’s operating subsidiaries, markedly strengthening the company’s consolidated liquidity, balance sheet and long-term competitiveness.

In court papers filed with the U.S. Bankruptcy Court in Wilmington and obtained by SGB Media, the company plans to exit bankruptcy proceedings as soon as May 3.

SGB Media will continue to monitor Remington’s reorganization, as well as the overall trend of gun sales amid its elevated position in the national debate.