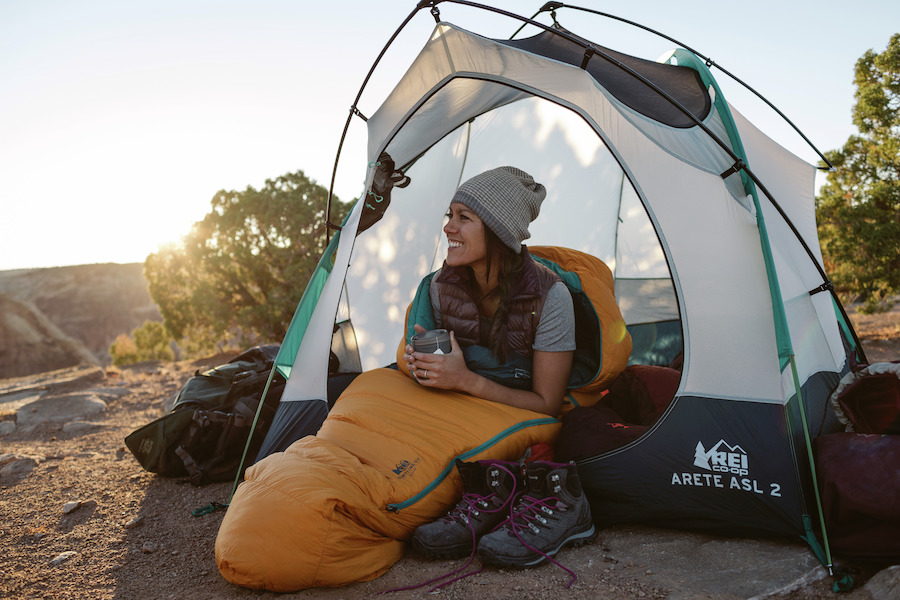 For all the tumult REI Co-op faced earlier in 2019 due to the sudden resignation of CEO Jerry Stritzke, the company is clearly on solid ground after reporting that 2018 was its strongest sales year ever.

Bolstered by record revenue and a firm understanding of changing customer demands in today’s evolving retail landscape, REI has big plans in 2019 as it recommits to the outdoors, reinforces its omnichannel strategy, and ramps up its rental and used gear programs.

Kent, WA-based REI on Tuesday reported a record $2.78 billion in revenue, up 6 percent from the prior year. Comp sales were up 4.8 percent, and REI added more than 1 million new members, bringing its total membership to more than 18 million.

Eric Artz, REI’s interim president and CEO, credited the co-op’s unwavering commitment to the outdoors for its success last year, including again closing all stores on Black Friday for the annual #OptOutside campaign and also donating a percentage of profits to outdoor causes.

“Today’s results show that doing good is good business,” Artz said. “We have a strong foundation, but we must do more. As a community, we must confront the serious problems facing society. Most of the U.S. population is disconnected from nature, spending more time inside than outdoors. We need to reverse that trend. Spending time outside isn’t only good for people’s health. It connects people to something bigger—a desire to fight for the future of life outside.”

REI in 2018 touted a handful of accomplishments around that commitment to do more—for both the greater outdoor community and its adventure-loving customers. These included:

It was able to do so thanks to solid financials in 2018. Operating income in the year dipped slightly to $186.5 million from $188.5 million a year ago, while gross margins improved 20 basis points to 43.7 percent from 43.5 percent in the same period a year ago. The sales and margin improvement offset an increase in operating expenses by 8 percent to $1 billion, or 37 percent of sales, up from $951.7 million, or 36.3 percent of sales, a year ago.

And REI in 2018 generated a net income of $47.1 million, meaning it gave more than four times that amount to members through dividends and credit card rewards while also donating a significant chunk to outdoor causes.

And this year will see REI reach a major philanthropic milestone as part of that pledge to do more, as Artz and Board Chair Steve Hooper penned in a letter to co-op members on Tuesday.

“The REI community will have invested more than $100 million in the health of the outdoors since our founding, helping communities all over the country, from Alaska to Arizona, California to Connecticut, Maine to Montana, New Mexico to New Jersey, Oregon to Ohio,” they wrote. “States spanning the U.S. have benefited and every REI member has helped. With each purchase, more than 70 percent of profits go back to the outdoor community—to employees, to you as members, and to hundreds of organizations who serve as stewards of the outdoors, close to home and further afield,”

In the co-op’s financial report, as well as the letter that Artz and Hooper wrote, REI honed in on the importance of stewardship and sustainability, and nowhere was that more evident than in the co-op’s outline for increased focus on rentals and used gear.

According to the company, REI in 2019 will build on its “longstanding philanthropic and advocacy efforts … to make the outdoors more accessible and sustainable by significantly expanding its gear rental program and investing in used gear and gear trade-in options—in-store and online. New rental options will include snowshoes, skis, snowboards, fully equipped camping and backpacking kits and more in 115 stores across the country.”

REI cited the growing number of millennials—36 percent, according to studies—who would rather rent gear or buy it used in order to save money and promote sustainability while in pursuit of an active lifestyle.

“The idea is both to lower the barrier to entry for getting outdoors and to help keep gear out of landfill,” Artz and Hooper wrote. “In 2019, we are scaling up.”

Ben Steele, REI’s chief customer officer, expanded on the reasoning behind the scaling up of these programs.

“We’re determined to make it as easy as possible for people to make more sustainable choices,” he said. “In 2017 we made it possible to search for product sustainability attributes online, and in 2018 launched our Product Sustainability Standards to ensure that every product we sell meets a minimum set of expectations. In 2019, we see the expanded rental and used gear program as keeping us moving toward a sustainable and accessible outdoor future by offering new models of access to great outdoor gear and apparel.”

The upbeat financial report was welcome news for REI, which made headlines a couple of months ago for all the wrong reasons.

On February 12, REI announced that then-President and CEO Jerry Stritzke had resigned from the co-op after the company’s “investigation into the facts and circumstances surrounding a personal and consensual relationship between Jerry and the leader of another organization in the outdoor industry.”

That morning, at an employee meeting at REI headquarters, Hooper announced that Stritzke would be leaving the co-op on March 15 and replaced by Artz, then the co-op’s COO, on an interim basis.

SGB gauged industry reaction from vendors and other partners with an in-depth, follow-up article, Can ‘Bench Strength’ Bolster REI During Leadership Transition?.

While most weren’t willing to comment on the record, the general consensus was that REI was, and is, bigger than any one executive, and they remained confident in the co-op’s ability to handle the PR situation thanks to an apparent “bench strength” in their leadership ranks, starting with Artz.

Most agreed that it was going to be business as usual at the co-op for vendors and consumers alike, even as unconfirmed rumors festered around the industry about the real reason for Stritzke’s departure. All of which means Tuesday’s stellar financial report could bring some closure of sorts to the co-op, which is squarely focused on leveraging a strong 2018 for even loftier aspirations.

However, the matter of finding a new permanent CEO still looms, as does a tough retail environment with more sales shifting online.

In regard to the latter, though, REI continues to invest across its sales channels. This year, the co-op plans to open six brick-and-mortar stores in the U.S., including four new states, while also seeing e-commerce flourish. In fact, online sales grew in the high-teens to about 30 percent of total sales, Artz told Forbes.

As another means of doing more, the co-op on Tuesday launched Find Out, a “new national brand campaign which reframes how people think about the powerful role the outdoors can play in their lives and sets out to tackle head-on the trend that more than half of Americans do not recreate outside even once a year.”

“No matter if you live in a city or have access to wilderness, we want to help more people discover how time outside makes life better. All the science shows it,” Artz said. “We can inspire people, but we can also make it easier and more affordable to get outside, more sustainably. We do this in part by offering high-quality products that are designed to last, and by coming up with inventive ways to maximize the lifespans of those products.”

REI didn’t make any acquisitions in 2018, but in February of this year the co-op announced the acquisition of its long-standing adventure travel partner Arizona Outback Adventures (AOA).