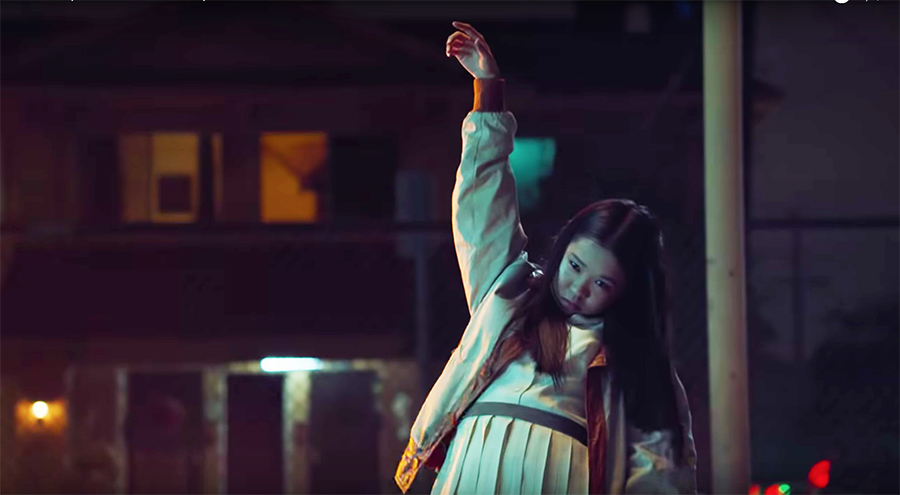 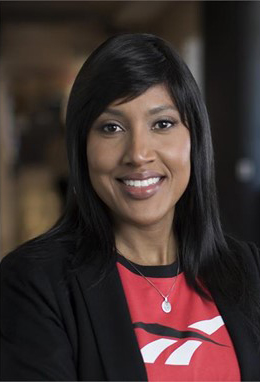 Melanie Boulden, pictured left, joined Reebok in April 2018 as Global Head of Marketing and Brand Management to “help reignite Reebok’s connection to fitness but also open the aperture to reignite Reebok’s connection to pop culture, fashion, and entertainment.” This is why, in the future, a lot of the initiatives we will see from Reebok will not only be fitness-oriented but will also have a bent toward lifestyle.

For a long time in the active outdoor space, we have seen a blurring between the lines of fitness, fashion, and lifestyle. With  Boulden at the helm, Reebok is “really poised to take advantage of the trends right now” with the brand’s “strong heritage in the classic’s business as well as the growing performance/sports business.”

One of the critical pieces Melanie has focused on since starting her job is “helping Reebok understand [our] consumer a lot more, who [we’re] talking to, where the opportunities are for growth, and where we can drive more momentum.”

According to Boulden, who we interviewed for this article on April 2, one of the big “a-ha’s” that Reebok has found is that while the brand is for “anybody and everybody” — meaning any body type and everybody — “there is an opportunity to talk to the 20-something’s (18-to-29 year-olds).

While in general everyone knows the Reebok brand, “it has strong awareness,” Reebok found that this particular group, even though they are “very fitness oriented and fashion-forward, doesn’t know a lot about the Reebok brand.”

Reebok intends to change that with Boulden’s  first global marketing campaign called ‘Sport The Unexpected,’ to “really introduce” the brand’s “heritage and voice,” and to let [them know] that the brand is “bold and daring and a little provocative at times.”

The global campaign centers on “three strong films” as well as “social media and various activations.” The campaign kicked off last month with the film called ‘Storm the Court.’  Watch here or click on the still from the movie below. 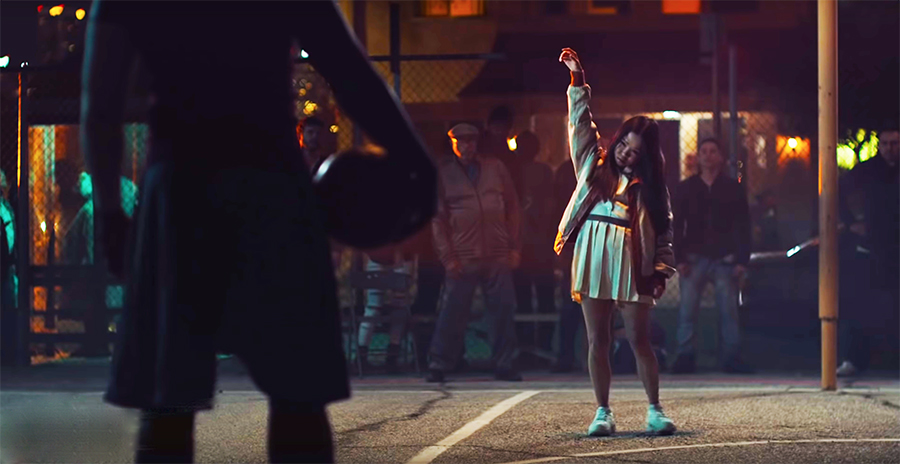 In the U.S., starting April 22, Reebok will air the second in the film series called “Back From Where We Started” which takes a trip back in time and features one of Reebok’s classic franchise models, the iconic Club C. The film will run through early June.

From June through August, timed with back-to-school, Reebok will launch “an amazing film”, the third in the series, and a “very strong surprise for the brand”, with more details forthcoming.

Future iterations of ‘Sport the Unexpected’ will feature both Classics and Performance product.

The films are part of the overall marketing mix for Reebok.

“If you look at the marketing coming from our industry over the years, it looks similar. With this campaign, we’re breaking convention and offering an alternative point of view on sport and life. We want consumers to know there is an alternative in the category. We want them to be proud to sport the unexpected,” said Boulden

While the film may spark conversation, what is the message? Is Reebok a performance brand or a fashion label for the 20-somethings?  Innercity-centric or the general voice?  Hard to tell.