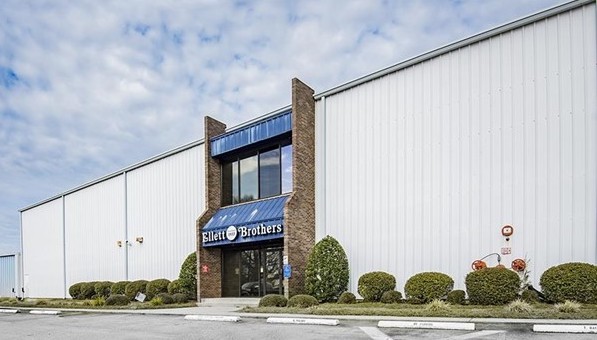 Although May was a relatively slow month for mergers and acquisitions activity in the outdoor and active lifestyle space, a few eye-opening transactions dominated headlines because they fell outside the scope of traditional deals.

While the firearms industry has had its share of woes (click here or the article link below for a rundown), most of the problems have been on the supplier side. The situation that arose at AcuSport—a distributor without the financial standing of a manufacturer—could happen elsewhere, triggering a spate of M&A in the middle of the supply chain as companies look to find stable partnerships.

The other big deal from last month involved iconic outdoor brand Helly Hansen being sold to retailer Canadian Tire Corp., which operates Mark’s and SportChek. The sale raises some questions and could be a catalyst for change across the outdoor retail landscape.

Will retailers still want to sell Helly Hansen gear knowing it benefits a foe? And how will brands feel about remaining in Mark’s and SportChek, knowing those stores could push Helly sales above their own?

Here are some more details about those deals:

The 411 – The assets of AcuSport, a Bellefontaine, OH-based distributor of shooting and hunting products that filed Tuesday for Chapter 11 bankruptcy protection, will be acquired by Ellett Brothers LLC, a wholly owned subsidiary of United Sporting Cos. According to a USC press release, the company “intends to acquire and operate AcuSport’s distribution center and related systems in Bellefontaine, OH, and will assume the leases for the satellite distribution center in Salt Lake City, UT, and its Waite Park, MN, sales office. USC expects to offer employment to a significant number of AcuSport employees at the time of closing. USC has also offered to buy any remaining inventory from AcuSport’s creditors.”

Reaction – “We believe today’s Chapter 11 filing, in conjunction with the United asset purchase agreement, is the best path forward for our employees, customers and vendors. We plan to accommodate the needs of our customers to the greatest degree possible through our sales and customer service teams.”
– William L. Fraim, CEO, AcuSport

What’s next? – Softness in the firearms industry could have ramifications in the middle of the supply chain, not just at the manufacturer level. The AcuSport story could be a cautionary tale that sparks other distributors to proactively seek a merger or sell to a larger buyer with enough capital to withstand a downward sales cycle or tightened credit market. “You’re probably going to see more consolidation and you’re probably going to see others that are on shaky standing say, ‘Hey, we’ve got to start [M&A] negotiations before we end up walking down the bankruptcy aisle,’” said gun industry analyst Brian Rafn.

The 411 – Canadian Tire Corporation Ltd. agreed to purchase Helly Hansen, the maker of sportswear and workwear based in Oslo, Norway, for  C$985 million (US$771 million). Canadian Tire will acquire the company from Ontario Teachers’ Pension Plan, which owns and operates the Helly Hansen brands and related businesses. Founded in 1877, Helly Hansen’s core categories include sailing, skiing, mountain, urban, rainwear and workwear. With wholesale and retail distribution capabilities, the brand sells to more than 40 countries.

Reaction – “We’ve been really focused on the brand and the people and making sure we’re consistent on our strategy—the combination of focus and financial discipline, but really investing in the brand design and development. We are on a five- to 10-year journey to transform this business. It’s gone well so far and I think we have the ability to go further.”
– Paul Stoneham, CEO, Helly Hansen (as quoted in an SGB Q&A)

What’s next? – More than what the deal means specifically for Canadian Tire and Helly Hansen—though there’s plenty of speculation about what changes, if any, will happen with the brand—the sale triggered speculation about similar deals happening across the industry. More retailers acquiring brands to gain instant category growth and to survive in the Amazonification of the retail world is entirely possible, according to Nate Pund of Houlihan Lokey. “Retail can’t survive as a third-party seller anymore and needs to own their own brands,” he said. “And it’s cheaper and faster to acquire than to create from scratch.”

Other Deals from Last Month

In case you missed it, here are other notable deals that occurred in May (click the headline to read the full story on each):