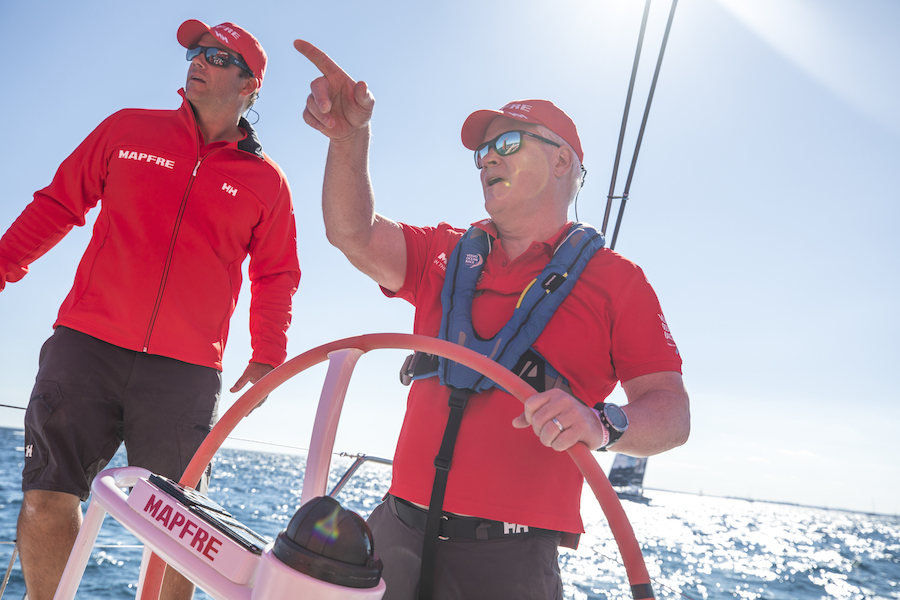 Helly Hansen is being sold to Canadian Tire Corp. for about $771 million in a deal announced early Thursday, but don’t look for sweeping changes at the iconic Norwegian outdoor brand.

However, it’s not necessarily all business as usual at Helly Hansen. Some changes are bound to happen following an ownership change, according to CEO Paul Stoneham, who spoke with SGB soon after the deal was announced.

CTC and Helly Hansen want to expand the Helly brand in markets like Canada while continuing down the current—and quite successful—path Helly Hansen is traveling. The company’s revenue increased 18 percent to NOK 2.9 billion (US$359.8 million) in 2017 while operational EBITDA rose 25 percent to a record NOK 255 million (US$31.6 million).

Now the two companies share the common goal of building on that momentum, Stoneham said.

“We’ve been really focused on the brand and the people and making sure we’re consistent on our strategy—the combination of focus and financial discipline, but really investing in the brand design and development,” Stoneham told SGB. “We are on a five- to 10-year journey to transform this business. It’s gone well so far and I think we have the ability to go further.”

Here is the rest of what Stoneham shared with SGB about Helly Hansen’s sale to CTC and where the companies go from here: 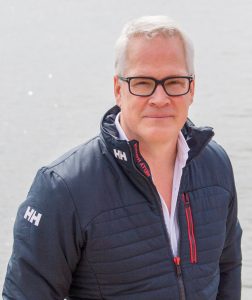 Why was this a good deal for Helly Hansen? We’ve done a three-and-a-half year of growth plan that we laid out in early 2015. The focus has been rebuilding the company in that first period and refocusing on a very clear growth strategy. By the end of 2017 we were thinking we would exit at the end of year five, which was 2019 or 2020. We’ve accelerated our growth and it’s to the point where we did a combined growth rate of 12 percent the last three years at the top line, 36 percent at the bottom line. That accelerated yet again to 16 percent growth in 2017 and 2018 looks like it’s even heavier growth.

What does Canadian Tire bring to the Helly Hansen brand? CTC pursued us. They put a very good number on the table and said that this is a good fit between the two businesses. Helly is an iconic brand for them. We work well in their FGL Sport Chek banner, so it’s going to be good addition to their business. We have highly complementary skill sets between the technology, data analytics, retail expertise and merchandise, and by combining Canadian Tire with Helly’s brand expertise, design capabilities, development and marketing, we had a chance to marry two companies together and get best of both brands. On a go-forward basis, it allows us to accelerate our growth, which is in the heavy double digits right now, much faster without a lot of capital or P&L constraints.

What will and won’t change with the company with regard with leadership, brand positioning, marketing, etc.? You never say ‘business as usual’ because everything always changes all the time, so even with an ownership change, things change. We have a very successful growth strategy right now. What CTC is going to do is back us on that plan. From a strategic perspective, nothing changes. We have a secure backer behind us who believes in the business and is fully supportive of the growth strategy we’re taking. And leadership did not change. We’re all committed to leading the transition and the business going forward. It remains headquartered in Oslo and we run as an independent company within CTC reporting to the executive vice president. But we’re taking it to the point where we’re going to see how we can get a more growth out of Canada and work much closer with Sport Chek and Mark’s. But then, we also want to accelerate some international growth strategies, especially in the U.S. and Europe. With the investment, we can go even harder and faster than we have so far.

What assurances did you have from CTC’s leadership that they were committed to nurturing and growing the Helly Hansen brand, and does that appear to be a priority moving forward? It is a priority. When we look at the price being paid and the business plan—this is a growth plan, not a cost plan. This is a new growth engine for the company. In terms of the Helly brand, we bring new capabilities to the company. From that perspective, we’ve had a very successful run the last four years outstripping the market growth rate. What they’re doing is backing us to continue that trajectory, if not accelerate it, especially in Canada. You look at the price paid—24.3 x EBITDA or two times revenue—you don’t do that unless you plan to back that and think you can get a lot of growth out of it. We’ve proven we can do that with a very secure financial backer. We’ve had deep discussions on strategy, taking them through all our research, all our metrics, all our measures on positioning the brand and where we’re taking it. They like it. They’ve known the brand for more than 10 years of working with us.

How does the acquisition affect Helly’s relationships with retail or e-tail competitors of CTC’s, as well as the brand’s channel strategy? One of the things we’ve done in the last three years was be very clear in our channel strategy. We’ve cleaned up a lot of our accounts in the last few years. The accounts we’re in now are the ones we wish to be in long-term. We feel like Helly has a differentiated offering from a lot of the outdoor brands out there and we provide a unique role, especially in Canada, where probably the biggest points of friction would be, but the reaction has been across the range today. Some people said, ‘Hey, you’ve done a great job.’ Others have said, ‘I’m concerned about this.’ When the dust settles, people will make business-based decisions: ‘If Helly contributes to our traffic … we will keep it, and if they don’t, we won’t.’ I think we have a broad enough range with a differentiated product offering even today with our customers that we should be able to maintain our business, but if we don’t, we can handle that too.