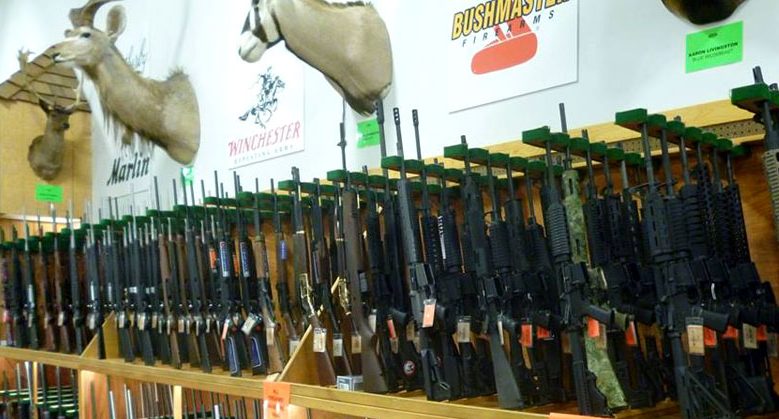 But the ensuing boom also created—as expected—some difficult comps for the Midvale, UT-based retailer, which on Thursday reduced its outlook for the year after results in the first quarter ended May 4 missed analysts’ revenue and earnings estimates.

The company reported a fiscal first-quarter net loss of $5.5 million, compared to a net loss of $5.8 million in the first quarter of fiscal year 2018. Guidance called for a net loss in the range of $3.5 million to $4.8 million. The company’s adjusted net loss was $5.2 million, which excludes expenses incurred relating to the transition of the company’s CFO and the recruitment and hiring of various key members of the senior management team.

Sportsman’s Warehouse reported net sales in the fiscal first quarter decreased by 3.4 percent to $174 million from the year-ago period. Guidance had called for sales in the range of $174 million and $180 million. And same store sales decreased by 5.7 percent from the comparable prior year period. Guidance called for same-store sales to decline in the range of 2 percent to 5 percent.

“The decline was primarily driven by weaker than expected firearm and ammunition sales due to difficult comparisons from event-driven actions taken by competitors in Q1 of last year,” CEO Jon Barker said on Thursday’s earnings call with analysts.

According to the press release Sportsman’s Warehouse issued a couple of months ago announcing the opening, the center “offers the full-machine services of mills and lathes, plus complete refinishing, threading, metal, and stock work. Services also include trigger and sight options, full customization and other work available in three simple ways.”

The new center was designed to build “customer acquisition and engagement” and “engage with our very loyal customer base and further strengthen their relationship with Sportsman’s Warehouse,” Barker said.

On Thursday’s call, Barker reiterated the importance of the Gunsmith Center as the company continues to double down on firearms in light of competitors exiting the marketplace.

“Providing customers options like these is yet another valuable service,” he said. “It provides us the opportunity to strengthen the relationship with our core customer drive engagement, loyalty and ultimately lifetime customer value.”

The company also announced that customers outside Sportsman’s Warehouse geographical footprint are “now able to shop and buy the largest assortment of firearms of any national retailer through sportsmans.com,” Barker said. The company is partnering with select, licensed firearm dealers so that customers who buy from the Sportsman’s Warehouse e-commerce platform can “take delivery of firearms … in a safe and compliant manner.”

Barker touted the importance of such value-added services like the Gunsmith Center and the “buy online, pick up at a licensed dealer” program as ways to strengthen the company’s relationship with existing customers and also attracting new brand loyalists. In fact, the Sportsman’s Warehouse loyalty program grew to 1.9 million members and drove 51.9 percent of revenue in Q1.

And the tough comps should soon come to an end. The firearms business began picking up in the weeks since closing the books on the first quarter, even though ammunition sales have been slow to recover.

“We expected [in] late May, early June to see a more normalized comp pattern, and that has started to flow through on the firearm side,” CFO Robert Julian said on the earnings call. “Ammunition still continues to be a little down year-over-year. I think the consumer hasn’t necessarily gotten back on track with their ammunition sales as quickly as we would have hoped. But firearms are starting to normalize.”

The company slightly lowered its guidance for the fiscal year. It now expects net sales to be in the range of $860 million to $884 million based on a change in same-store sales in the range of (1) percent to 1.5 percent compared to fiscal year 2018.

Sportsman’s Warehouse now projects adjusted net income to be in the range of $20.8 million to $26 million with adjusted earnings per diluted share of 48 cents to 60 cents on a weighted average of approximately 43.2 million estimated common shares outstanding, when adjusted for the executive transition costs incurred in the first quarter of fiscal 2019 relating to the transition of the company’s CFO and the recruitment and hiring of various key members of the senior management team.