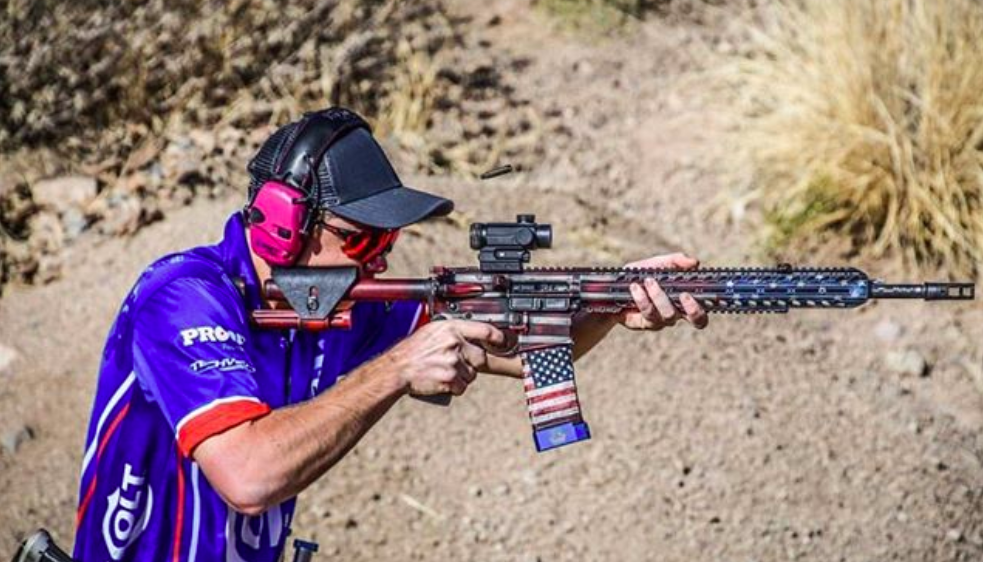 Colt Manufacturing Co. said it is suspending production of military-style weapons for civilian use, including the popular AR-15.

In a statement Thursday, Colt’s president and CEO Dennis Veilleux attributed the West Hartford, CT-based company’s shift to changes in consumer demand and a market already saturated with similar weapons.

The move comes as gun manufacturers and dealers have come under intense pressure following a series of lethal shooting sprees involving AR-15-style weapons.

The company will concentrate on fulfilling military and law enforcement contracts with its rifle manufacturing, Veilleux said, adding the company also is expanding its lines of pistols and revolvers.

“Our warfighters and law enforcement personnel continue to demand Colt rifles and we are fortunate enough to have been awarded significant military and law enforcement contracts,” Veilleux said. “Currently, these high-volume contracts are absorbing all of Colt’s manufacturing capacity for rifles.”

He acknowledged there has been some criticism from gun rights advocates for moving away from the civilian market for assault weapons.

“We want to assure you that Colt is committed to the Second Amendment, highly values its customers and continues to manufacture the world’s finest quality firearms for the consumer market,” Veilleux said. “At the end of the day, we believe it is good sense to follow consumer demand and to adjust as market dynamics change.”

The AR-15, a semi-automatic version of the U.S. military’s M16 — which was standard issue for American ground forces for decades — has come under particular fire in recent years from gun-control advocates. They point out that the weapon, along with similar rifles made by Colt’s competitors, has been used frequently in mass shootings.

Adam Winkler, a gun policy expert at the UCLA School of Law, was quoted by The Associated Press as saying the company needs to tread lightly to keep from antagonizing its customers.