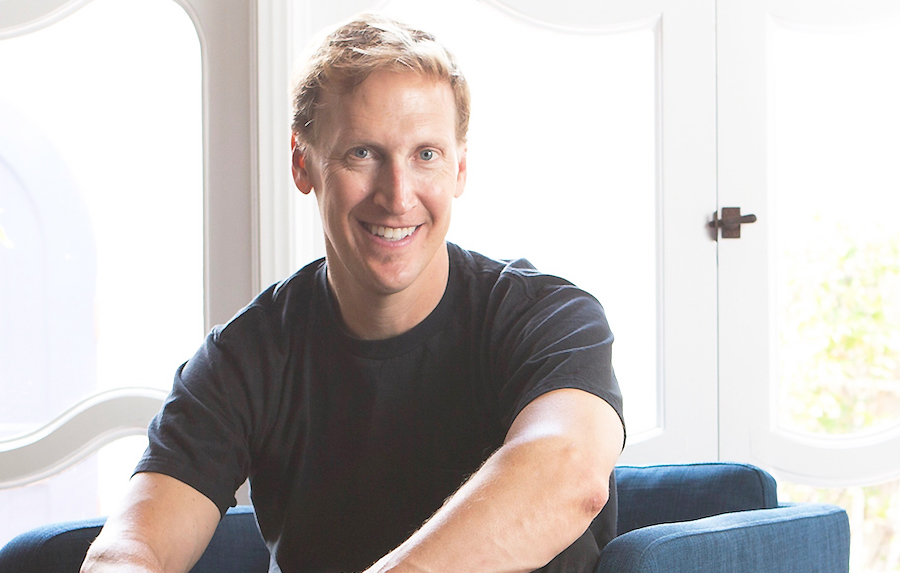 One year later, at the 2019 Snow Show, the Denver, CO-based ski resort owner/operator planted itself in the same high-profile spot atop the convention center escalators but with a new triumph to tout—the celebration of a successful first season that altered the industry landscape and put other pass providers on notice.

Erik Forsell, Alterra’s chief marketing officer, spoke with SGB Media at Snow Show about a range of topics related to the first full year, and almost completed first full ski season, of both the company and Ikon Pass. Forsell and this reporter sat, appropriately, in a ski chair painted in Ikon Pass blue and yellow to talk about pass usage trends, if Alterra measures itself against Vail Resorts, ongoing resort consolidation and how industry stakeholders can help drive ski/snowboard participation.

Forsell has been with Alterra since its inception, taking on the same role he held at Mammoth Resorts following the 2017 joint venture that formed when affiliates of KSL Capital Partners, owners of Squaw Valley Alpine Meadows, and Henry Crown and Co. purchased Intrawest, Mammoth Resorts and Deer Valley Resort.

Click here to read SGB Media’s past coverage on Alterra.

Forsell, who splits his time between Denver (where Alterra is based) and his home in Mammoth, said consumer reaction to the Ikon Pass has been positive, with skiers and snowboarders coming up to him when they spot his Ikon jacket on a chairlift or at a base area and commending the latest addition to the ski industry pass wars.

And while Forsell said the company, which is privately held, doesn’t disclose pass sales figures, Alterra is pleased with how Ikon Pass performed in its first year.

“We have aggressive sales goals—as someone who’s in sales and marketing, I can tell you they are pretty lofty—and we exceeded our goals this year,” Forsell said. “We’re pleased with the way it’s gone—the product adoption, how fast the brand got out, how customers have responded.”

However, the company isn’t satisfied. With Alterra acquiring new resorts and Ikon Pass adding new partner mountains seemingly every month, there is perhaps more fanfare in store at next year’s Snow Show. Here is what Forsell shared about the company and the industry. 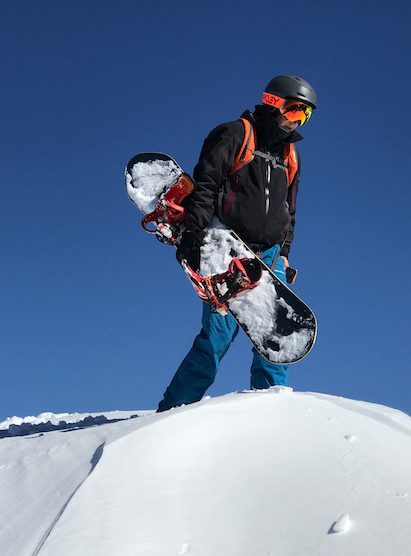 Even if you can’t get into specifics, what’s been the usage rate for Ikon Pass in terms of skiers and snowboarders taking advantage of the multiple mountain options? We’re starting to dive into traffic patterns and travel patterns right now, and we’re excited with the way people are using it. There were some who complained that they want their home mountain. They would say, “Mammoth is my spot. That’s where I go. I want that pass.” However, we’re finding people are traveling and taking advantage of the pass by going on these multiple-destination trips. They’ll ski Aspen, then head up to Big Sky, then drive down to Deer Valley. Our whole mantra is “adventure runs deep,” so go out and seek, go out and build an adventure. We recently did a survey asking customers how many destinations they expect to go to, so it will be interesting to see if people go to as many as they planned. Usage has been excellent this year, but it’s also been a good snow year. If it only snows in one area of the country next season, we’ll see. Right now, we’re seeing people traveling more and higher usage than we anticipated.

How much of what Vail does or doesn’t do plays into what Alterra does or doesn’t do concerning passes, acquisitions, and the like? We’re very respectful of what they did—build a model and a pass that set the table for where we are today. We’re cognizant of who they are and what they do, but one thing I always say is we need to establish a leadership position. Last year we came out with our pricing first. We weren’t going to wait to react to them, though we knew where they had been in years past. Whether it’s the way we establish our partner model, which is a little bit different—and people weren’t expecting us to bring in that many partner destinations—or the simplicity of our products, we want to set our path. We think there’s a different way to do it that will resonate with consumers, even how we go to market with our brand. We believe in the spirit of the individuality of each place. That is so important. We have respect for the way they did it, but we think there is a different way.

Take our readers through “Ikon” as your customer-facing brand for the pass products—what’s the significance of the word for Alterra and why the alternate spelling with the “k”? I don’t know that anybody’s ever really written anything about this, but honestly, we sat around and started talking about how a lot of these ski areas [that Alterra owns] are iconic places, and if we built a pass, what are the iconic places where you’ve always wanted to go? The word just kept getting used over and over in conversations. We said why don’t we call it the Ikon Pass? Even a local mountain like Snowshoe, West Virginia, is iconic to that community and iconic to people in Washington, DC. So iconic is a word that we think can mean something different to everybody. We just liked what it stood for. There’s no real story behind the “k” except that it’s unique and different and in some cases “k” is a bit more Nordic. It’s also good for trademarking.

Alterra has been acquisitive, as have your competitors. Is consolidation good for the ski resort industry and do you see it continuing at the same pace? I do believe it is better for the consumer, and I do think it will continue. Just on the Ikon Pass, people get more access to more places at a reasonable price. We outlaid over $500 million in capital that we’re going to invest over the next five years. The consumer wins there with new gondolas, new restaurants, new parking lots. We’re also investing a lot in technology and backend operation systems, things that the consumer won’t see but that we feel we can trigger more personalized communication with them, take some friction out of skiing. I think the consumer is genuinely winning in this case. So while I think the pace will slow down, I don’t think it’s going to stop.

Does there remain a place in the industry for the small independent ski hill, or are they at risk of not surviving? I think there does. If you look at retail or brewers or coffee shops, in any one of those three industries, if an independent company has a point of difference, has a personality, has a culture, consumers seek that unique flavor. Where I’ve seen independents be successful is embracing who they are, having a point of difference in personality. I think consumers want that, so I think there’s room for the independent. Any independent that continues to keep its personality can do so with heightened customer service. There’s a consumer segment that prefers Starbucks, and there’s a consumer segment that seeks an independent coffee shop. Both models work well. However, it can be tougher to compete when it comes to something like backend operations. For example, we’re able to take the volatility out of regional snowfall [by enhanced snowmaking and having multiple regions on a pass for skiers to visit].

The pass products are great for many people, but is there a concern that the cost of skiing is too expensive and that ski resort owner/operators like Alterra are pricing some folks out of the sports altogether? Growing the sport benefits everybody. We do look at lift ticket prices, and the pass makes skiing more affordable, but a “brand new never ever” [skier or snowboarder] is not likely going to spend that much for a pass. We talk a lot about how to continue to grow the sport, how to be more diverse. There are initiatives that we talk a lot about, like fighting climate change. We’re passionate about getting more people to ski and growing the sport. We’re worried about the price of lift tickets, but we also know what it takes to run a resort. When you compare them to other experiences, whether it’s a theme park or a sporting event, the price of entry is expensive. Families have many choices besides skiing, and we know that we’re not just competing with the ski industry, but we’re competing for people’s time. Also, media always talk about the price for a one-day, walk-up lift ticket—Christmas Day at Vail, for example—but with more differentiated pricing based on advance purchase, multi-day tickets, the real price of the ticket is not always what the media likes to say it is. There are deals to be had for the consumer.

What’s your favorite place to ski or snowboard? I started skiing, but I snowboard now, and I’d have to say Mammoth because I spend much of my time there and I love it. However, I just came back from a board meeting in Steamboat and had a blast, and I’m excited to go to more of our destinations. I’d love to say I checked every box on the Ikon Pass.