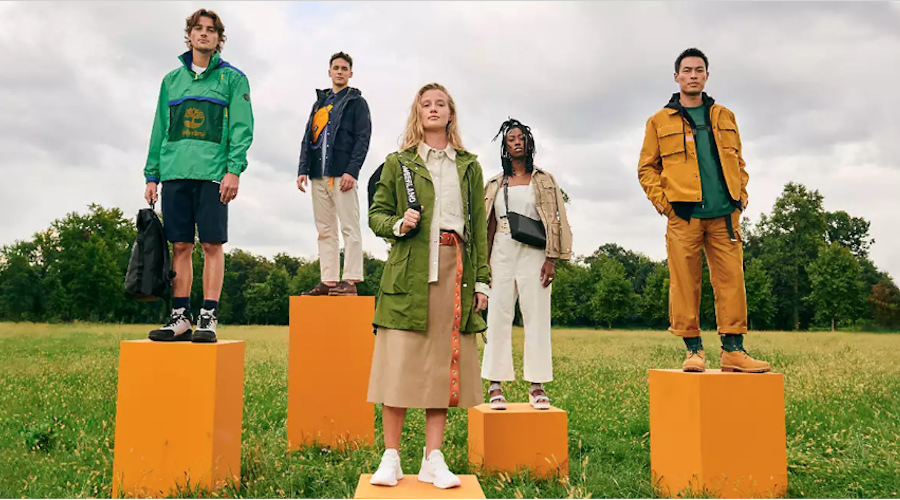 VF Corp. reported Timberland’s sales fell 4 percent on a currency-neutral basis in the holiday quarter and the brand is now expected to show a decline in sales for its fiscal year ended March 31. VF officials also indicated growth for Timberland is unlikely to resume until fiscal 2022.

Other details on Timberland’s performance in the quarter include:

“Despite early signs of success this year, our results in Timberland were disappointing this holiday season and its revenue decreased 4 percent in the quarter,” said Steve Rendle, VF’s CEO, on a conference call with analysts. “Solid momentum in apparel, outdoor, footwear and China was not enough to offset challenging conditions in men’s footwear in the Americas and Europe, particularly in our classics business. Men’s non-classics and women’s performed relatively better as our diversification strategy continues to evolve.”

As a result of the third-quarter performance and improved visibility through the rest of the year, VF lowered its revenue outlook for Timberland in fiscal 2020. Timberland‘s sales are now expected to decline between 1 percent and 2 percent, which compares to prior expectations of 1 percent to 2 percent growth. Full-year growth was expected to be impacted by planned business model changes in the Americas (non-U.S.).

Scott Roe, EVP and CFO, said growth for the coming year will be challenging for Timberland. He noted that only 25 percent of Timberland’s business is direct-to-consumer (D2C) with the wide majority of the brand’s business focused on wholesale. With Timberland’s poor holiday sales and resultant high inventories in the marketplace, “that means we’re going to struggle to grow next year as many of the wholesalers base their next year buys and the order books are set based on the performance they just saw. So, I think, we have to have a severe assessment of where we’re at. And next year, we’re not giving guidance per se, but we will struggle to grow as we look at next year in the Timberland brand.”

VF acquired Timberland for $2 billion in 2011. At the time, the New Hampshire-based boot maker had $1.43 billion in annual sales but was struggling with rising leather and labor costs. Following the acquisition, unit sales rose for the classic yellow boot. But sales have mostly declined in recent years. In fiscal year ended March 2019, Timberland had $1.9 billion in revenue or 15 percent of VF’s total.

Timberland is now running well below the brand’s growth targets set at VF’s Investor Meeting held at its new headquarters in Beaver Creek, CO in September 2019.

Rendle stressed on the call said VF’s management was “disappointed” at Timberland’s performance yet the company remains “very committed” to the brand’s growth strategy laid out at its Investor Day. Priorities include diversifying beyond Timberland’s iconic yellow boot, adding more women’s footwear and lifestyle designs for men, as well as expanding in China.

“A lot of foundational work has been done around the brand to really understand the consumer and put together the brand architecture that helps drive the most important aspects of our strategy, which is elevating our product,” said Rendle. “We talk to you a lot about diversifying our product offer. We absolutely need to do that to move beyond classics in our men’s business to the non-classics, but we have to continue to see good growth in our women’s apparel and PRO businesses. And concurrent with that is we have to find a way to more intimately connect and engage with consumers as we drive the new brand foundation forward.”

Rendle added, “We are not where we’d like to be. But, I think, we are very, very convinced that this brand is one that our skills can absolutely unlock, and the diversification strategy that we have in place absolutely gives us confidence that it can be done. I think it’s interesting if you look at the results this quarter, our apparel business was strong, our PRO business was strong, our women’s business contributed and in aggregate, those businesses are about half of the total Timberland revenue. Where we need to continue to grow is in the men’s classic and non-classics, and we laid out that vision in Beaver Creek the work that needs to be done with the new design team and the new merchandising skills to drive that turnaround. And we remain very convinced, but don’t let me leave you thinking that we are at all pleased. We’re disappointed and continue to work very hard.”

News of Timberland’s shortfall comes after VF said on January 15 that Jim Pisani, Timberland’s president since August 2016, had decided to step down from his role. The release said Pisani plans to move to the Midwest U.S. to be closer to his family.

During his 3.5-year tenure with the brand, Pisani was credited with leading the reorganization of Timberland’s leadership team and drove the process to establish, an evolve, brand strategy and creative vision for the brand. He also instituted measures that globalized the brand’s operations with improved collaboration across all functions and regions.

A search for Pisani’s replacement is underway. Martino Scabbia Guerrini, group president, EMEA for VF, will serve as acting global brand president for Timberland. Guerrini, who has overseen the Timberland brand globally since January 2018, will partner closely with Pisani during the transition period.

Timberland’s struggles also come as VF has divested itself of its many jeans and fashion labels as well as Majestic Athletic over the last three years. The divestiture of its occupational work brands reduces VF’s brand portfolio from 30 brands 2.5 years ago to 12 brands.

Asked by an analyst about its thought process about possibly divesting Timberland should it continue to fall short of financial goals, Rendle said divestitures over the last three years were part of a plan to focus its portfolio on “global activity-based lifestyle brands that connect directly with consumers with their predominance through their own in digital channels.” He noted that Timberland fits that view. Said Rendle, “It absolutely aligns with the consumer, the position in the marketplace and the ability to connect with consumers.”

Rendle added, “We certainly have a very focused approach and a clear set of KPIs that we will look for our brand teams, all brand teams, to deliver on a year-over-year basis. But, I really want you all to leave this call knowing that we are still deeply committed to the Timberland brand. We understand where the issues are. My comments around, not only the diversification of the products but the quality and the aesthetic of the product across all of the different growth drivers. We will keep you very close to how we’re doing there. We’ll give you the proof points as this strategy starts to take hold. But we do not have endless patience and it is really around the proof points and the KPIs that we work with on a year-over-year basis with our brands that will ultimately drive the decisions long term.”

In a note, Susquehanna analyst Sam Poser said he is hopeful that a new president for Timberland arrives soon to “right the ship at TBL and take the necessary steps to reinvigorate the core men’s footwear business.” He believes Timberland should focus on the heritage appeal of the Timberland brand within men’s, leveraging core styles and continue to diversify across categories and assortments in North America.

Added Poser, “In the short term, growth in the Timberland Pro business should offset weakness in the core men’s footwear business; however, if material improvement does not become evident soon, Timberland will likely end up on the chopping block as management’s patience wears thin.”

Orange 21 Breaks Even in Q3

OR to Stay in Salt Lake City