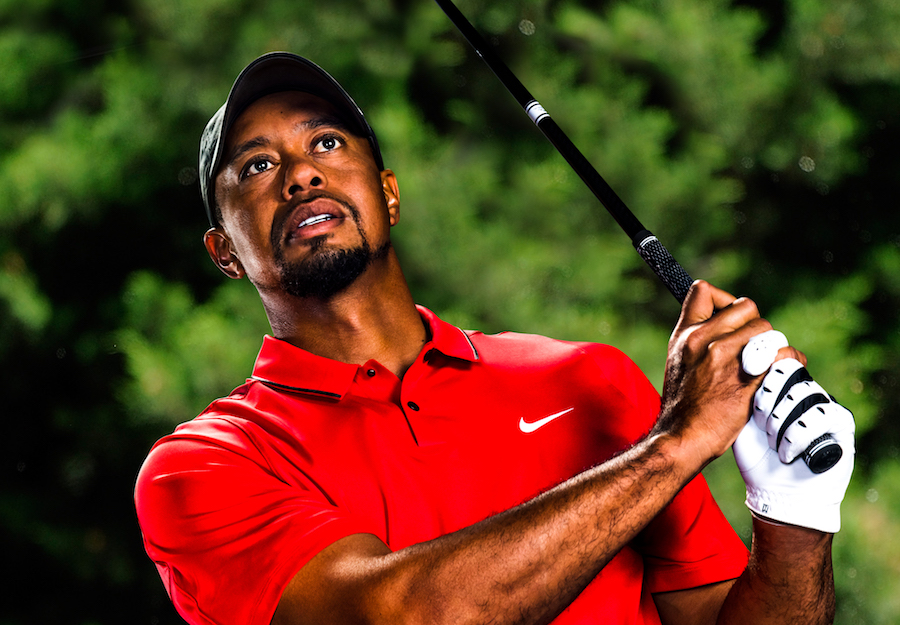 When Tiger Woods won his first PGA title in five years Sunday by clinching the Tour Championship, the cheers that rang out extended far beyond the gallery at East Lake Golf Club in Atlanta.

The golf industry roared a collective “hurrah” at Woods’ victory, fully understanding that whenever Tiger makes a tournament cut and dons his signature red shirt for the Sunday round—but especially when he wins—everyone benefits.

TV ratings soar, of course, but apparel and equipment sales rise, and some believe participation in the sport gets a bump.

“Tiger doesn’t move the needle; he is the needle,” is a common phrase around the industry.

The TV bump is indisputable. According to Golf.com, “NBC Sports Group’s final round of the Tour Championship earned a 5.21 overnight rating, making it the highest-rated PGA Tour telecast of 2018 (excluding majors). Additionally, NBC announced that 18.4 million minutes of action were streamed on Sunday—its most-streamed non-major Sunday round ever. The Sunday telecast was up 206 percent compared to 2017, when Woods wasn’t in the field.”

The “Tiger effect” has been long discussed in an industry whose fortunes have ebbed and flowed with the economy, especially during and immediately following the Great Recession. Participation fell dramatically around 2008 and then started a slow recovery in the subsequent years. Throughout Woods’ career, his success has meant success for the sport.

“Tiger Woods is good for golf. There’s no doubt about that,” Larry Weindruch, director of public affairs for the National Sporting Goods Association, told SGB. “People talk about him. And when he plays well, it draws attention to the tournament, and it draws attention to the sport. And, as it did in the ’90s when he first started winning, it might attract people to give golf a try.”

“When [Tiger’s] playing the game—and particularly when he’s in contention during tournaments—not only is it a bonanza for that particular tournament, but it’s also a bonanza for whichever network happens to be televising the event that weekend. It’s also very positive for the industry generally, because he’s creating interest in the game.”

This week’s Tiger bump might be somewhat muted because it’s at the end of summer, but even with the late-season timing—and even if Woods hadn’t pulled out the victory—the industry had been humming along nicely, according to Mona.

“Even before Tiger’s return to the PGA Tour and his season-ending victory in the Tour Championship, the golf industry was doing well,” Mona told SGB. “Like many businesses, the golf industry was affected by the recession of 2008. However, the game has recovered, and today there are nearly 24 million golfers in the United States, and that figure rises to more than 32 million when you take into account those who participate solely at off-course venues like driving ranges, simulators or Topgolf. More significantly, there are 14.9 million people who have said they are ‘very interested’ in playing golf, an all-time high, as is the 2.6 million who played golf for the first time in 2017.

“Tiger Woods’ remarkable comeback this year only adds to the increased interest and positive momentum we have seen in recent years within the golf industry.”

The momentum is evident in some recent reports that various golf industry stakeholders have released. For example, among the 2.6 million newcomers to the sport, 35 percent are women and 26 percent are non-Caucasians, according to the National Golf Foundation, showing the rise of a more diverse golfing population.

Other NGF stats pointing to growing participation levels include: Juniors (6-17) and young adults (18-34) comprise more than 37 percent of all on-course golfers, with 2.7 million junior participants and 6.2 million young adults. And more women than ever are interested in trying golf, thanks to initiatives like the recently launched #inviteHER initiative.

According to We Are Golf, the sport of golf is an $84.1 billion dollar industry and impacts one out of every 75 U.S. jobs.

But by drilling down to more recent numbers from the companies who make and sell golf equipment and apparel, the industry indeed appears quite healthy.

On the retail front, the PGA Tour Superstore “sold out of all Nike spring men’s apparel and has already sold 50 percent of the new fall product,” Megan Mahoney, the company’s director of communications, told SGB. And the Tiger effect has been strong at the store, where “Nike hats were up 22 percent at comp stores last week” and Tiger Woods (TW) hats “had a 552 percent increase last week over the same period last year.”

“We are encouraged by our first half performance, both across golf’s pyramid of influence and in the marketplace,” said David Maher, Acushnet’s president and CEO.

“The excellent start in Q1 has continued through Q2,” said Chip Brewer, president and CEO. “Business around the globe remains strong with all major regions reporting significant sales growth … . I continue to be extremely pleased with our performance and our long-term outlook.”

The long-term outlook even without another Tiger Woods tournament victory should have the entire golf industry pleased. But never discount the power of that red shirt on a Sunday.