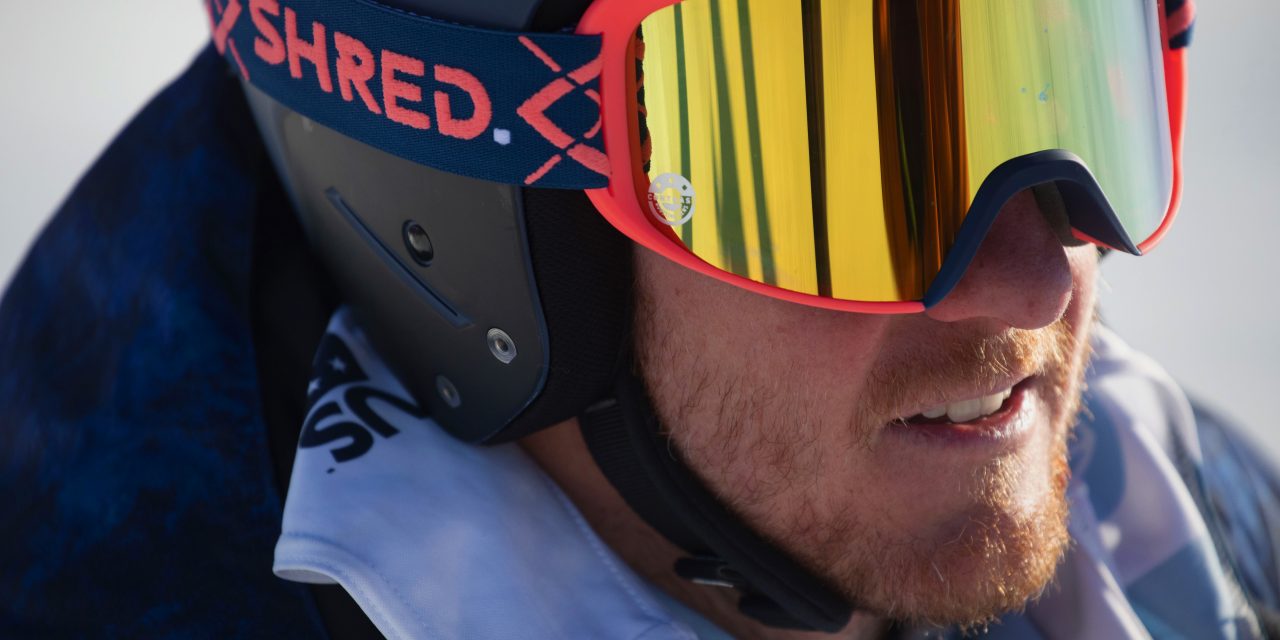 “Shred” is a revered word in the lexicon of Ted Ligety and Carlo Salmini.

It is Ligety’s nickname, of course, a moniker befitting an Olympic downhill skier known for his inventive, inimitable giant slalom technique. And Shred Optics is what the duo initially dubbed their helmet and goggle brand, a company that combines Ligety’s skiing background with Salmini’s business acumen (he has an MBA from MIT).

More importantly, however, “shred” signifies for Ligety and Salmini the pursuit of fun in the mountains, whether it’s making turns on a snowy slope or riding down a dusty singletrack. They have long believed that shredding—on skis, snowboard or mountain bike—is one of life’s pure joys.

This almost spiritual meaning of the word, along with a shared passion for action sports, is what inspired Ligety and Salmini to launch their company in 2006, and it’s what drove them to carve a new path for their brand with a refresh, announced Thursday morning.

The Park City, UT-based company has fashioned a new vision, new logo and even a new take on its name. The company is now SHRED. (the name is stylized with all caps and includes a period after it), which might not seem like a big change but represents a significant shift for the co-founders.

Ligety and Salmini spoke with SGB Wednesday about the changes, which they think will help Shred. reach a new audience by more closely focusing on its customers. However, they both emphasized, the rebrand isn’t a departure from the company’s origins but rather a new leg of the journey.

“We’re not steering away from who we are as a company and our roots,” Ligety said from Switzerland, where he was doing some freeskiing before heading to Germany next week to race. “It’s just trying to show maturity and how we’ve evolved as a brand, but it’s not about ditching fun.”

Fun is a common theme that popped up throughout the conversation with Ligety and Salmini, and they even found a way to have fun in the rebranding process with punctuation—specifically that aforementioned period after the company name, which provides more than a design flourish.

“The period was just really about stamping it, banging our hand on the table and saying ‘We’re Shred—period. That’s who we are and that’s what we’re about. We like going out there and having fun—period,’” Ligety said. “We thought it was a nice touch on the logo, but it meant something to us beyond just the look of it.”

Know what else is fun yet also has meaning behind it? Neon. The brand retained its signature neon, albeit in a subtler form. Neon was part of the company’s original DNA. As Ligety and Salmini told this reporter for a 2017 Snow Show Daily feature, bright colors were instantly recognizable from across the valley, helping Shred.’s products capture attention.

“We wanted a way to stand out, to pop,” Ligety said at the time. “The idea was to have goggles that you could see across the valley. We wanted to differentiate from the get-go, and neon was a way to do that.”

Now, neon is primarily in the logo’s period though also prevalent in some products. But this latest brand reposition is more about differentiating in the way Shred. connects with the customer and in the way it goes to market. Salmini, the company’s CEO, said Shred. is laser-focused on what its customers demand from protective equipment and is approaching all product development, marketing and sales with their needs in mind.

After all, he said, Shred.’s customers have been loyal to the brand for more than a decade and the company wants to repay them with top-notch gear that’s innovative, affordable and attractive—and not derivative of anything else in the market.

“The mistakes we made in the past were always when we tried to compete against the other brands,” Salmini said. “We just needed to keep on improving. We came to understand that the customer really needed to be central in everything from product development all the way to communications because they are the ones that set the true representation of what we need to do in order to succeed. We went to become the product that is going to be widely and globally recognized as the right tool for them to have fun.”

A customer-driven approach doesn’t mean much of a new channel strategy, as the retail and distribution approach will remain the same, nor does it change the production process, as the company cherishes its long-term manufacturing partners. But it does mean a shift in how Shred. goes to market. The goal is providing protective gear for everyday action sports participants, not just world-class athletes with product endorsements, Ligety said. This is of the utmost importance to brands that rely on growing participation in sports if they hope to grow their business.

“We never were a company just for pros,” he said. “We’re for anybody who wants to go out there and be able to get better and have fun and enjoy the mountains. Just because you’re not hucking 60 footers or going 100 miles an hour doesn’t mean you can’t benefit from these technologies.”

Another change at Shred. is that its sister company, Slytech—a brand for all manner of protective gear for the body—now becomes an “ingredient brand” for Shred. products. The back protectors, gloves, pads, guards and other body protection gear once branded with the Slytech name will now be developed, marketed and sold as Shred. products that feature Slytech technology, the company said. 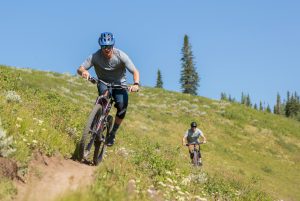 Shred. is privately held, with Ligety and Salmini joined in company ownership by investors, all of whom have been very supportive of the brand through this evolution, the two said.

And while Shred. doesn’t disclose revenue, when asked to speak in general terms about what they hoped this reimagined future could do for top-line growth, both Ligety and Salmini said the goal is less about hitting a certain revenue targets and more about exposing the brand to new customers.

“When we started working on this process, we didn’t really set a revenue goal but instead we set a volume goal because we want to think about market share more than revenue,” Salmini said. “We really want to start seeing the brand getting traction and being seen. We want to build the brand awareness that we need to get to the next level.”

With the rebranding announcement behind them, the mission now for Shred.’s founders and employees is getting the brand’s name in front of as many skiers and snowboarders and mountain bikers as possible, to create brand evangelists and become a market leader. That begins with the simplest of initiatives—spread the gospel of having fun and encourage more people to, well, shred.

“That’s always been the message,” Ligety said. “Sometimes we didn’t do the best job of conveying that that’s who we were, but getting better and going faster, while staying safe even in a fall, has allowed me to have more fun. This is a continuation of the original idea of Shred. and it’s just a way to convey that to people. We really want to share this journey with as many people as possible. As a small brand, it’s very important to connect with more people and share our story.”