Powered by healthy momentum for the Journeys chain, Genesco Inc.’s earnings before non-recurring items rose 18.8 percent in the fourth quarter. The company was also aided by a better-than-expected performance by the recently-sold Lids Sports Group in its last quarter with the company

On a conference call with analysts, CEO Bob Dennis noted that the company easily topped earnings guidance in the year, including the results from Lids. Other full-year highlights included delivering its strongest comp increase in three years, expanding operating profit and EPS despite charges with the help of cost reduction efforts, and generating over $200 million in operating cash flow, including Lids.

The completion of the sale of Lids, he said, will also enable the company to “potentially accelerate share repurchases and more importantly allows us to now sharpen our focus as a footwear company.”

Non-GAAP results exclude a pre-tax $5.7 million bonus related to sale of Lids. Impairment charges amounted to $2.1 million in the latest quarter versus $1.3 million a year ago. The biggest non-recurring charge in the year-ago period was $5.4 million in expense to cover a licensing termination.

Net sales from continuing operations for the latest quarter decreased 2.0 percent to $675.5 million. Excluding the extra week from last year’s 14-week quarter and the impact of lower exchange rates this year, revenue grew 4 percent. Comps increased 4 percent, with stores up 3 percent and direct up 10 percent. Direct-to-consumer sales were 14 percent of total sales for the quarter, compared to 13 percent last year.

Fourth quarter gross margin was 46.7 percent, up 70 basis points, due to decreased markdowns for Journeys Group and less promotional sales for Schuh Group, partially offset by increased markdowns and shipping and warehouse expense at Johnston & Murphy.

SG&A expense for the quarter this year was 38.9 percent, up 80 basis points. The increase reflects higher bonus expense, partially offset by strong leverage from rent and selling salaries.

Journeys’s comps grew 7 percent on top of an 11 percent gain a year ago, marking the seventh consecutive quarter of increases and including strong double-digit e-commerce comps.

Highlights of Q4 store performance for Journeys included mid-single digit increases in conversions and higher average ticket size. Average ticket was lifted by an increase in footwear ASPs and by add-on apparel sales. However, the stronger driver of Journeys improvement once again was more fashion athletic and more casual footwear unit sales. Boots were an especially strong contributor.

“It was an all-round fantastic quarter as the strength of both the athletic and the casual product assortments fueled continued top line momentum,” said Dennis. “Boot sales were the biggest contributor to Journeys Q4 success but also contributing was the diverse mix of styles, brands and franchises across our casual and fashion athletic offerings.”

He added, “Retro athletic and classic product continued to drive Journeys but the styles that were on top of the leaderboard this year as usual were not the same ones that were on the top last year as Journeys merchants adeptly managed the fashion rotation that is an inherent part of this business.”

Said Dennis, “Journeys results in fiscal ’19 have further cemented its position as the leading destination for fashion footwear for teens. So congratulations to the entire Journeys team under the new leadership with Mario Gallione on an incredible year.”

Dennis also noted that in its last quarter as part of Genesco, Lids Sports Group posted a positive low-single comp as it went against last year’s 14 percent negative comp. Lids also exceeded expectations for the business in the quarter.

Among other segments, Schuh Group’s revenues were down 15.2 percent in the quarter to $108.6 million. Operating profits fell 55.2 percent to $4.1 million. Comps were down 8 percent against a 1 percent comp gain.

Higher fashion athletic and casual footwear ASPs were a bright spot in what otherwise was a difficult quarter for Schuh. Lower traffic and conversion led to negative store comps and soft e-commerce sales were also seen.

Consumers had a propensity to purchase more performance athletic footwear for the holidays and Schuh experienced weakness across boots, fashion athletic and other casual product as a result. Said Dennis, “While we expected the selling environment to be characterized by heavy discounting, participation in the promotional activity didn’t translate into sales like we planned until we took even heavier markdowns since the U.K. shopper wasn’t buying unless they felt they were getting a great deal.”

Dennis also noted that U.K. market trends are favoring a strong athletic cycle towards performance athletic brands “which is not squarely in Schuh’s wheelhouse.” New data privacy requirements in the spring of last year have also impacted Schuh’s online sales.

Said Dennis, “Given the decline in operating income, we have implemented a 20-Point program taking action to immediately address profitability while working on more medium-term actions to improve Schuh positioning with the consumer and with the brands itself.”

For the current year, Dennis said the year started slowly in February traced to the delay in income tax refunds but comps are “very quickly catching up” as refunds arrive and Genesco still expects to meet its initial sales target for the quarter.

“Importantly, in fiscal ’20, we believe our U.S. retail footwear businesses are well positioned to maintain their positive top line momentum based on the strength of their product assortments and the initiatives we are executing to drive traffic to our brands and increase conversion,” said Dennis. The uncertainty around Brexit and the chain’s turnaround strategies has Genesco “cautious” about Schuh’s prospects this year.

He added, “Without Lids, we have a small hole to fill on operating income and while we have a substantial effort underway to eliminate stranded costs, there will be some expense we will need to absorb. We do, however, have EPS upside in this transition year from share buybacks by deploying a portion of the large amount of cash we have on hand.”

In sum, Genesco expects comps to increase in the range of 1 percent to 2 percent. Adjusted EPS is expected to range between $3.35 to $3.75 with an expectation that earnings for the year will be near the midpoint of the range. At the mid-point of $3.55, earnings are expected to be up 14.3 percent from $3.28 in 2018. 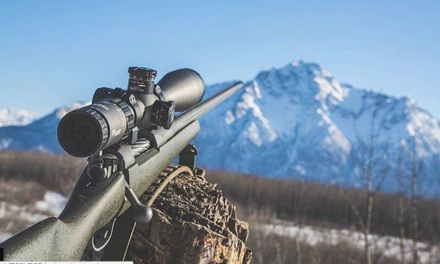