Smith & Wesson Holding Corp. reported sales for the fourth quarter were $178.7 million, up 37.6 percent from the fourth quarter last year. Although the company continued to increase its production capacity, it was unable to meet the ongoing demand across most of its firearm product lines, resulting in additional growth in the company's order backlog.

On June 13, the company said it expected preliminary net sales for the fiscal fourth quarter were $179 million. Preliminary GAAP net income from continuing operations is expected to be approximately 44 cents per share.

Other key figures in the quarter:

Net sales for the full fiscal year were a record $587.5 million compared with $412.0 million for the prior fiscal year, an increase of 42.6 percent.  Firearm unit production for the year increased by 40.4 percent.

Operating cash flow was $98.1 million and capital spending was $41.4 million for fiscal 2013, resulting in full year free cash flow of $65.2 million, which includes $8.5 million from the sale of discontinued operations.

During fiscal 2013, the company repurchased 2.1 million shares of its common stock for $20.0 million utilizing cash on hand.

Jeffrey D. Buchanan, Smith & Wesson Holding Corporation Executive Vice President and Chief Financial Officer, stated, “Building on the strength of our record profitability, robust cash flows, and rising cash position in fiscal 2013, we recently accelerated a number of steps to optimize our capital structure and generate increased value for our stockholders. On June 13, 2013, we announced that we had repurchased our outstanding 9.5 percent notes for $49.2 million and that we had issued $75.0 million of new 5.875 percent notes.  Since that date, we have sold an additional $25.0 million of the 5.875 percent notes, which will bring the total new note issuance to $100.0 million.  Also on June 13, 2013, we announced that we initiated a $100.0 million stock buyback, a portion of which is expected to be purchased through a $75.0 million tender offer for $10.00 per share, which commenced on June 17, 2013. Overall, we believe that these changes provide a solid foundation upon which to continue to grow our core firearms business, while giving us the financial flexibility to be strategically opportunistic in the market.”

James Debney, Smith & Wesson Holding Corporation President and Chief Executive Officer, stated, “We are pleased with our results, which include record fourth quarter and annual net sales and profits and a substantial expansion of our gross margins.  Our successful performance was driven by solid marketing, innovative new products, disciplined manufacturing execution, and strict financial management.  Significant increases in our manufacturing capacity, combined with continued robust consumer demand for firearms, resulted in higher sales of our most popular M&P® products.  Our achievements over the year aligned directly with our growth strategy, which is underpinned by a focus on our core firearm business.  Having completed another year of successfully executing our strategy, we are today issuing our financial outlook for the first quarter and full fiscal year 2014.”

The company expects net sales for the first quarter of fiscal 2014 to be between $162.0 million and $167.0 million, which would represent year-over-year growth of approximately 21 percent at the midpoint. The company anticipates GAAP earnings per share from continuing operations of between $0.34 and $0.37 for the first quarter of fiscal 2014. Included in this first quarter outlook are estimated expenses of approximately $0.06 per share associated with the bond and stock repurchases.

The company anticipates net sales for fiscal 2014 of between $605.0 million and $615.0 million, which would represent year-over-year growth of approximately 4 percent at the midpoint. It should be noted that the company ended its Walther distribution agreement at the end of fiscal 2013. Therefore, when Walther is excluded from the full year 2013 results, estimated net sales for 2014 would represent year-over-year growth of 12 percent at the mid-point.  The company anticipates GAAP earnings per share from continuing operations of between $1.30 and $1.35 for fiscal 2014, and Adjusted EBITDAS of between $160.0 million and $170.0 million. 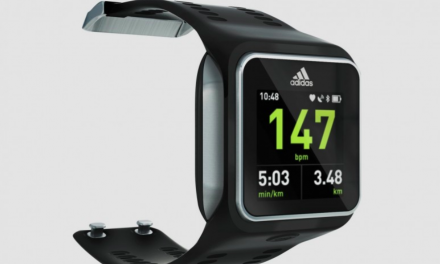