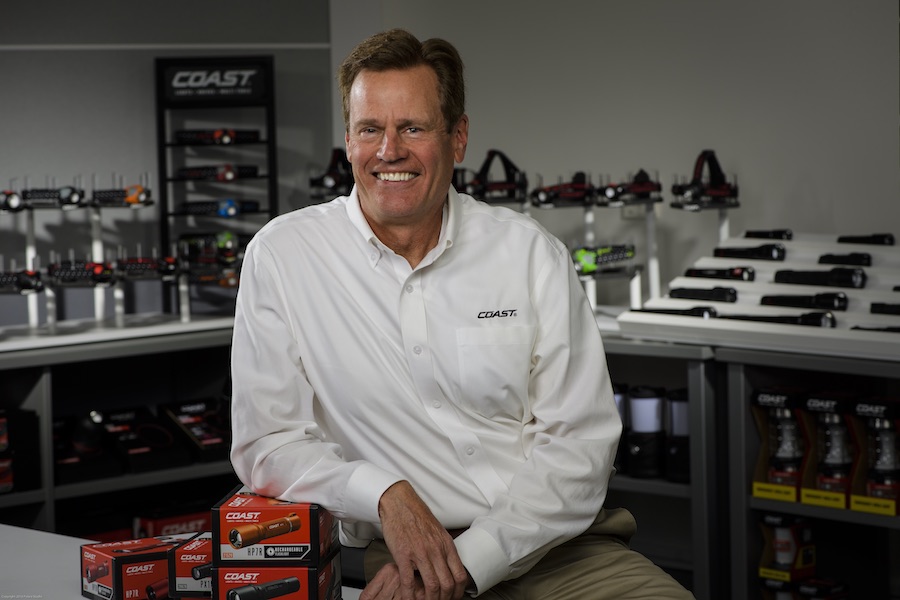 When Henry Brands moved to the Pacific Northwest in 1915 to be closer to the woman he would eventually marry, he also created a new sales territory for his employer, a Minnesota-based wholesaler of hardware and sporting goods.

As Brands established accounts throughout the region, his customers, many of whom worked in salmon fishing, started asking about a cutlery product they couldn’t easily find and one that his company, Farwell, Ozmun, Kirk & Co., didn’t carry. The discerning fishermen of the Oregon coast told the young salesman they needed a better knife to more efficiently gut the 50-pound chinooks they were pulling out of the Pacific Ocean.

So Brands went to work engineering a fillet knife (pictured right) that was stiffer and had a thicker blade than what was on the market. But perhaps the most important feature he crafted was a metal scoop on the end of the handle. This design meant the slicing, cleaning and filleting of salmon could be done with one tool.

Brands began selling the knives out of the trunk of his car, and this new, superior fillet knife was so well-received that he was able to quit his wholesale job and form Coast Cutlery in 1919.

A century later, that company is known as Coast Products, a Portland, OR-based business whose knives, multitools, headlamps, flashlights and other accessories are sold around the world. Despite a deeper product assortment and broader customer base for the company, the founder’s spirit lives on, said David Brands, the grandson of Henry Brands and current CEO.

“Unfortunately, my grandfather passed away before I ever met him, but he was clearly a real entrepreneur,” Brands told SGB in a recent interview. “He was the type of person where a customer would say, ‘You know, I really need this product, and if you could make them, we could buy a lot of them.’ Frankly, our company today reacts that same way. We are and have always been a customer-driven and product-driven company.”

Since formally joining Coast Products in 1980, when his father was looking to pass the business down to him, David Brands has helped grow the company to 200 associates with distribution centers in the U.S., Canada, Europe and Asia and sales accounts across the globe.

And while Coast Products has as rich a heritage story as any business, the heart of that story—an entrepreneur designing a better product to meet his customers’ demands—is what drives the company today, Brands said.

“We go in and talk with our customers, some of which we’ve had relationships with for literally 50 or 60 years, and they’ll say, ‘You know, we really need a knife or a headlamp or something that can do this for us because we have this problem and the products you have and the products available now just don’t solve this problem well enough,’” Brands said. “So we come back to our product development people and we say, ‘Guys, here’s the problem; here’s what they need a product to do. Can we do it?’ And then we sit down and we try to either modify a product we already have or create a new technology to solve that problem.

“I can see my grandfather doing that 100 years ago with the salmon fillet knife opportunity, and that’s the same way that we approach things now.”

Here is the rest of what Brands shared with SGB about how Coast Products has not only survived but thrived over the past century as a family-owned but innovative business, including what’s driving growth and why the company’s heritage still resonates.

What has been the secret to Coast Products’ longevity, and how do you differentiate from your competitors? When somebody here comes up with an idea, we can decide that, yes, that sounds like a good idea, let’s do it. Contrast that to a big publicly traded corporation, which might be a subsidiary that has 100 other companies in its portfolio, and the process that they need to go through to make even simple things. We’re very close to the users of our products. It starts with the product, and it starts with the user; how can we make a better product that makes their job or their recreation safer and easier and/or more enjoyable? If we can solve that problem, we’ll do it. The other thing is, we’ve had such continuity of management and relationships throughout our industry. I think those two things have really been the secret to our success.

Besides working for the company during summers when you were young, what made you decide to take Coast Products over from your father? I really never had intentions of working in the family business. I actually have a degree in architecture, and I did that for three or four years out of college, but then the recession hit in the late 1970s. And although I didn’t lose my job, I remember my father saying to me, “You know, I’m going to have to do something with the company pretty soon. So if you ever want to try it, now’s the time, or you may not get the chance.” I was single, and I thought, “Well, what the heck, I might as well give it a try.” My first year on the job, I realized the company just hadn’t really kept up with the times, and there was a lot of work that needed to be done to get it back on track.

What has that process been like over the past 38 years to get the company “back on track”? In my era, I like to break our business down into three defining points. We began designing and building our own products on a much larger scale, and the first new innovation we came up with was multipurpose tools. We weren’t the first to design a multipurpose tool, but we designed our own patented versions of a multipurpose tool and did extremely well with it. By far the biggest change was in the late 1990s when I became enamored with LED lighting. There were a number of things about LED lighting that really caught my fancy: they were much more energy-efficient than incandescent bulbs; they were virtually indestructible; they were waterproof; they were drop proof, and they would last almost forever. The first product we ever made with LED, which now seems very rudimentary, was a folding knife with LED in the handle so that you could use it as a key ring. But the products sold like crazy. I decided to more or less bet the farm on LED technology, and I thought, ‘There’s got to be a way to make these into really useful lighting products.’ We kept investing in research and development, and the next big breakthrough was our patented optic technology, where we developed an optic that fit over the LED which created the biggest and most consistent light beams still on the market. We were the first company to ever really take LEDs and add optical lenses to them to create really usable and better beams than had ever been developed in portable lighting. That was a really big breakthrough.

What’s driving growth for Coast Products right now? Is it fairly balanced across your categories or is something standing out? The knife and multipurpose tool business continue to grow but not as fast as our lighting products. Lighting is a little bit like the phone business. Up until the year 2000, flashlights were really a commodity. The average retail price of a flashlight sold in the United States back in 2000 was around $9.99, and they were mostly sold by battery companies to put their batteries in. Then with the invention of LEDs and LED technology, consumers could get a lot more out of a light than ever before. They could get longevity; they could get beautiful beams; they could get waterproof capabilities. So the average selling price of an LED light is now close to $25 or $26. The entire industry has changed because of LED, so what’s driving the business is innovation in that category. It’s the ability to create more powerful lights in smaller bodies. The rechargeable category is exploding and one which I think will revolutionize the lighting category again. There still are a lot more applications for LED lighting than have yet to hit the market.

What channels are strong for Coast Product, and what is your customer demographic? We’re sold in some of the biggest and best retailers in the world. We’re very strong in the DIY markets—like Home Depot and Lowe’s in the U.S., Leroy Merlin in Europe, Sodimac in South America—as well as in traditional sporting goods stores like Academy and Sportsman’s Warehouse. We describe our average customer as the American working man, whether he’s working or at play. For instance, if you’re a steam pipe fitter and you need a light at work, headlamps have replaced flashlights in most cases, because it’s hands-free lighting and can provide just as much light and just as beautiful and usable beams as flashlights can. So the same guy that uses that every day on the job sees the advantage of a lighting product like that when he’s out hunting or fishing or camping or just enjoying the outdoors. So wherever the American working man is shopping, no matter if he’s shopping for his tools or for his fun, that’s where you’ll find our products.

With your 100-year anniversary coming up, Coast Product’s heritage is timely, but is it fair to say that you maintain a staunch forward-looking approach to your business? I’m proud to be the owner of an 100-year-old company, but I’m more proud of the fact that every day we’re making products that make people’s jobs safer, easier and more enjoyable. And we’re using modern technology to do it. That’s what I want to focus on—not looking backwards, but always looking forward to what technology can we develop to make people’s jobs safer and easier. 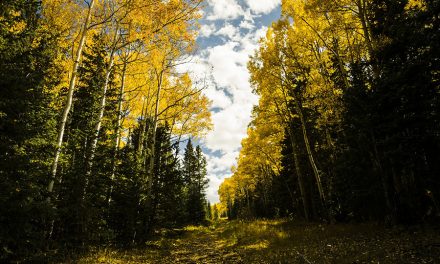 Crocs CEO Expects to End 2010 with a Profit 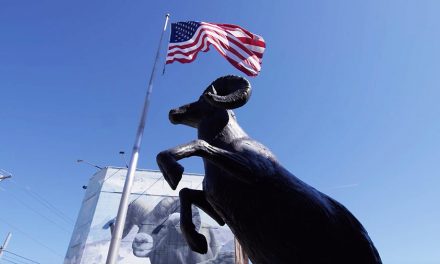