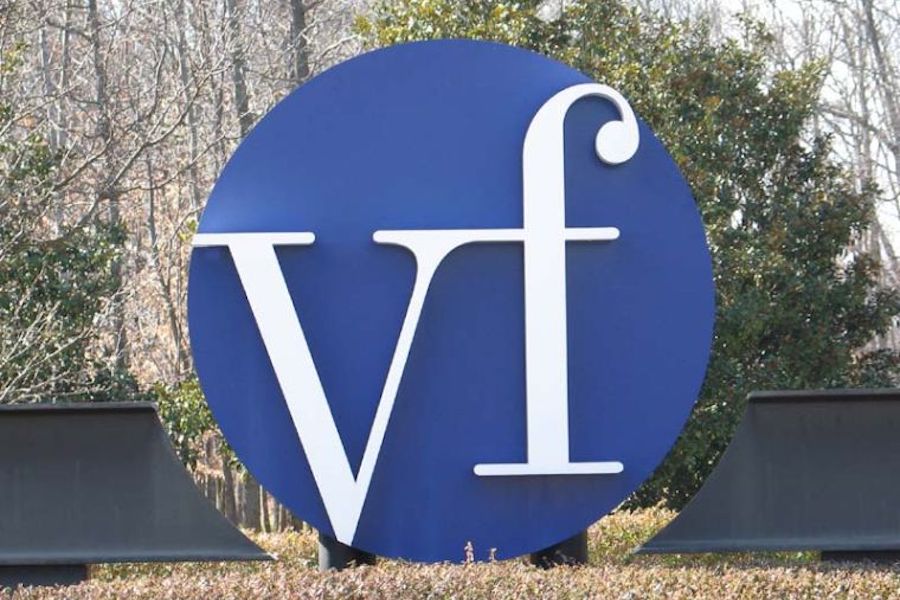 VF Corp. just completed the spinoff of its jeans division and is in the process of moving its global headquarters to Denver, CO, from Greensboro, NC, but these are only two of the significant changes at the multibillion-dollar company.

Toss in a few other M&A transactions, aggressive growth plans up and down its active lifestyle and outdoor portfolio—including an especially lofty revenue target for its Vans brand—and a new “purpose” the company laid out last summer, and it’s clear that VF has had a lot on its plate.

“Fiscal 2019 represented one of the most transformative periods in VF’s 120-year history, culminating with the tax-free spinoff of Kontoor Brands [in April],” Chairman, President and CEO Steve Rendle said on Wednesday’s earnings call with analysts.

All this transition has perhaps taken a short-term toll on VF, the parent company of Vans, The North Face and Timberland (what the company calls its “big brands”) plus a host of smaller brands such as Smartwool, Icebreaker, JanSport, Eagle Creek, Altra and others in the active lifestyle and outdoor space.

Investors certainly seemed wary of all the moves and the impact on EBITDA loss. Shares of VF tumbled in the mid-single digits Wednesday before closing the day down $1.77, or 1.9 percent, to $90.33 after the company earlier had reported earnings and sales in the fourth quarter came in ahead of Wall Street’s consensus estimates but provided 2020 guidance that was lower than targets.

Regardless of the lowered outlook, Rendle’s optimism for the long-term benefits of all these recent changes came through loud and clear on the earnings call. He said the company’s recent accomplishments coupled with an enhanced focus on its remaining brands have brought clarity to VF’s roadmap.

“The actions we took last year are just further milestones along the path we laid out [at an investor conference] in Boston two years ago,” he said. “Since that time, we broadly reshaped our portfolio, placed significant investments in key capabilities, accelerated growth in our largest brands, delivered sound fundamentals with gross margin expansion and SG&A leverage and returned $3 billion to shareholders and all through a purpose driven lens. It has been a busy two years.”

The reaction of analysts also was upbeat. Sam Poser of Susquehanna Financial Group LLLP wrote in a note to investors that the “new” VF Corp—i.e., post spinoff of the jeans brands—will be in better shape now that it’s shed an underperforming chunk of its portfolio and can focus on growth at all brands, especially the “big three.”

“VFC is one of the best managed, operationally efficient, and highest growth companies in our coverage universe, and the spinoff of its slow-growth jeanswear business further enhances its growth profile,” he wrote. “While VFC loses EBITDA with the spinoff of its jeans business, it retains its highest growth brands in Vans, The North Face, Timberland, Dickie’s and others. We believe that the increased focus on the development and control of these core brands by management will extend Vans’ runway for growth and will help solidify turnarounds at The North Face and Timberland. In FY19, post-spin VFC grew revenue by ~10 percent, while the pre-spin VFC grew revenue by 7 percent on an organic basis. We are confident that VFC will continue to drive HSD [high-single-digit] revenue growth and high-teen EPS growth for the foreseeable future.”

We’ll unpack what’s kept VF busy these last two years during its transitional period, but first, a brief summary of the company’s fourth-quarter and full-year revenue and earnings performance.

The company reported earnings per share on a reported basis was 32 cents. Adjusted EPS declined 10 percent (4 percent in constant dollars) to 60 cents, including a 1 cent contribution from acquisitions net of divestitures, and 4 cents per share ($20 million pretax) of incremental investment relative to the company’s prior outlook provided on January 18, 2019. The 60 cents a share mark narrowly beat Wall Street’s consensus target of 58 cents.

Fiscal-year EPS on a reported basis increased 63 percent to $3.14, while adjusted EPS increased 20 percent (up 22 percent in constant dollars) to $3.78, including a 15 cent contribution from acquisitions net of divestitures. Relative to the company’s original outlook provided on May 4, 2018, full-year fiscal 2019 earnings per share included a 13 cent (roughly $65 million pretax) impact from incremental investments.

Moving on to VF’s multifaceted transformation, here are the key moves either completed or in process (or both):

The biggest portfolio shift VF has made was the spinoff of its jeanswear organization into an independent, publicly traded company. The new company, Kontoor Brands Inc., includes the Wrangler, Lee and Rock & Republic brands, and the VF Outlet business. Scott Baxter will be CEO and the company will remain headquartered in Greensboro, NC.

VF Corp. announced the planned separation in August and then on April 30, the company’s board of directors formally approved the split. Kontoor Brands has received approval for the listing of its common stock on the New York Stock Exchange under the symbol “KTB” and will begin trading on May 23.

But that wasn’t VF’s only move. The company has also divested its Nautica, Reef and Van Moer businesses. In addition to shedding a handful of assets, VF has added some, including Altra and Icebreaker.

“With a more focused portfolio we are confident in our ability to deliver yet another year of top quartile value creation,” Rendle said.

So, what’s next for VF? Could there be more M&A on the horizon? Rendle said this when answering an analyst’s question on whether or not the company would “take a break from the portfolio changes.”

“M&A remains the number one capital allocation priority that we have,” he said. “We have the means to do that. We will be very rigorous, very thoughtful and disciplined. And I would tell you our people would love it as much as you would if we would just let the dust settle, get to our move, execute for a few quarters. But we will be very mindful as we continue to look at the M&A opportunities around us.”

Rendle and CFO Scott Roe spent much of the earnings call discussing VF’s “big three” brands—Vans, The North Face and Timberland—all of which grew in the fourth quarter and all of which have huge goals moving forward.

Vans revenue grew 26 percent for the year after posting 27 percent improvement in fiscal 2018, adding $1.4 billion of incremental growth over the two-year period, Rendle said. VF last year set a goal for Vans to hit $5 billion in annual revenue by 2023, and even as the brand’s business has moderated off previous growth rates, it is still on pace to hit that mark, the company said.

“Vans is tracking well ahead of the $5 billion target we laid out last September,” Rendle added.

Also, The North Face “made significant progress in reclaiming its rightful leadership position as one of the world’s largest most influential outdoor brands and delivered 10 percent growth with strength across regions and channels, most importantly, with high single-digit growth in North America,” Rendle said.

Although Rendle and Roe didn’t discuss it on Wednesday’s earnings call, the transition of the company’s global headquarters to Colorado from North Carolina is a big one for the company as it right-sizes its portfolio and shifts its focus almost exclusively to active lifestyle and outdoor brands.

Rendle and Roe told SGB in an extensive interview last fall that the relocation plan is on track, and that up to 800 employees will move to Colorado, including workers from the corporate office and from The North Face, Smartwool, JanSport, Eagle Creek and Altra.

By fall, VF will occupy the entire 10-story, 285,000-square-foot building at 1551 Wewatta Street in Denver’s Lower Downtown neighborhood. By “co-locating” multiple brands under one roof—a model borrowed from VF’s Stabio, Switzerland, office—the company hopes to create an environment that fosters leadership and talent development, while also uniting multiple brands in the same workspace.

“We’ve often talked about being able to create an environment like that here in the United States,” Rendle told SGB last fall “It’s not our practice to relocate brands in this manner, but as we looked at the high cost of living in California and the increasing difficulty of recruiting and attracting talent to that marketplace, this was the moment in time for us to make that decision to pick up and move to Denver.”