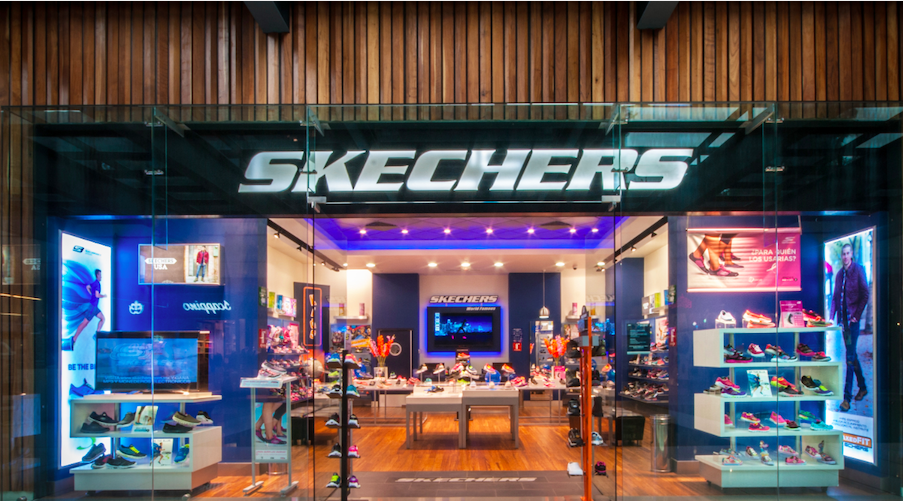 Speaking at the 20th Annual B. Riley FBR Institutional Investor Conference, officials at Skechers USA Inc. said they expect no impact from the latest round of tariffs on Chinese goods and feel comfortable that it will be able to make adjustments if another round arrives.

“Obviously we’re cognizant of what’s going on in the market. You know we’re watching the situation carefully,” said John Vandemore, CFO. “The reality is today; we’ve had no impact. None of the affected tariffs in place has impacted our products.”

He noted that more than 50 percent of its sales are sold to countries outside the U.S. but management also felt ‘pretty comfortable” that its sourcing team would be able to adjust should the tariffs extend deeper into the footwear category.

He added, “You know we’re watching it carefully. I would tell you until we know more about what actually will happen versus what is rumored, or suggested, it’s very difficult to give a precise reply as to what we would do. What I would tell you though is we feel pretty good about the levers available to us to address any issue. It may not be immediate, but certainly withstanding a change in the existing tariff relationships between U.S. and China is not something that we’re overly concerned about,”

David Weinberg, COO, added that Skechers has already moved a “significant piece out of China already” and will continue to explore other sourcing opportunities to remain flexible.

Said Weinberg, “We’ve been around long enough so we’ve already moved out of Korea into Taiwan, out of Taiwan into Southern China, from Southern China to Vietnam and Northern China…it continues to move. We have a core base of operators that we think we can deal with almost anywhere. So it’s only a matter of time and what happens in the world that’ll push the timetable of where we manufacture. And right now we don’t see this as a major concern.”

Asked about concerns over quality issues in sourcing from numerous regions, Weinberg noted that Skechers employs over 500 individuals between China and Vietnam focused on commercialization and monitoring raw materials and production. Skechers also doesn’t open many factories but works with existing factories as they expand to further support consistent quality across countries. Weinberg said, “We currently make a number of styles both in China and Vietnam with no differentiation as s far as quality or look is concerned. So we can mix and match, as we need to for any shoe of considerable size.”

The other main topic Skechers addressed was the weakness in the U.S. marketplace. Skechers suffered a 10.9 percent decrease in its domestic wholesale business in the first quarter.

Vandemore said the domestic market has been “in a state of fits and starts over the last three to five years” with the challenges marked by bankruptcies and steady announcements of store closings. He added, “But against that backdrop, I would point out that we have delivered a very stable, very profitable business, and it’s in working with our partners to make sure that they make money, we make money, and we’re bringing consumers what they value in products.”

For the current year, he said the company feels “really good about the full year perspective” on domestic wholesale with some timing shifts taking place between the second and third quarters and based on current backlogs and the input received from consumers.

“I think the new product coming in for fall/winter and then as the subsequent spring/summer is looking very good and I think we’ve made some pretty significant strides in focusing down on categories that are really working,” said Vandemore. “And that has helped us so we expect again the full year domestic wholesale environment to be relatively flat, even though we did see a few headwinds in the early part of the year.”

Among categories, Vandemore said the company is putting particular emphasis on its Street line that features a little younger styling and is more fashion oriented. A sub-category of that line, Heritage, that draws upon classic silhouettes including chunky styles is also emerging as a “great opportunity.” In performance, a renewed focus is being placed on the walk category. Work has also been an “excellent” category with Skechers able to bring some styling to a typically “black and white” business and it’s particularly appealed the healthcare channel.

In other areas, Casual offerings remain “very, very strong” and men’s has seen “good growth” over the last couple years to become better balanced across Skechers’ assortments. Kids, led by its lighting models, also continues to see success and is expected to benefit from some takedown models. Said Vandemore, “It’s our breadth that distinguishes us.”

Weinberg expects Skechers will ultimately benefit from the store closings by wholesale partners that comes from “oversaturation” in the U.S. marketplace. The brand sold some make-up models to Payless but overall will benefit more from the chain’s exit as “their customer and our bottom customer have overlap and it will be to our benefit just like when Stride Rite closed all their kids’ doors.” He likewise said Skechers’ other wholesale customers have seen a boost in their business as locations from Sears and Bon Ton Stores have closed.

One shining spot in the domestic business has been e-commerce, which grew 35.3 percent in the first quarter and has benefited from investments in the brand’s online platform and digital marketing. Vandemore said online has a “significant continued runway to grow both in the U.S. and globally.”