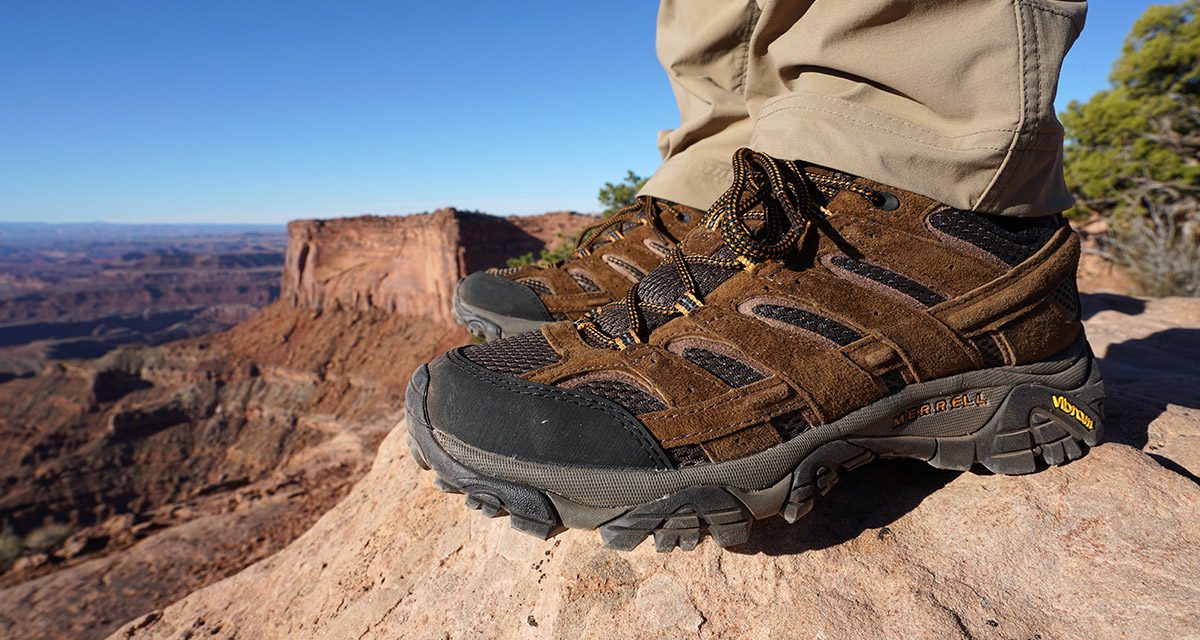 One reason is that Merrell, which Wolverine has owned since 1997, was the first beneficiary of the parent company’s “global growth agenda.” This brand initiative is “focused on a more innovative and faster product creation engine, a digital-direct offense and accelerated international growth,” CEO Blake Krueger said on Wednesday morning’s earnings conference call with analysts.

“We’ve been making investments across all three key elements of our growth agenda, and we’re excited to see the benefits of the new tools, processes and capabilities from our ‘way forward’ transformation initiative helping to drive better top line performance,” he added. “Merrell was our first brand to take full advantage of these new tools and capabilities. We continue to expect these incremental investments to be approximately $45 million for the full year 2018.”

Not only was Merrell’s revenue in the high teens, but the “quality of revenue was excellent,” Krueger added. Merrell had a “higher mix of full-priced sales which helped to drive significant improvement in gross margin.”

And Merrell’s growth was ahead of plan, Krueger added, “driven by broad based increases across all regions, product categories and direct-to-consumer.” The brand’s hike category—Merrell’s largest—was driven by impressive growth in the refreshed Moab, Chameleon, Siren and MQM collections, while the outdoor lifestyle category also posted strong sales, led by the Jungle Moc, Terrain and Encore collections.

“Historically, the lifestyle category has been a drag on Merrell’s revenue growth, but the category is now beginning to show some signs of life, which we believe bodes well for the brand moving into 2H18,” wrote Sam Poser of Susquehanna Financial Group LLLP in a note to investors.

Merrell received plenty of recognition at the recent Outdoor Retailer Summer Market in Denver, CO (to read SGB’s take on some of Merrell’s recent product, click here), something analysts asked about on the call. Krueger cited some of the awards Merrell received, adding that the brand is “well positioned to deliver high-single to low-double-digit growth in 2018. This growth is being driven by global momentum across all consumer territories including strong retail sell-through trends.”

The company reported revenue of $566.9 million, down 5.3 percent from the same quarter a year ago, and missing estimates by $1.9 million. Underlying revenue increased 3.9 percent; further adjusting for currency, it increased 3.3 percent.

Merrell bolstered Wolverine’s Outdoor & Lifestyle Group, where underlying revenue grew 8.6 percent versus the prior-year quarter, up 7.6 percent in constant currency. While Merrell posted the company’s highest quarterly growth rate in several years, the gains were partially offset by declines in the low single digits from Cat and Hush Puppies.

Other brands of note include Chaco, which posted revenue below expectations as “the brand was impacted by a late start to its spring sandal season, with weakness concentrated in the first several weeks of the quarter,” Krueger said. “This trend improved during the second half of the quarter, and the brand is now focused on driving its online business and delivering a more frequent flow of fresh product and compelling stories in the back half.”

In the Boston group, underlying revenue declined 1.6 percent, down 2 percent in constant currency versus Q2 2017. While Sperry saw growth in the low single digits and Keds posted growth in the high single digits, they were offset by a more than 10 percent decline at Saucony.

However, this was in line with Wolverine’s expectations, as the brand was impacted in Q2 by quality and delivery challenges referenced that “are now largely behind us,” Krueger said.

“We expect improving year-over-year revenue trends for the second half of the year related to the launch of several new collections,” Krueger said. “We’re especially pleased to announce that Anne Cavassa joined Saucony in the second quarter as its new president, and is already having a meaningful impact on the Saucony business.”

Merrell’s and Sperry’s performances stood out for Michael Kawamoto of D.A. Davidson, who praised both brands as exemplary of Wolverine’s larger strategy in his note to investors: “Merrell’s robust growth and Sperry’s gaining momentum reflect that WWW’s Global Growth Agenda is yielding results, as the brands continue to gain traction with consumers. The implementation of these initiatives should continue to show progress across the portfolio going forward as well.”

The solid quarter prompted Wolverine to raise earnings projection for the full year. The full-year outlook is summarized below.