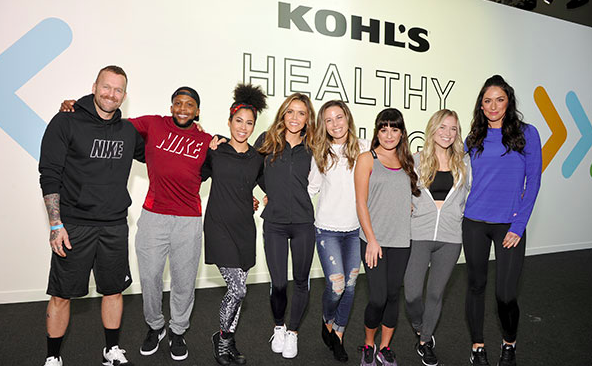 The Active segment for Kohl’s, which has grown to represent about 20 percent of the retailer’s mix, saw comps climb 10 percent in the third quarter and Kohl’s officials believes the chain is increasingly being perceived as a go-to place for active apparel.

Active was highlighted as a growth focus for the department-store chain four years ago led by Nike and Adidas as well as the arrival of Under Armour in spring 2017.

“Active really for the last couple of years has been on a fantastic growth trajectory,” said Michelle Gass, CEO at Kohl’s, on a conference call with analysts. “Our customers and we have data to suggest this – customer research we’ve done – continue to see us more and more as an active destination. And like we saw last Q4, when people are out there shopping, they’re buying for gifts, but they’re also buying for themselves and active is here to stay, it’s part of people’s lifestyles, people are wearing actives to work out, they are also wearing it to run to the supermarket or the coffee shop. So I think given that Kohl’s is so kind of known for being a casual apparel destination, we’ve been able to extend that into being a destination for active.”

For the third quarter, she said the Active segment’s top-three brands, Nike, Under Armour and Adidas, “continue to perform well with category additions and relevant product offerings resonating with our customers.”

Overall, Kohl’s sales in the quarter grew 1.3 percent to $4.63 billion, in line with Wall Street’s targets. Comps gained 2.5 percent against a 0.1 percent increase a year ago and represented its fifth consecutive quarter of comp gains.

Overall, the casual apparel businesses, which includes Active, saw notable gains as men’s found strength across all core categories. Said Gass, “We experienced notable growth in our men’s private brands such as Sonoma and Croft & Barrow as well as the national brands such as Haggar, IZOD, and Columbia. Our men’s active business was incredibly strong driven by our key active categories and brands and amplified by additions in golf and Big & Tall.”

Gass said fall seasonal categories “had a great start in Q3 and delivered a high-single digit comp across many product areas including fleece, outerwear, and sleepwear.”

National brands, which represents approximately 60 percent of sales, saw almost 4 percent increase in sales in Q3. Proprietary brands delivered another quarter of positive growth. The three biggest in-house brands, Sonoma, Apt. 9 and Croft & Barrow, have been relaunched over the last three years and “all performed particularly well” in the quarter. Speed-to-market initiatives also helped by reducing end-to-end timelines for its proprietary brands by 40 percent.

Net earnings in the quarter grew 37.6 percent to $161 million, or 98 cents a share, exceeding Wall Street’s consensus target by 2 cents.

Operating profits were essentially flat at $258 million against $257 million. The higher net earnings were due to lower interest expense and taxes. Gross margins improved 25 basis points to 37 percent due to a focus on inventory management and speed to market. SG&A expenses were 29.7 percent of sales in the latest quarter, up slightly from 29.3 percent a year ago.

Looking ahead, Gass said she’s “bullish” on holiday selling with the momentum seen with five consecutive quarters of sales growth as well as product initiatives. She said, “We have a very strong product assortment for the season. Like last year, we expect the strength of our active business and our national brands to continue. Our core business across proprietary brands is improving and this year, the team is amplifying a new big idea around Cozy, a strong consumer trend and an area that plays to our strength. This includes categories such as fleece, sleep, flannel, sweaters and sherpa across apparel, footwear and home. Additionally, we’ve enhanced our toy offerings by introducing two iconic brands for the holidays, LEGO and FAO Schwarz. Both of those brands are already off to a great start.”

Also expected to support fourth-quarter gains is planned marketing investments that include Kohl’s Cash promotions, expected continued double-digit growth in digital, and the benefit of competitive store closures that have happened throughout the year. She said, “The holiday season is when Kohl’s is at its best and this year will be no exception.”

Analyst’s consensus expectations for the year has been $5.51 and the midpoint of that figure indicates that the fourth-quarter outlook is below analysts’ view. Kohl’s will also be facing challenging comparisons against the year-ago fourth quarter, when comps jumped 6.3 percent. 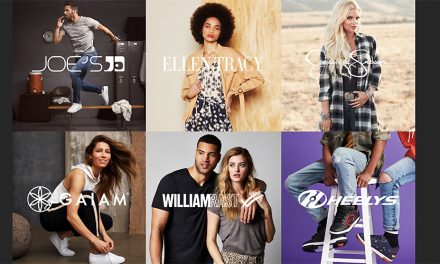