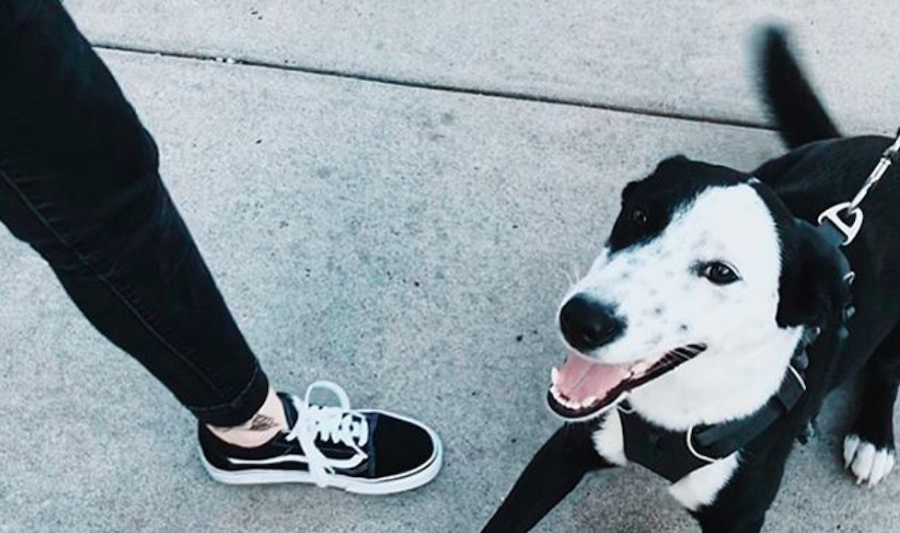 With August continuing to show strong top-line momentum, the company, which also owns the U.K-based Schuh footwear chain and Johnston & Murphy, significantly lifted its earnings outlook for the year.

Adjusted for excluded items in both periods, profits reached $2.5 million, or 15 cents, against a loss of $202,000, or 1 cent, a year ago. Results were well above Wall Street’s consensus target calling or a loss of 1 cent.

Net sales for the quarter were flat at $487 million. Excluding the effect of lower exchange rates, sales would have increased by 1 percent. Comps increased 3 percent, with stores up 1 percent and direct up 20 percent. Direct-to-consumer (DTC) sales were 10.4 percent of total sales, compared to 8.9 percent last year.

The bottom line was helped by an improvement in gross margins by 110 basis points to 48.6 percent. The gains reflect freight claim credits for Journeys Group, improved wholesale gross margin in Johnston & Murphy Group and efficient sell-through of sale product at Schuh Group with lower markdowns.

SG&A expense for the quarter was 47.6 percent, up 30 basis points. Increased marketing expenses was partially offset by decreased bonus expense and store rent.

On a conference call with analysts, Bob Dennis, chairman, president and CEO, said Genesco achieved its ninth consecutive quarter of positive consolidated comps for its footwear businesses. The gain was particularly notable given the” more challenging step comp comparisons” as the 3 percent comp gain came on top of a 6 percent comp gain in the 2018 second quarter.

In the first quarter, the gain of 5 percent was going against an easier 2 percent increase a year ago.

Said Dennis, “This solid performance combined with our strong first-quarter results represent a great start to our first fiscal year as a footwear-focused company following the sale of Lids in early February.”

Regarding Lids, Dennis said the company completed most of the moves required to transition Lids off its infrastructure and systems during the quarter.

Among its segments, Journeys’ sales grew 3.3 percent in the quarter to $315.2 million. Operating profits catapulted 70.0 percent to $11.3 million.

The 4 percent comp increased came on top of a 10 percent gain last year, marking the 9th consecutive quarter of increases for Journeys. The growth was highlighted by both positive store comps and strong double-digit e-commerce growth. Comp sales on a two-year stack basis improved from Q1 to Q2. Journeys saw mid-single-digit increases in conversion and a low single-digit increase in transaction size.

“It was another outstanding quarter as the strength of its product assortment fueled continued topline momentum even as the business was up against a more challenging comp comparison,” said Dennis.

Strong full-price selling of seasonal footwear, including sandals, contributed to Journeys’ Q2 sales and margin gains, as did the ongoing success of fashion athletic styles. Added Dennis, “As usual, the retro and casual products that were bestsellers this year were different from a year ago, as the Journeys merchants continue to showcase their ability to adeptly manage the fashion rotation that is an inherent part of the business.”

He said Journeys’ earnings gain reflects “great expense control along with the strong sales allowed for expense leverage, with rent leverage as the highlight.”

Schuh’s sales were down 5.8 percent to $98.2 million. Excluding the impact of foreign exchange, Schuh’s total sales were down 1 percent. Operating earnings fell to $39,000 from $1.07 million a year ago.

The flat comps came in spite of a challenging macroeconomic environment in the U.K. E-commerce posted strong double-digit growth in comps but that was offset by negative store comps. Store traffic declines and lower conversion rates were partially offset by higher ASPs. Comps on a two-year stack basis improved sequentially from the prior quarter, from double-digit negative to single-digit negative. Consumer brand choices continue to be polarized with strong preferences for certain athletic and casual brands.

“The operating environment remains difficult due to the continued soft consumer demand for apparel and footwear, challenging retail traffic overall and then overall economic weakness related to even greater Brexit uncertainty,” said Dennis of the U.K. “Given all that, we were pleased that Schuh achieved a flat comp driven by improved e-commerce results.”

He credited the Schuh’s team’s ability to increase margins in the period with their focus on inventory management.

Dennis noted that the U.K.’s Sunday Times reported that Schuh had engaged an outside adviser to help explore potential restructuring efforts, but Dennis said the group was hired to focus only on rent re-negotiations. He stressed that Genesco is not exploring a sale of the business. He added, “Schuh remains firmly in our future plans, and we are encouraged by the results of our 20-point plan and we are committed to working closely with the teams to improve upon recent results.”

Among its other segments, Johnson & Murphy’s sales slid 1.7 percent to $67.3 million. Operating income improved to $1.52 million against earnings of $715,000. The 1 percent comp came on top of an 8 percent decline a year ago. A decline in-store traffic was offset to some extent by an increase in conversion and higher transaction size.

Johnson & Murphy’s results from a shift in the sale catalog to later in the quarter came in less than expected but apparel sales were strong. Better gross margins and lower expense dollars led earnings to come in above plan.

Dennis said, “Nine of the top 10 shoes for the season in our retail business were casual sport or hybrid styles with athletic-inspired bottoms underscoring the progress J&M has made diversifying its product offering beyond the dress shoes that the brand was originally known for.”

“The top-line momentum that we experienced in the second quarter continued nicely in August on both sides of the Atlantic for Journeys and for Schuh through the heart of the back-to-school selling season,” said Dennis. “J&M’s August comp results slowed during this low-volume month for this business, as all goods begin to land and before a shift in the season begins.”

Based on our strong first-half results and positive start to the third quarter combined with the repurchase of more shares than initially expected, Genesco raised its full-year guidance.

Said Dennis, “We are now more optimistic about Journeys’ results offset by foreign exchange headwinds at Schuh and some comp headwinds at J&M.”

Regarding tariffs, Mimi Vaughn, COO, said Genesco doesn’t expect the “impact will be significant” this year, estimating a cost of $1 million. The impact is not yet included in guidance “as it remains a very fluid and dynamic situation.”

She said that on an annual basis, currently about one-third of its merchandise is imported from China, with approximately 10 percent from direct imports and the remaining amount imported by third-party vendors. For Journeys which accounted for 65 percent of Genesco’s total sales last year, Genesco estimates that 30 to 40 percent of the product the chain purchases from third-party vendors is currently sourced from China.

Said Vaughn, “We do know that many of our vendors especially the bigger ones which represent the majority of our purchases have some time ago diversified their sourcing to include countries in addition to China. Therefore, we anticipate they will ship as much product sourced from factories and places like Vietnam to the U.S., as they can to mitigate any impact. The good news is that, to date, we have not heard from any of our footwear vendors that they intend to pass on price increases for this year.”