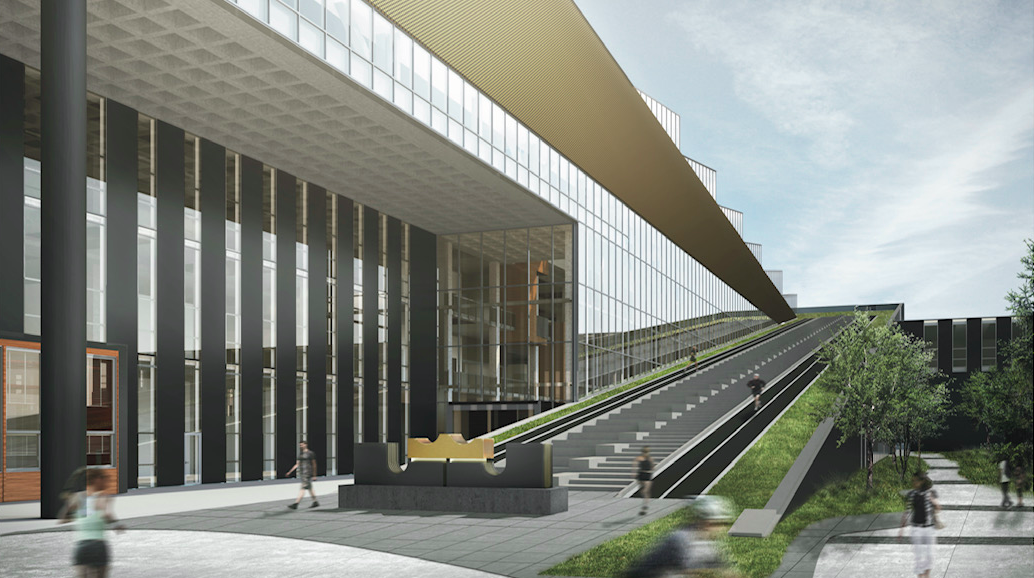 The LeBron James Building is the sixth new building at Nike WHQ, a project that kicked off in early 2015.

Located in WHQ’s north campus, the LeBron James Building will be home to Nike’s Beaverton-based Advanced Innovation team. It will house a state-of-the-art Sport Research Lab — an investment in Nike’s most powerful competitive advantage, and continued proof of Nike’s leadership in sport science.

“It’s so surreal,” James said. “It’s been an honor to be a part of such a great company for the last 18 years. And to know that a building with my name will reside on campus — it’s truly an honor, and I feel truly special.”

5 Facts About the LeBron James Building

A Nike athlete since 2003 — the same year he was drafted into the NBA as the No. 1 pick — James is the youngest player in league history to surpass 30,000 career points. With an unyielding commitment to family and home, LeBron continues to give back to his hometown of Akron, Ohio, never forgetting the community from where he came.

Seattle-based firm Olson Kundig led the architecture design in partnership with Mortenson Construction. PLACE, of Portland, is providing landscape architecture services. James’ building, along with the previously announced Serena Williams Building, is slated to open in 2020.