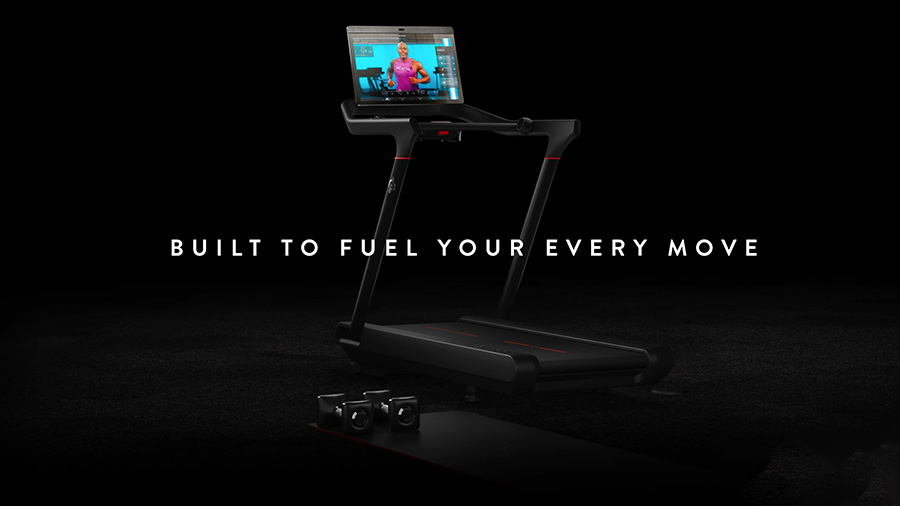 Peloton Interactive Inc. reported sales more than doubled in its third quarter ended March 31 and indicated delivery wait times improved. However, a controversial recall of its treadmills is expected to pull down revenue and profit moving forward.

On its quarterly call with analysts, the connected-fitness giant said recalling and halting sales on two lines of treadmills would cost $165 million in the current quarter, and it lowered sales and profit forecasts for the fiscal year ending June 30.

“We’re going to take some short-term financial pain to be able to invest in building something that’s built to last for decades where our brand is pristine,” Peloton CEO John Foley said on a call with analysts Thursday.

In mid-April, the U.S. Consumer Product Safety Commission (CPSC), in an unusual move, warned people to stop using Peloton’s Tread+ “immediately” if they have children or pets in the home, citing 39 incidents, including one death. Peloton initially called the warning “inaccurate and misleading,” arguing that the machine is no more dangerous than other treadmills.

On Wednesday, Foley apologized for initially rebuffing the U.S. Consumer Product Safety Commission’s recommendation that the treadmills be recalled. In a statement, he said he should have acted more quickly to resolve the issue when the safety concerns were raised.

Foley said on Thursday, “I think yesterday was a big day in mending trust and telling the market and our consumers and our members that we’re going to prioritize safety, and we plan to have an industry-leading brand, one of the special brands, one of the most trusted brands over the next couple of decades. And it started yesterday with our recall to say we’re going to take some short-term financial pain to be able to invest in building something that’s built to last for decades where our brand is pristine. And so, I think that’s what we saw yesterday and something we’re obviously committed to.”

The recall halted sales of its two models and delayed the planned launch of a less-expensive version in the U.S. Peloton also expects to incur added costs because it’s offering customers full refunds and will waive all treadmill customers’ membership fees for three months. This should reduce its fourth-quarter adjusted EBITDA by about $16 million, Peloton said.

“Our goal is to have the best safety features for treadmill products on the market,” said Foley during the call. “There will be a short-term financial impact due to the steps we’re taking.”

Peloton officials said it isn’t clear when the treadmills will return to the market as it tries to fix the design of the machines. The CPSC must approve new enhancements to its treadmills that will make the equipment safer before it can sell the equipment again, Foley said Thursday. The CPSC has said the Tread+ is riskier than an average treadmill because the belt sits higher than a typical treadmill, and it lacks a rear guard.

Foley added that he anticipates the Tread to go on sale again “much sooner” than the Tread+. He said, “This process typically takes six to eight weeks. It could take longer. So we can’t offer an on-sale or revised launch date at this time.”

The recall involving the Tread+ involves about 125,000 units. The recall notice indicated that a six-year-old child had died after being pulled under the rear of the treadmill. In addition, Peloton had received 72 reports of adult users, children, pets, and objects drawn under the back of the treadmill, including 29 reports of injuries to children such as second- and third-degree abrasions, broken bones and lacerations.

Still, demand for its cycles, which represent the majority of its business, remains strong. Treadmills account for about 12 percent of the company’s equipment revenue going back to 2018 when the machines first went on sale, BMO analyst Simeon Siegel said in a research note.

Peloton reported fiscal third-quarter sales growth of 141 percent, saying recent investments in its supply chain allowed it to improve deliveries.
Peloton’s net loss was reduced to $8.6 million, or 3 cents per share, from a loss of $55.6 million, or 20 cents, a year earlier. Wall Street’s consensus forecast had called for a loss of 12 cents.

Connected fitness revenue rose 140 percent to $1.02 billion, representing 81 percent of its total sales. The company said that subscription revenue grew 144 percent from 2020 to $239.4 million and made up 19 percent of total revenue.

Sales were driven, in part, by an acceleration of expected deliveries, Peloton said. Last quarter, it announced plans to invest $100 million in air freight and expedited ocean freight over six months to speed shipments. It also completed its $420 million acquisition of the manufacturer Precor on April 1 to boost production capabilities in the U.S.

The better-than-anticipated net added subscriber rate was driven by expedited shipping investments, which accelerated Bike and Bike+ deliveries. Net adds were also helped by a reduction in average net monthly connected fitness churn, which Peloton uses to measure retention of connected fitness subscribers, to a six-year low of 0.31 percent. Peloton has been adding new content, such as barre and Pilates classes, to keep its customers engaged.

Total workouts, which include those from connected fitness users and from digital-only customers, grew to more than 171 million from 48 million a year earlier. Foley said, “This engagement leads to industry-leading retention levels, and most importantly, a happier and healthier community, now numbering over 5.4 million global members.”