Hanesbrands Inc., the parent of Hanes and Champion, reported first quarter sales decreased by 5% to $987.8 million from $1.04 billion, reflective of conditions in the retail marketplace. Excluding restructuring actions, earnings per diluted share increased by 56% to 42 cents a share as a result of reduced long-term debt, lower base interest rates, and operating profit growth.

“We are very pleased with our profit results in a tough economic climate. Our strong profit growth was driven by continued cost-reduction initiatives and management of our debt structure in spite of a sales decline,” Hanesbrands CEO Richard A. Noll said. “The key to our success is the continued execution of our business strategies of investing in our brands, driving cost reductions and globalizing our supply chain, and effectively investing our cash flow.”

— Earnings per diluted share in the quarter increased 217 percent to $0.38, up from $0.12 a year ago. Non-GAAP diluted EPS, which excludes actions, increased 56 percent to $0.42 per share, up from $0.27 a share a year ago. Non-GAAP net income, which excludes actions, increased by $14.2 million on the strength of cost reductions, supply chain initiatives, and lower interest expense. This net income improvement was a result of $4 million from higher operating profit, $6 million in lower interest expense due to lower long- term debt and implementing our accounts receivable securitization program, as well as $6 million in savings from lower LIBOR rates. Those improvements were partially offset by slightly higher income tax expense.

— Operating profit in the quarter increased to $87.8 million, from $68.9 million a year ago. Non-GAAP operating profit, which excludes actions, increased by 4.9 percent to $93.6 million for an operating margin on sales of 9.5 percent versus 8.6 percent a year ago. Cost-reduction efforts resulted in an improved gross margin. As a percent of sales, selling, general and administrative costs were up, but the actual costs were flat, even though a timing shift resulted in higher media spending in the first quarter to support the launch of marketing initiatives for new Hanes products and the revitalization plan for Playtex. –

– Total net sales in the quarter decreased by $52 million to $987.8 million, from $1.04 billion in the year-ago quarter. Sales decreased in the company's innerwear and outerwear segments, with declines in most product categories across most customers. The company's sales to retailers are consistent with broad-based macroeconomic point-of-sale trends. International segment sales increased by 15 percent, driven by favorable foreign currency exchange rates and growth. — Hanesbrands continued to have a strong cash position at the end of the quarter. The company repurchased $8.3 million in company stock in the quarter, or 334,980 shares at an average price of $24.69.

“Our successful profit results in the quarter demonstrate that we have several business levers to increase our EPS as we strive to achieve our long-term growth goals,” Noll said. “We are pleased with our ability to execute cost reductions to deliver our solid profit performance. We are now focused on executing sales and marketing plans for the rest of the year, particularly for the important back-to-school and year-end holiday periods, to best navigate a challenging consumer environment.” 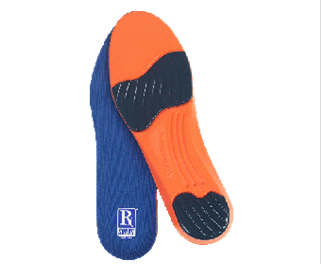