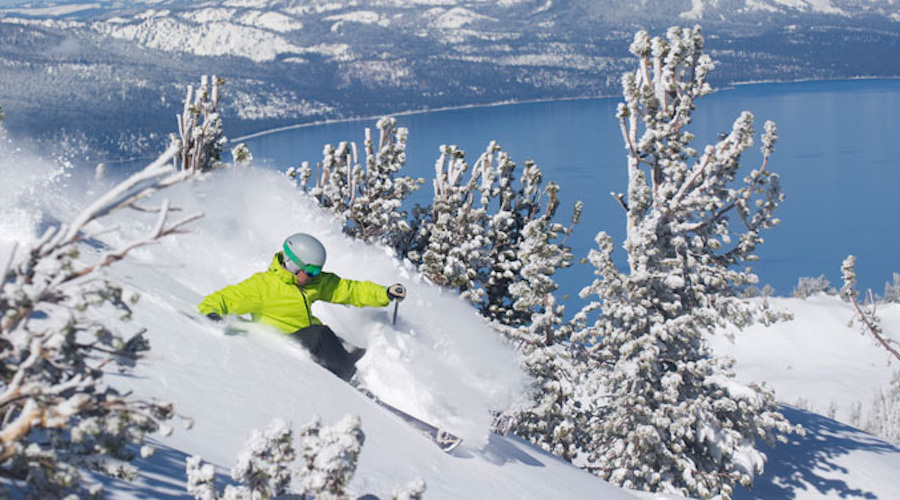 Good snowfall to start the 2018/19 ski season was a boon for many resorts across the U.S., with plentiful powder and the opening of terrain and lifts often not accessible until January stoking hopes of an epic performance for the industry.

All of which made last week’s news from Broomfield, CO-based Vail Resorts Inc. that much more surprising. The generally strong early season in terms of snow in most—but certainly not all—regions wasn’t enough to lift Vail’s destination guest numbers.

Because of a decline in visitors across its footprint, the company on Friday lowered its resort reported EBITDA outlook—even as other metrics improved.

Vail reported that season-to-date total lift ticket revenue at the company’s North American mountain resorts, including an allocated portion of season pass revenue for each applicable period, increased 12.2 percent compared to the prior year season-to-date period.

But Vail said it now expects EBITDA to be “slightly below the low end” of the $718 million to $750 million range that the company announced in September. The lowering caught analysts and Wall Street by surprise and sent stocks tumbling in the low-double digits to a 21-year low Friday.

Vail’s destination guest visitation last month was “much lower than anticipated in the pre-holiday period, particularly December 1 through December 21,” said CEO Rob Katz. “We believe this was driven by destination guests’ concerns from two prior years of poor pre-holiday conditions at our U.S. resorts and we did not see the pickup in short-term bookings we had expected.

Simply put, Vail’s potential customers were hesitant to book trips to Vail-owned properties because they feared a lack of snow, which has been an issue for the past few seasons.

Vail’s shares held steady on Monday, up 67 cents, or 0.4 percent, to $188 at closing bell. But the drop is the second in less than six weeks for the ski resort giant. The company in early December suffered its largest sell-off—nearly 20 percent—since the company went public in 1997 on its widened loss and revenue miss in the fiscal first quarter.

In a note to investors Monday morning, Tyler Batory of Janney said Vail lowering its EBITDA guidance was “especially shocking for investors given the strong perceived weather conditions, easy comps and the fact that management has a historical track record of exceeding investor expectations.”

But Batory said that a follow-up call with Vail revealed that the company is facing a few significant headwinds beyond what Katz outlined in his comments (poor weather, a drop-off in short-term bookings, and softness at Whistler and Tahoe).

One is the arrival of Alterra Mountain Co.’s Ikon Pass, which debuted for the 18/19 season and now strongly competes with Vail’s Epic Pass as one of the dominant multi-mountain pass products.

“In our view, it’s possible the competitive environment could be hurting (Vail),” Batory said. “This is the first time in our view the Epic Pass has ever had a credible competitor. We think Ikon has a compelling lineup in Tahoe/California, which could explain why Vail underperformed in Tahoe. We also think pre-holiday has less repeat visits than the peak holidays weeks and could be a time for ‘samplers’ to try new resorts. Softness in this time frame could be the result of the Ikon Pass taking some share of destination skiers.”

Batory went on to list some additional factors that may be at play, including the “possible slowing global growth and stock market volatility” having a mild negative impact on the company.

Other analysts echoed those comments, even questioning the timing of the release of the lowered EBITDA guidance.

“Although (Friday’s) softer-than-expected operating metrics release definitely caught us and the Street by surprise, we believe management inflicted collateral damage on the stock by waiting until today to revise guidance lower,” Brad Boyer of Stifel wrote in a note to investors. “Recall, Vail reported F1Q19 results on December 7, 2018. While we acknowledge management had limited to no visibility into the weather outlook at that time, we have to think they were privy to some forward-looking data/metrics that indicated achieving the high end of its prior guidance was not going to be possible. In our view, management would have been much better suited to ‘take its medicine’ in conjunction with the F1Q19 release as opposed to waiting until today.”

And Brett Andress of KeyBanc Capital Markets wrote in a note to investors that Vail’s announcement can best be described as “disappointing,” and that three factors are of the highest concern.

“One, the lack of visibility, as Vail attributed a portion of the miss to the period between December 1 and December 21, and MTN reported results and reiterated the guidance on Dec. 7; subsequently, the short-term bookings from destination guests did not meet their expectations in that period of time,” he wrote. “Two, the results open the door further to concerns around macro sensitivity (i.e., did stock market volatility in December weigh on trips?); and three, competitive concerns and mix impacts are likely to remain forefront, injecting the possibility that Vail’s pass base has mixed down and lost more higher-spend, destination-based Epic Pass members to Ikon than originally expected. In terms of where we go from here, favorable weather becomes less important and further near-term multiple pressure is likely as visibility remains clouded.”