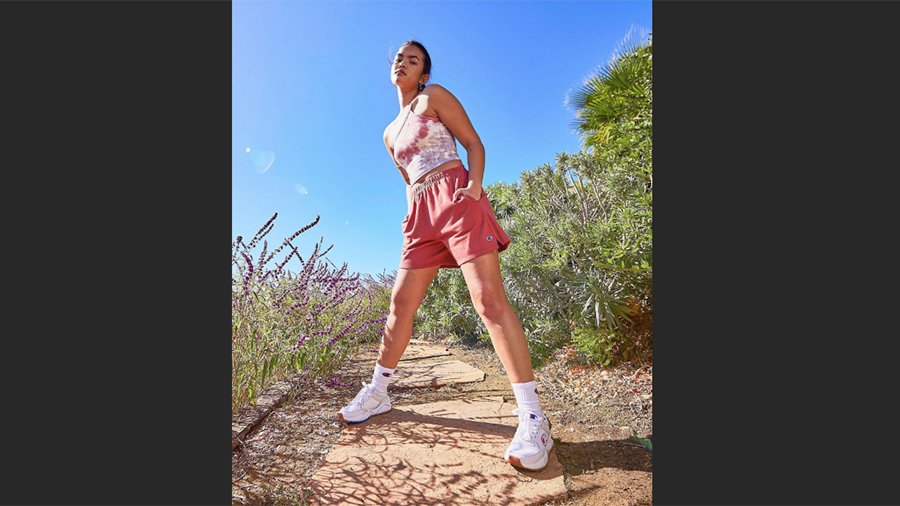 Hanesbrands on Thursday morning announced the hiring of LeFebvre as president of Hanesbrands’s global activewear business, which is led by Champion. She was most recently SVP, North America for Adidas with responsibility for e-commerce, retail stores and wholesale. Before joining Adidas in 2019, LeFebvre was president of Lord and Taylor

Steve Bratspies, CEO, on a call with analysts, touted LeFebvre’s industry experience. He said, “She’s in the industry today in the activewear space, a great background in merchandising, e-com channel strategy, which I think is one of the big opportunities for us to continue to get smarter about channel strategy and continue to build product on a global basis. And she’s done all those things before. And I think she brings a lot of experience as we go forward. So excited to have her joining the team to continue to grow that business over time.”

In the first quarter, Champion saw the strongest growth internationally with sales ahead 10 percent in constant currency, or 4 percent on a reported basis. The gains were driven by growth in Europe and Latin America, as well as continued expansion in certain Asian markets, including China. Champion sales in the U.S. increased 2 percent over the prior year, driven primarily by strong growth in the collegiate channel.

Michael Dastugue, CFO, told analysts, “While we’re encouraged that we positively comp last year strong 41 percent growth rate in the U.S., we were disappointed that product supply challenges did not improve as expected in the quarter. Delays in receiving Champion product with some of our suppliers resulted in approximately $40 million of in-hand orders in the U.S. going unfulfilled in the quarter. Had the product arrived in time, Champion sales in the U.S. would have increased at a high teen’s rate and constant currency sales for global Champion would have grown 14 percent for the quarter.”

Bratspies said Champion remains on its path to reaching $3.2 billion in annual sales by 2024, representing a 14 percent compound annual growth rate (CAGR). In February of this year, the goal was raised from a previous target of $3 billion. Champion’s sales were about $2 billion in 2021.

Addressing progress at Champion, Bratspies said Champion in the quarter continued its expansion in China, adding new stores in the quarter through partners. In Europe, Champion continued to reach new consumers with new styles and silhouettes for kids. Champion also doubled its spring/summer footwear sales in the period, driven by expanded product offerings across channels and geographies.

“We also launched our ‘Win with Women’ campaign as we grow our Champion franchise with young female consumers,” said Bratspies. “This campaign celebrates women in sports with an underlying narrative of fueling confidence for women to feel comfortable in their own skin. We launched the campaign in mid-March, which is centered on our soft-touch sports bras and leggings. The integrated marketing campaign is off to a great start. And we’ve seen strong consumer engagement our Champion site with higher conversion and increased sales.”

Companywide, net sales at Hanesbrands of $1.58 billion increased 5 percent over the prior year and 7 percent on a constant currency basis. Sales topped the company’s guidance in the range of $1.51 billion to $1.57 billion.

The earnings decline was expected due to the expected impact from higher inflation and the higher-than-planned strategic investment in expedited freight to service new retail space gains and new product innovation.

Among its segments, Activewear sales grew 6.3 percent to $386.9 million. By brand, Champion sales were consistent with the prior year. Champion was able to comp last year’s strong growth in the segment as the result of strong growth in the collegiate channel. However, product delays resulted in approximately $40 million of in-hand orders going unfulfilled in the quarter. Had the product arrived in time, Champion sales in the U.S. would have increased at a high-teens rate, and constant currency sales for global Champion would have grown 14 percent for the quarter. In the quarter, sales of other Activewear brands increased mid-teens over the prior year.

Operating margin for the Activewear segment of 12.7 percent decreased approximately 400 basis points compared to the prior period as volume benefits were more than offset by the expected impact from higher inflation, merchandise mix and increased investments in brand marketing. Activewear price increases are expected to be in effect in the third quarter.

Innerwear segment operating margin of 17.6 percent decreased approximately 470 basis points compared to prior year. The partial-quarter impact from the price increase and the benefits from volume and mix were more than offset by the expected impact from higher inflation, the higher-than-planned strategic investment in expedited freight to service new retail space gains and new product innovation, as well as increased investments in brand marketing.

International sales, on a constant currency basis, increased 7 percent to $510.1 million to the prior year driven by growth in Europe, the Americas and China. Constant currency sales declined in Japan due to ongoing COVID-related pressures and in Australia due to product delays.

Operating margin for the International segment of 17.5 percent increased approximately 30 basis points over prior year driven by fixed-cost leverage from higher sales, benefits from a business mix and disciplined SG&A expense management.

For the second quarter, sales are expected in the range of $1.68 billion to $1.73 billion, which includes a projected headwind of approximately $40 million from changes in foreign currency exchange rates. At the midpoint, this represents sales consistent with the prior year on a constant currency basis, or down 3 percent on a reported basis. By segment, Innerwear and Activewear segment sales are expected to be down approximately 1 percent over the prior year. International segment sales are expected to be up low single digits on a constant currency basis, and down mid-single digits on a reported basis.

EPS is expected in the range of 28 cents to 32 cents on a reported basis and 32 cents to 36 cents on an adjusted basis.