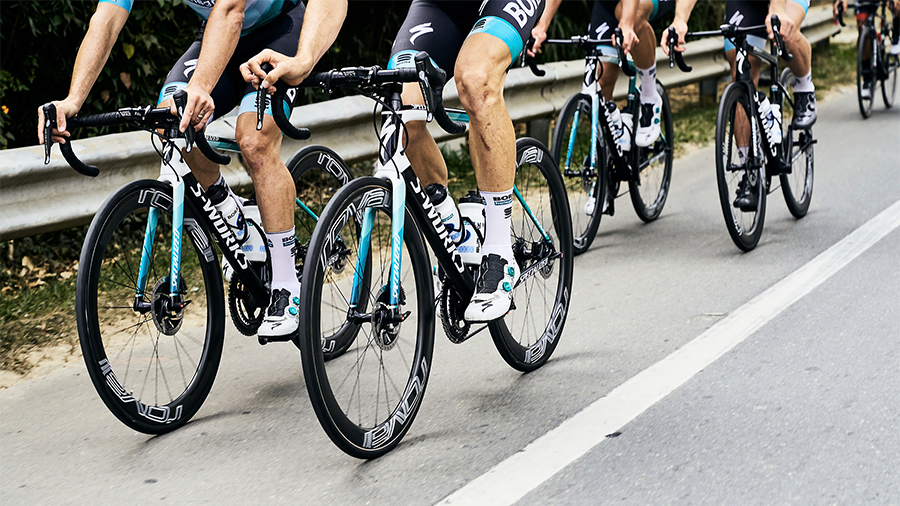 Gross margins improved slightly to 62.8 percent from 62.4 percent, driven by product mix. SG&A expenses increased slightly to $12.7 million from $11.4 million due to increased employee costs related to the company’s bonus plan, incremental headcount and marketing investments, but were reduced, as a percent of sales, to 22.4 percent from 31.3 percent a year ago. SG&A expenses in the year-ago period included $1.1 million in integration services fees paid to Compass Group Management (CGM) that did not recur in the current quarter. Operating earnings increased 157.5 percent to $18.8 million. BOA was acquired in October 2020.

Marucci Sports’ Sales Jump 42.3 Percent
Marucci Sports’ sales reached $52.1 million in the quarter, an increase of 42.3 percent. The gain was due to the company’s acquisition of Lizard Skins in the fourth quarter of 2022, increased customer demand and market share in key product lines, including aluminum and wood bats and batting gloves.

Gross margins eroded to 44.8 percent from 59.5 percent a year ago. In the current quarter, Marucci recorded $1.5 million in amortization of the inventory step-up resulting from the acquisition purchase price allocation of Lizard Skins. Excluding the effect of the step-up amortization, gross margins would have been 47.6 percent. The margin decline was primarily due to increased freight costs as delays in Marucci’s supply chain, coupled with demand exceeding the company’s forecast, led to increased use of air freight to meet demand.

SG&A expenses increased 37.9 percent to $13.1 million correlating to the increase in net sales, with increases in credit card expenses, royalties, commissions, business development fees, and other variable expenses. SG&A expenses, as a percent of sales, was 25.2 percent, down from 25.8 percent a year ago. Operating income fell 24.8 percent to $7.9 million as a result of the reduced gross margins, higher SG&A expenses, and an increase in amortization expense related to the Lizard Skins intangibles assets. Marucci Sports was acquired in April 2020.

5.11’s Sales Increase 4.2 Percent
5.11’s sales rose 4.2 percent to $104.0 million due in part to direct-to-consumer sales growth of $2.8 million, up 7 percent from the prior year’s comparable period. Retail sales grew largely from positive growth in same-store sales year-over-year and increased sales from twelve store openings since March 2021 (bringing the total store count to 88 as of March 31). Net sales were also positively impacted by a $2.7 million increase in direct-to-agency sales following the completion of a large contract and a $1.4 million increase in international channel sales. These sales increases were partially offset by a decrease of $2.3 million in the domestic wholesale channel due to supply chain challenges limiting available inventory.

Gross margins were flat at 52.1 percent and driven by channel mix as direct to consumer sales, which realized higher gross profit than wholesale sales, grew versus the prior period. Gross margins were also favorably impacted by a domestic price increase that went into effect early in July 2021, which was offset by continued increases in the inbound ocean and air freight charges during the period due to logistic challenges.

SG&A expenses increased 4.6 percent to $45.8 million due to additional retail store costs, increased sales and marketing spend to drive digital sales, and increased travel and entertainment spend stemming from the pandemic. These increases were partially offset by a decrease in variable marketplace expenses based on decreased sales in the wholesale channel. As a percent of sales, SG&A expenses were 44.1 percent against 43.8 percent a year ago. Operating income was $5.9 million, up from $5.8 million a year ago.

Velocity Outdoor Sales Decline 21.6 Percent
Velocity Outdoor sales fell 21.6 percent to $51.4 million. The decrease is primarily due to softness in the airgun market driven in part by inflationary pressures along with delays in its shipping channels.

Gross margin decreased to 26.0 percent from 32.2 percent a year ago due to product mix as more 2021 models received in 2022 were sold at lower margins due to the supply chain disruption.

SG&A expense increased slightly to $7.9 million from $7.7 million a year ago and increased as a percent of sales to 15.4 percent from 11.8 percent a year ago. The increased expense margin was driven by the decrease in net sales as spending on SG&A expenses was flat year-over-year, with Velocity continuing to invest in consumer marketing. Operating earnings fell 71.8 percent to $3.1 million.

Net income jumped 35 percent to $29.7 million. Adjusted earnings were up 38 percent to $36.0 million, while income from continuing operations surged 41 percent to $18.4 million.

As a result of the strong financial performance in the first quarter and the expectations for the remainder of 2022, Compass Diversified now expects consolidated adjusted EBITDA for the full year between $410 million and $430 million, up from previous guidance in the range of $400 million and $420 million.