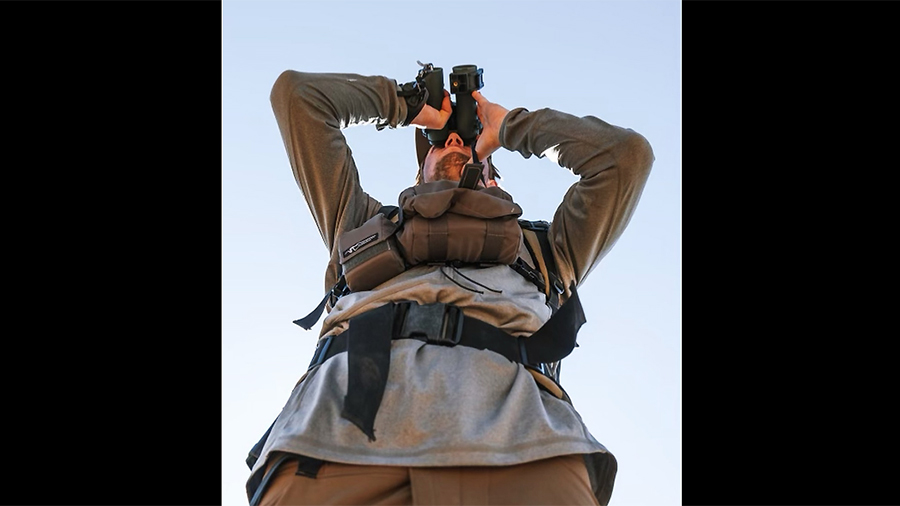 Vista Outdoor reported its seventh consecutive quarter of record quarterly results to close out another record fiscal year, but the big news was management’s decision to split its Outdoor Products and Sporting Products segments into two independent, publicly-traded companies. On a call with analysts, CEO Christopher Metz said the separation will enable each business to better prioritize growth strategies.

Metz noted that over the past few years, significant progress has been made executing on Vista’s value-creation strategy to position its numerous brands for enhanced growth and become a “nimbler and more profitable business.” Sales have grown from $1.8 billion in its fiscal year ended March 2020 to over $3 billion in its latest fiscal year, net income from a loss in FY20 to a net income of $473 million in FY22, adjusted EBITDA from $114 million to $739 million, and adjusted EPS from 24 cents per share to $8.29. Vista’s share price has appreciated from approximately $10 to $36.

“This strategy has delivered incredible results and has built a strong foundation for Outdoor Products and Sporting Products to unlock further tremendous value and succeed on their own as separate and distinct independent companies,” said Metz. “Each company will have a single strategic focus with resources to support specific operational needs and growth drivers. Additionally, each company will have tailored and discrete capital allocation priorities that are better suited to support its distinctive business model and long-term goals.”

Metz said, “Outdoor Products will be a high-growth platform continuing its proven track record of strategic acquisitions of complementary outdoor businesses, furthering its reputation as the acquirer of choice in the outdoor recreation products marketplace and reinvesting in organic growth through new product development, marketing and expanded e-commerce and international sales. Our centers of excellence will remain with the Outdoor Products business, enabling the platform to continue to leverage its scale and Better Together concept that has been so effective for us.”

The Sporting Products segment, also to be renamed at a later date, will be led by Jason Vanderbrink, currently president of the segment. Other members of their leadership team will be announced at a later date. The business will continue to be the world’s leading manufacturer of ammunition with brands including Federal, Remington, CCI, Speer and Hevi-Shot. Sales for the Sporting Products segment were $1.7 billion in FY22.

Said Metz, “Sporting Products will prioritize using its strong cash flow to return capital to shareholders through a consistent dividend policy and opportunistic share repurchases. Separating the businesses will provide shareholders the opportunity to invest in two attractive businesses with differentiated capital allocation priorities. We expect that the enhanced strategic focus for each will allow both businesses to trade at more appropriate valuations in the marketplace.”

Metz said the decision was made after a very thorough assessment of the business and value creation opportunities with the help of outside advisers. Today’s announcement was the first step in the separation process, which is expected to be completed in the calendar year 2023.

Said Metz, ‘We look forward to working through this transformative process to ensure that each company is optimized with the right teams and resources so they can continue to create value for shareholders. We will share more details with you regarding the structure of each company as we work towards completing the transaction.”

News of the planned separation came as Vista reported another strong quarter, with sales up 36 percent in the fourth quarter to a record $809 million. Sales topped Wall Street’s consensus estimate of $764.6 million.

Gross profit increased to $287 million, up 58 percent, primarily due to higher sales, favorable pricing and mix and operating leverage. Operating expenses were $135 million, up 32 percent, driven primarily by acquisitions and increased sales and marketing expenses to support higher sales including the return to customer events such as trade shows. Operating margins improved 43 basis points to 16.6 percent.

In the Sporting Products segment, sales increased to $464 million, up 56 percent, driven by strong demand, increased volume from the Remington acquisition and favorable pricing and mix.

In the Outdoor Products segment, sales rose 15 percent to $345 million, led by double-digit growth across Outdoor Recreation including growth in Action Sports and Outdoor Accessories. Gross profit increased to $106 million, up 16 percent driven primarily by the acquisitions of Foresight Sports and QuietKat, partially offset by higher logistics and input costs. EBIT was $37 million, down 11 percent, due to higher logistics and input costs as well as higher selling and marketing expenses reflecting a return to travel and event participation, including trade shows, compared to the same period last year.

For FYQ123, the company expects: