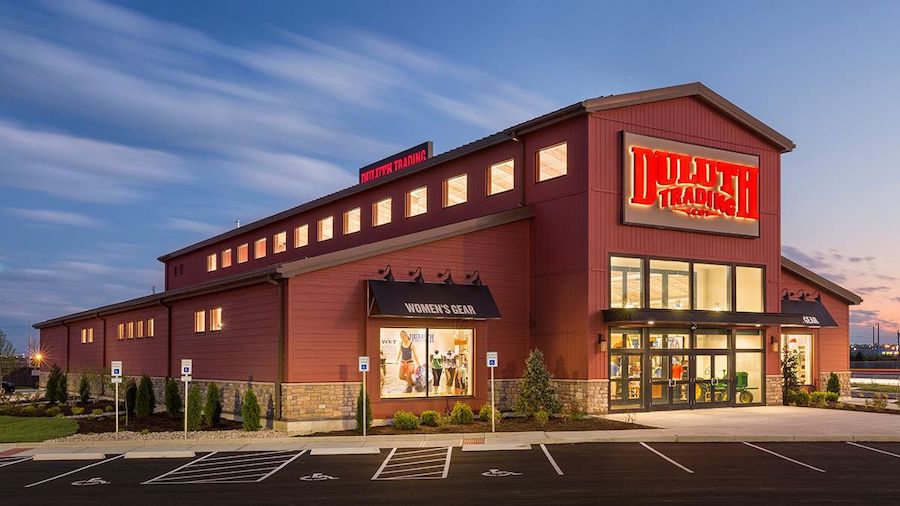 Stephanie Pugliese understands that Duluth Holdings Inc. isn’t immune from the challenging and evolving retail landscape that threatens any company unwilling to adapt.

That’s why Duluth (dba, Duluth Trading Co.), where Pugliese is CEO, has “identified four areas of opportunity that the entire Duluth team is focused on for the remainder of this year” to withstand all looming retail pitfalls, she told analysts on Thursday morning’s earnings call.

“You’ve all heard the reports that the retail environment continues to be challenging on a number of fronts, and we are not immune to these macro pressures,” she said. “While we are cautious about consumer spending behavior and the economic outlook, we are focused on those things within our control. They are: improving product selection with deeper inventory and new styles; driving increased traffic to our stores and to our website; refining our investments to improve efficiency and productivity; and testing new ways to expand brand awareness and attract new customers.”

Pugliese and CFO Dave Loretta then unpacked how each area of opportunity, or pillar, can keep the company ahead of market trends and changing customer demands.

To hit those, targets, Duluth will need to execute on the four pillars, Pugliese said. And that begins with product—specifically, she added, “new innovative product introductions.”

“The launch of new styles not only widens our audience, it creates more repeat business and improves retention of our existing customer base,” she said. “We are making progress here. New product sales penetration doubled in the first quarter versus last year and we have increased styles in the women’s plus line from 40 last fall to 85 this year. We are also growing Alaskan Hardgear and will launch an expanded line of Duluth men’s woven bottoms in early fall.”

But there’s more to do, she explained, primarily not running out of inventory too quickly. So the company has deepened its inventory purchases to ensure customers aren’t disappointed with product not being available and therefore look elsewhere for their outdoor apparel and gear needs.

The next pillar is refining Duluth’s marketing spend to “most effectively reach new customers and heighten engagement with current ones,” Pugliese said. The company’s local media campaign in certain markets has provided some positive early indicators, while the Buy Online, Pick-up in Store (BOPIS) initiative has resulted in 24 percent of customers using this service making an additional purchase in the store.

That said, Pugliese said Duluth has some work to do on “reigniting customer acquisition.”

“A significant number of our new customers are coming from new store openings, but we know that we have an opportunity to do more in the direct segment as well as in our established store markets. The good news is that we are seeing improved conversion across channels and increased customer spend, indicating strong brand satisfaction by those that cross our threshold.”

The third area of focus for Duluth is “refining the productivity of our investments,” Pugliese said. The company reported selling, general and administrative (SG&A) expenses increased 25.6 percent to $70.6 million, up from $56.2 million in the year-ago period. As a percentage of net sales, SG&A increased 570 basis points to 61.8 percent from the prior-year period. That needs to change as the fiscal year rolls on.

“Our SG&A this quarter was particularly pressured due to the annualizing of some key infrastructure improvements such as the order management system and e-commerce platform that we launched last year,” Pugliese said. “While these were necessary to enable future growth, it is now imperative for the team to improve productivity. We have made strides already in this area and our variable costs, such as distribution and store labor, showed improvement this quarter year-over-year. Our leadership teams in operations and IT are highly focused on continuing to make progress and we expect that these areas will demonstrate improvement each quarter.”

And the fourth area of focus is “testing new ways to expand brand awareness and attract new customers,” which will come from such means as opening a concept store in the Mall of America, as Duluth was planning to announce later on Thursday.

“Our store, which will open in early fourth quarter, is located in a heavily trafficked corridor, and we believe there is great potential to expand awareness for the Duluth Trading brand,” she said. “If this new concept store performs well, we will have other stores like this on the drawing board.”

Pugliese and team are banking on the rest of 2019 as a critical testing ground for some of the company’s initiatives and a chance to prove to investors that they can execute their plan and help Duluth maintain solid footing in a shaky retail ground.

“The second half of our year is historically the strongest,” Pugliese said. “It’s also when some of the initiatives I just talked about will start to kick in and show results. That said, we are just beginning to implement these improvements and we will be acting on the results throughout the remainder of the year.”

Shares of Duluth Holdings jumped in the high single digits in early Thursday trading before closing the day down 19 cents, or 1.2 percent, at $14.88.