Lululemon Athletica Inc. continued its recent roll, delivering first-quarter sales and earnings that surpassed guidance and slightly increasing its outlook for the year. Highlights included 26 percent growth in men’s, a ramped-up push on the run category and 70 percent expansion in China.

“Our guests responded well to both our men’s and women’s assortments,” said Calvin McDonald, CEO, on a conference call with analysts. “They engage with us across channels as our store and digital businesses were both strong and our brand continues to resonate well in our core North American market, as well as in Europe and APAC.”In the quarter ended May 5, earnings rose 28.5 percent to $75.2 million, or 74 cents a share, exceeding guidance in the range of 68 cents to 70 cents. Wall Street’s consensus estimate had been 70 cents.

Revenues grew 20.4 percent to $782.3 million. Guidance had called for sales in the range of $740 million to $750 million. On a constant dollar basis, net revenue increased 22 percent.

Comparable store sales at its physical stores increased 6 percent, or 8 percent on a constant dollar basis.

Direct to consumer (DTC), or e-commerce revenue, jumped 33 percent. Constant-dollar growth was 35 percent on top of a 60 percent jump last year. DTC represented 26.8 percent of total revenue compared to 24.3 percent in the same quarter a year ago.

SG&A expenses increased to 37.4 percent of sales from 37.0 percent a year ago. The retailer continues to invest in strategic priorities, brand awareness and initiatives to fuel current and long-term growth, including digital, loyalty and self-care. Operating income expanded 23.5 percent to $128.8 million.

Women’s continues to see “robust performance,” led by a 19 percent comp gain in bottoms that was led by both leggings and jogger styles. Men’s comps grew 26 percent with ongoing strength in both tops and bottoms. Men’s was led by the ABC franchise and three core short styles: the Short, Pace Breaker and Surge.

“Guests are responding well to our new boxers designed to address all three elements of the science of feel; touch, temperature and movement,” said McDonald.

Looking ahead, some promising launches included the improved Metal Vent Tech collection for men and the expansion of the brand’s technical bra offering with two high support styles for women. Lululemon also continues to test new categories, including the roll-out of self-care to 50 stores and online next week.

McDonald said run remains a “key strategy for us and a great representation of how we will activate across our entire business to deliver an exceptional guest experience.”

In addition to its bra franchise, Lululemon rolled out the Fast & Free Run-oriented collection for men and highlighted its technical apparel in a global run campaign featuring its first global run ambassador, Charlie Dark.

Run-focused activations during the quarter included a presence at the Boston, Los Angeles and London marathons and a 5K challenge on Strava last week for Global Running Day. In coming weeks, Lululemon will sponsor its own 10K runs in Toronto and Edmonton and more events are being planned. Said McDonald, “Run is an important category for us with significant potential and we see opportunities to expand our share of wallet with current and future guests.”

Among newer initiatives, Lululemon in July will open its “first truly experiential store” in Lincoln Park in Chicago. The 20,000 square foot will feature multiple studios, a meditation space, a healthy juice and food offering and areas for community gatherings. Said McDonald, “This distinct environment will provide us additional opportunities to explore and learn as we connect with our guests in a range of new and exciting ways.”

The retailer’s paid membership program expanded to its third pilot city, Austin, in May. Said McDonald, “We are very encouraged by the results in each city and our test has brought new learnings and innovations as we look to scale the program.”

Buy online, pickup in store capability was expanded from 35 stores to 150 in quarter one with 80 percent of orders ready for pickup in one hour. Full rollout is expected by the end of the third quarter.

By region, revenue in North America grew 18 percent “as the momentum in this region remains strong,” said McDonald. Six stores opened in the U.S. and Canada, and 15 to 20 will open for the year. Said McDonald, “Our guest stats remain robust with continued growth in new guest acquisition and increased spending across existing guests. Traffic to our stores in North America was strong and grew in the high-single-digit range.”

Asia expanded approximately 40 percent, led by a 70 percent gain in China. Lululemon entered three new cities, Three Shaanxi, Xi’an and Chongqing, in China and remains on track to add 10 to 15 in 2019. Lululemon’s China website was relaunched to complement its presence on Tmall and WeChat. Websites in Japan and Korea were also launched and are seeing strong starts.

Europe posted strong double-digit comps across all channels, driven by ongoing robust traffic increases and grew 40 percent overall in the first quarter. A new store opened in Amsterdam and 5 to 10 are set to open across Europe in 2019.

For the second quarter, Lululemon expects revenue to be in the range of $825 million to $835 million, a gain of about 15 percent against $723.5 million in the 2018 second quarter. Comparable sales are expected to increase in the low double digits on a constant dollar basis against a year-ago gain of 10 percent on the same basis. EPS is expected to come in the range of 86 to 88 cents, up about 23 percent from 71 cents a year ago.

PJ Guido, CFO, said guidance reflects a modest impact from potential new tariffs and also additional cost to airfreight product in order to avoid anticipated port congestion in the Asia region, due to the pending tariff increases. The negative impact of these costs will be approximately 20 to 25 basis points within gross margin and approximately 4 cents to 5 cents on EPS for the full year 2019. Most of the impact would come in the back half of the year with the majority in Q3. Approximately 2 cents to 3 cents of the impact would be incurred regardless of whether new tariffs are imposed. Guido also said Lululemon is committing to higher airfreight usage as a hedge against disruption in ocean shipping lanes key dates related to tariff increases are approached. The CFO said, “This will ensure delivery of new products for our guests on-time.”

“Despite broad issues impacting much of the retail landscape, LULU reported another stellar quarter,” said Canaccord Genuity analyst Camilo Lyon, in a note. “The momentum was broad based across categories, channels and geographies. We are particularly impressed by the store traffic LULU is driving, which is clearly a function of strong product innovation and consumer engagement. More importantly, this broad based momentum has continued in FQ2.”

John Kernan, Cowen, wrote in a note, “We are raising our price target to $200 on conviction in our slightly above consensus estimates through FY21, given management’s execution and newness across the core and men’s globally. New initiatives, such as loyalty, buy online pick up in store, and International, combined with management confidence in gross margin and SG&A leverage opportunities, support sector best growth and ROIC.”

Sam Poser, Susquehanna International Group ,wrote in a note, “Buy LULU. Exceptional 1Q19 results further demonstrate that LULU remains the premiere retailer in our (and likely any) coverage universe. FY19 guidance was raised and there are no signs that momentum is slowing. We are confident the momentum experienced over the past several quarters will continue. LULU is firing on all cylinders, and execution of PEP (product, engagement, process) remains unrivaled. There is more room to run.” 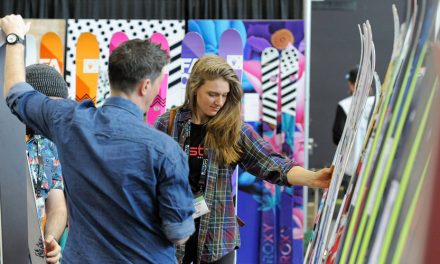