Digital Prowess Not Enough For Nike Against A Pandemic 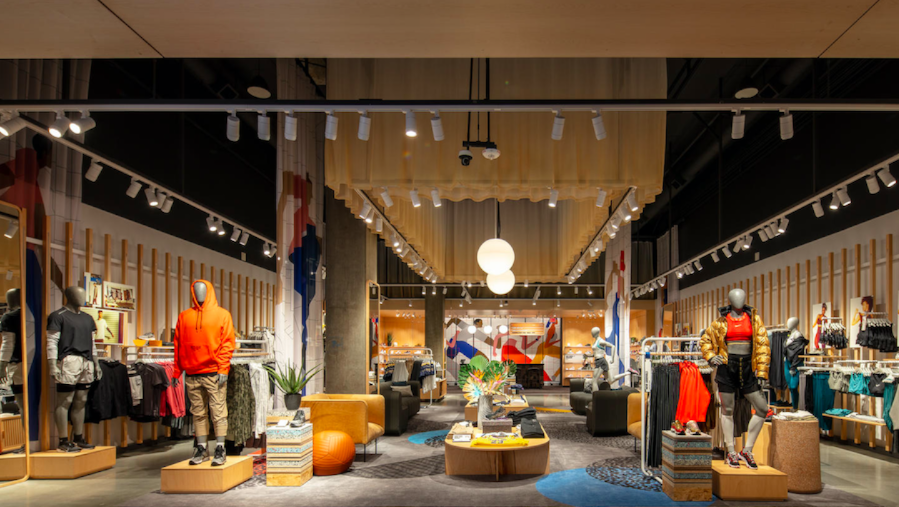 Nike Inc.’s online growth took off and China resumed growth during its fourth quarter ended May 31 but both provided little ammunition to overcome the impact of store closures caused by the emergence of COVI-19.

The company posted a net loss of $790 million, or 51 cents a share, in the period, driven by lower revenue and gross margin as a result of the COVID-19 impact on operations, partially offset by lower selling and administrative expenses.

Sales decreased 38.0 percent to $6.3 billion and were down 36 percent on a currency-neutral basis, primarily due to owned and partner physical store closures across North America, EMEA and APL A due to COVID-19, partially offset by growth in Greater China.

As of Thursday, approximately 90 percent of Nike-owned stores were open across the globe. Nike said retail traffic continues to improve week-over-week with higher conversion rates as compared to the prior year.

Nike’s digital sales jumped 75 percent in the fourth quarter, or 79 percent on a currency-neutral basis, with strong double-digit increases across all geographies and were approximately 30 percent of total revenue.

Selling and administrative expense decreased 6 percent to $3.2 billion, which included an incremental $178 million increase in bad debt expense. Demand creation expense was $823 million, down 19 percent to the prior year as retail and brand marketing spend was shifted as sporting events were canceled or delayed due to COVID-19. Operating overhead expense decreased 1 percent to $2.4 billion driven primarily by lower total wages and travel and related expenses, partially offset by higher bad debt expense.

From an EBIT (earnings before interest and taxes) perspective, Nike Brand showed a loss of $360 million in the period against EBIT of $1.74 billion a year ago.

By region, sales for Nike Brand in North America declined 46.5 percent in the quarter to $2.23 billion and fell 46 percent on a currency-neutral basis. Nike digital, however, grew 80 percent. The Nike app grew triple-digits and now represents 30 percent of the North America digital business.

Women’s full-price apparel grew 200 percent and was powered by strong new member growth with women representing over half of new member acquisition in the quarter.

Matt Friend, CFO, said on a conference call with analysts, “As retail began to reopen in mid-May, we saw strong double-digit growth in retail sales for our brand across the total North America marketplace. These trends have continued into early June, including Nike Digital growing triple digits. Physical retail traffic remains below prior year and is being offset by higher rates of conversion due to promotional activity as well as significant shifts to owned and partner digital. And as of today, approximately 85 percent of Nike-owned stores are open.”

Nike Brand posted an EBIT loss of $13 million in North America in the quarter against positive EBIT of $1.05 billion a year ago

Sales in the EMEA (Europe, Middle East & Africa) region for Nike Brand fell 46.0 percent to $1.33 billion and sunk 44 percent on a currency-neutral basis. Digital grew nearly 100 percent with continued brand momentum and significant new member acquisition and engagement across the Nike Training Club and the Nike Running Club apps with active new member growth of over 200 percent and more than 18 million workouts logged in the quarter.

Nike gained market share across both Footwear and Apparel, becoming the number one apparel brand during Q4 in key markets for the first time. As retail began to reopen in the EMEA region in May, Nike saw slight growth in total retail sales versus the prior year across the marketplace, with better performance in Germany, France and the U.K. offset by slower recovery in Spain and Italy. Retail sales have now accelerated in June, including triple-digit Nike Digital growth. Traffic levels, conversion trends and consumer shifts toward digital are similar to what Nike is seeing in North America. Approximately 90 percent of Nike-owned stores are open.

Faring better was Greater China, where sales for Nike Brand were down 2.9 percent to $$1.65 billion while gaining 1 percent on a currency-neutral basis. Growth improved each month of the quarter, including strong double-digit growth in May on a currency-neutral basis. Digital grew 53 percent and the Nike app, which launched in fiscal Q3, saw nearly 11 million downloads, driving over 10 percent of total digital demand in the fourth quarter. All Nike-owned stores are open in the region. In June, Nike saw a return to positive comparable store sales in Nike-owned stores with higher conversion and higher units-per-transaction more than offsetting lower traffic. Nike Digital growth has accelerated to triple digits. Greater China’s EBIT for Nike Brand in the quarter still fell 15.3 percent to $571 million.

In the APAL (Asia Pacific & Latin America) region, sales for Nike Brand were down 41.9 percent to $801 million and lost 39 percent on a currency-neutral basis. Nike saw varied COVID-19 impact across countries in the region with South Korea recovering the fastest with 8 percent growth in the quarter. Digital growth was nearly 80 percent, led by strength in Japan, Korea and Brazil, with Women’s growing two times the rate of Men’s on Nike Digital. Approximately 65 percent of Nike-owned stores are open in the region with a higher percentage in South Korea, Japan and Australia, while stores across Latin America remain largely closed. Friend said about the region, “Fiscal year ’21 will continue to be a time of uncertainty as economies rebound from the effects of COVID-19 and seek to contain further outbreaks of the disease. We will be agile and resilient, because we understand that each market recovery will not be linear.”

In the APAL region, EBIT for Nike Brand was down 76.7 percent in the quarter to $79 million.

For Converse, sales in the fourth quarter were down 37.9 percent to $305 million. EBIT showed a loss of $305 million against positive EBIT of $82 million a year ago.

COVID-19 sidetracked what was heading for another strong year for Nike Inc.

Net income was $2.5 billion, or $1.60, down 36 percent, driven by lower revenue and gross margin impacted by COVID-19 in the fourth quarter and higher selling and administrative expenses, partially offset by a lower tax rate. The latest year also included a one-time charge associated with the strategic distributor partnership transition in South America, which reduced earnings per share by 25 cents per share.

As usual, Nike provided a further look into its category performance in its annual reports. Among the highlights:

Friend said Nike expects to see sequential quarterly improvement in fiscal 2021 as retail reopens and each market normalizes supply and demand. Revenues for the first half of the fiscal year are expected to be below prior-year levels, but less of a decline than experienced in Q4 as stores reopen and digital growth continues. Revenues in the second half are expected to be up significantly with the return of a healthy marketplace and normalizing full-price sell-through across our channels. For the full fiscal year, revenues are expected to be flat to up versus prior-year.

Gross margin will be impacted by a priority to return to normalized inventory levels in Q2. SG&A is projected to decline versus the prior year

Friend concluded in his formal comments, “The financial and operating principles that will carry us through these unprecedented times are the same ones that have guided us over the decades. And our brand momentum and deep consumer connections are differentiated product and continuous flow of innovation, our digital advantage and our operational capabilities have never been stronger. In addition, consumer interest in sport, fitness, health and wellness has never been greater, leaving Nike’s market opportunity larger than ever. And though we can’t predict short-term trends due to the dynamic nature of this pandemic, interestingly enough, we can now see our brand’s long-term future even more clearly.”