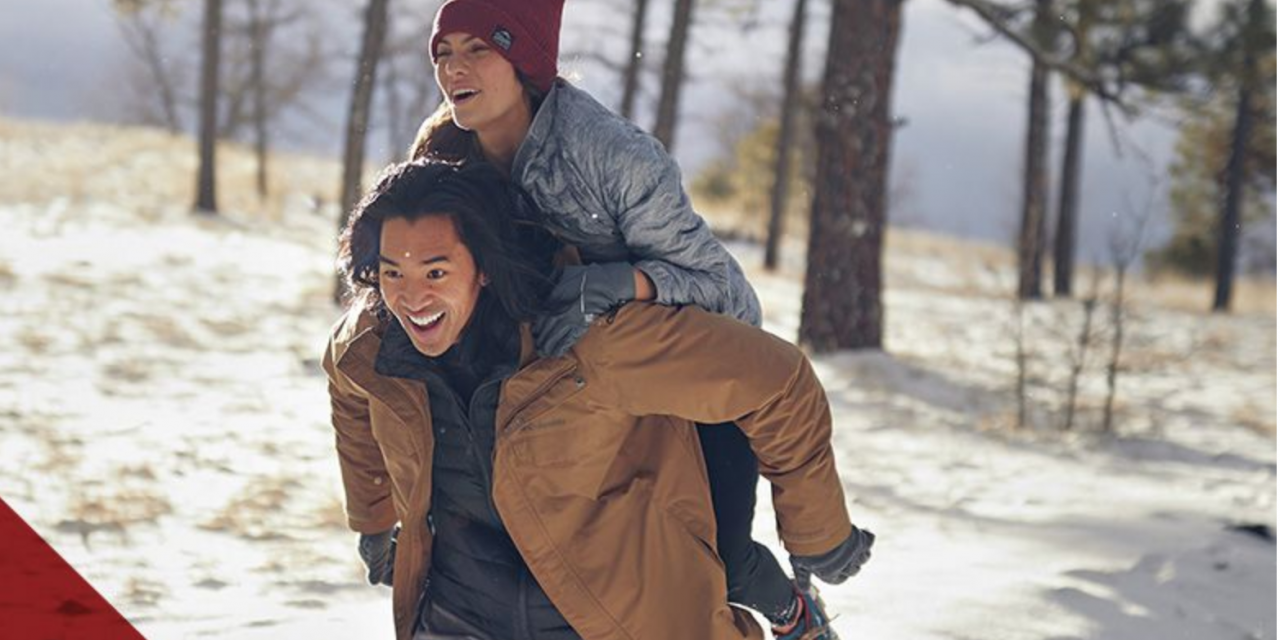 Boosted by higher advance orders and earlier shipments of fall 2019 product for Columbia and Sorel, Columbia Sportswear Co. reported third-quarter earnings and sales that topped Wall Street’s targets and again raised its guidance for the year.

Revenues grew 13.9 percent to $906.8 million and 15 percent on a constant-currency basis. Wall Street’s consensus target had been $883.3 million.

“Record third-quarter results exceeded our expectations with broad-based growth across our geographic segment channels and product categories,” said Tim Boyle, president and CEO, on a conference call with analysts. “We were able to ship a greater portion of our fall 2019 order book in the third quarter of this year compared to the fall of 2018 season as retailers restock depleted inventory positions after harsh winter weather and exceptional sell-through in North America last year. Our largest brands Columbia and Sorel both generated impressive double-digit growth which was led by North America.”

Boyle added, “Based on a strong year-to-date performance, we are raising the low end of our net sales outlook and raising our operating margin and earnings per share outlook for the full year.”

By region, sales in the U.S. grew 17 percent to $581.3 million. The gains were driven by low-20 percent growth in wholesale and mid-single-digit percent growth in DTC, which included brick-and-mortar net sales growth and a high single-digit percentage increase in e-commerce. Wholesale growth was driven by higher advance orders and earlier shipments of fall 2019 product. In DTC, both brick and mortar and e-commerce businesses were up against “exceptional” sales performance last year, said Boyle.

Net sales outside of the U.S. increased 11 percent in the third quarter with growth in all international regions.

In Canada, sales were up 21 percent on a reported basis and 22 percent on a currency-neutral basis to $97.9 million. The gains were primarily driven by earlier shipments of fall 2019 wholesale products, as well as increased fall 2019 advance orders.

In the EMEA region, reported sales grew 4 percent and currency-neutral sales gained 8percent to $104.4 million. Said Boyle, “We continue to experience a challenging retail environment in several European markets but remain optimistic about our long-term growth opportunities given our relatively low market share in that market today.”

Among brands, Columbia’s sales grew 14 percent on a reported basis and 15 percent currency-neutral to $729.5 million. Boyle said the Columbia brand was able to ship a greater portion of its fall 2019 order book compared to the fall 2018 season as retailers restock depleted fall season inventory positions.

“Our team has done an excellent job of executing on fall 2019 deliveries and we believe retailers are positioned for success when winter weather arrives,” said Boyle. “In markets, where winter weather has arrived, we’ve been pleased with our initial fall 2019 sell-through performance in regions that are still awaiting the onset of cold weather, the benefits of our product diversification efforts are evident as our popular PFG line has been a top performer.”

Columbia has benefited from numerous media call-outs, including the Road Runner Jacket and Flare Gun Flannel in Outside Magazine’s annual Winter Buyer’s Guide’; and the Northern Comfort Shirt in a Backpacker article on women’s hiking and backpacking apparel. In outerwear, Free Skiers’ annual buyer’s guide featured the Columbia Outdoor Kit Jacket and Snow Rival Pants as one of the best ski caps of the year.

Product stories for fall include a new collection of insulated products called Heat Seal and a partnership with Disney’s Frozen 2 on a limited-edition outerwear collection. The Columbia brand’s new Shift footwear platform was launched at a media event in Brooklyn in early August and the coverage has drawn over 288 million impressions. The Shift hiker and boot collections will launch in October. Said Boyle, “We are pleased with the launch and believe this exciting new product is reaching younger urban consumers around the world.”

Omni-Heat’s cumulative sales have far exceeded $1 billion since the technology’s launch in 2010 and an expansive collection will arrive in 2020 to celebrate the 10-year anniversary.

Sorel’s sales jumped 27 percent in the quarter on a reported basis and 29 percent currency-neutral to $116.1 million. Sorel’s gains were led by U.S. wholesale, Canada and the U.S. DTC businesses.

Boyle said Sorel is benefitting from its evolution beyond its legacy winter utility business to become a year-round footwear brand. Winter product is expected to be just 45 percent Sorel ‘s U.S. mix this year, down from 70 percent in 2016, and the mix has shifted significantly toward lighter winter style products

Said Boyle, ‘For fall 2019, Sorel has added several new bold products to its collection including the Joan next winter light boot and the Joan wedge zip boot. We are also excited to expand our successful Disney partnership beyond the core Columbia brand with the recently launched Sorel Frozen 2 collection for women and kids. Sorel’s brand and product momentum are evident, and we are investing in demand creation to unlock its full potential.”

Prana’s sales were down 4 percent on a reported basis and 3 percent currency-neutral to $38.5 million. Boyle noted that Prana’s sales have slowed in recent quarters and the brand’s team is raising brand awareness, optimizing distribution and refining the product offering to reinvigorate the business. Boyle added, “We believe the Prana brand continues to resonate with consumers and we are taking the necessary steps to drive sustainable long-term growth.”

Mountain Hardwear’s sales slid 1 percent on a reported basis and 2 percent currency-neutral to $22.7 million. In the quarter Mountain Hardwear launched a new fall product line including a new Gore-Tex snow sport line which fueled robust growth at U.S. wholesale but that was offset by a decrease in international sales, due in part to timing and reduced DTC sales. Said Boyle, “We are excited about the new product direction in Mountain Hardwear and expect strong growth in the fourth quarter will drive full-year net sales growth.”

Gross margin in the quarter expanded 110 basis points to 49.3 percent from 48.2 percent for the comparable period in 2018. The improvement reflects Project Connect benefits including its design to value, assortment optimization, and manufacturing efficiency initiatives. These benefits more than offset modest headwinds due to channel and product mix.

Regarding the current U.S.-China trade battles, Boyle reiterated that the company continues to benefit from its diversified supplier base. For 2019, the majority of the fall 2019 product was received prior to the September 1 tariff increase, resulting in a minimal financial impact to 2019.

When assessing the impact in 2020, Boyle noted that nearly 40 percent of the company’s sales are outside the U.S. Based on the projected 2020 production base, products sourced in China for the U.S. market are expected to represent a low double-digit percentage of the total estimated imported value.

Boyle said Columbia continues to actively work to mitigate the financial impact but he also criticized their use as a trade tool. Boyle said, ‘We believe escalating trade battles globally are disruptive for American businesses, bad for the global economy, and costly for consumers. In an industry that already suffers from punitive tariffs some as high as 37.5 percent adding additional taxes on our products places an undue burden on consumers and employers, furthermore, raising tariffs in a capricious manner creates uncertainty for business which discourages investment. History has shown the cost of these tariffs is borne by the U.S.”

The updated outlook for 2019 includes: