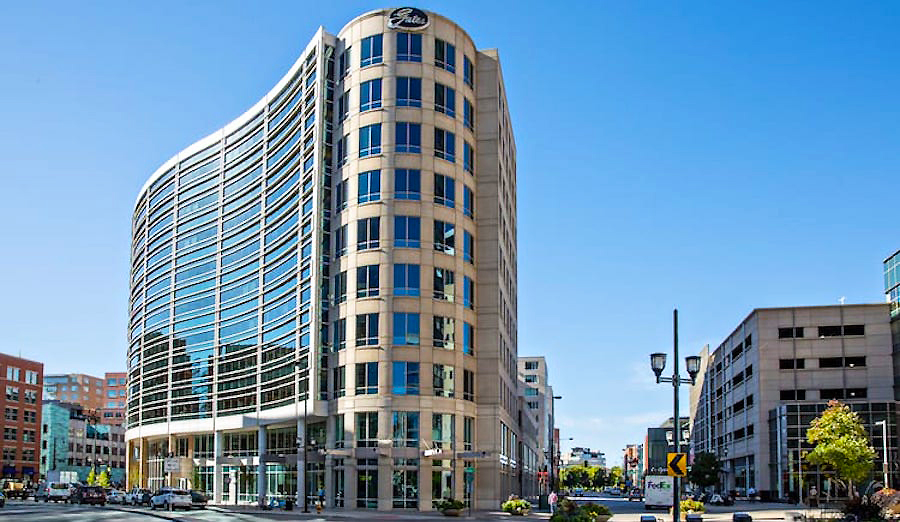 While VF Corp. executives spent most of Wednesday morning’s earnings call discussing the company’s impressive first quarter, including standout performances from Vans and The North Face, recent transformation efforts were also on the agenda.

Now that the spinoff of the “denim division” into the separate, publicly traded company Kontoor Brands is complete, VF’s focus—besides broad-based growth, obviously—is squarely on its massive and ongoing relocation to Denver.

Steve Rendle, the company’s chairman, president and CEO, even opened the earnings call with analysts by announcing, “Good morning from our new headquarters in Denver, Colorado.”

He then said that after “one of the most transformative years in VF’s 120-year history,” the coming fiscal year represents a new chapter for VF as the company settles into a new home with a newly retooled portfolio.

“At the beginning of June, the move to Denver officially began, and in just a short time, we already have more than 500 associates living and working in the Denver community,” Rendle said on the call. “The energy around our new headquarters is palpable, and further validation of the decision we made just over a year ago to co-locate our corporate leadership team and our outdoor brands at the base of the Rockies.”

The company is renovating its new home at 1551 Wewatta Street in Denver’s Lower Downtown (LoDo) district, where the company will occupy the entire 10-story, 285,000-square-foot building, which the company expects to be ready next spring. VF last fall announced it had signed a 12-year lease for the property.

There, the (formerly Greensboro, NC-based) footwear, apparel and gear giant will set up shop not only for VF’s corporate employees but also for many of those who work with the brands it owns and operates: The North Face, Smartwool, JanSport, Eagle Creek and Altra.

As for other outdoor and active brands, Timberland will remain in Stratham, NH; Vans will remain in Costa Mesa, CA; and Icebreaker’s North America operation will remain in Vancouver, BC (its global headquarters is in New Zealand).

On the earnings call, Rendle outlined the company’s desire for some of its key outdoor brands to benefit from “cross-brand sharing.”

“One of the reasons that we’ve asked our outdoor brands to come to Denver and co-locate is to be able to get an accelerated and even more intimate cross-brand selling opportunity through co-location,” Rendle said. “We see that work really well in our Swiss and Hong Kong offices. By moving to the center of the country, we’ve already seen our Vans team here in Denver more often than we would have in North Carolina. And … that is exactly one of the other reasons.”

This is something that Rendle and CFO Scott Roe discussed with SGB last fall soon after the relocation announcement was made. The move, they said, was meant to parallel VF’s successful HQ model in other markets, notably Stabio, Switzerland, which the company has used as a blueprint for the Denver location.

“Co-locating” brands in one location should create an environment that allows talent from different brands to collaborate on ideas and much more. This “gives our employees opportunities to experience multiple brands and move into new roles,” Rendle told SGB for an article last fall.

And Wednesday, he doubled down on that notion, adding that the central locale will allow “sharing and the ability to really speak about best practices across these key areas of brand experience, digital investments, how we’re driving loyalty, using that data to speak to consumers.”

It hasn’t been all sunshine for VF’s move to Denver, of course. The company had to ask numerous employees—both at the corporate and brand levels—to leave their homes and relocate to Colorado. VF in June announced it would eliminate 52 positions at its warranty center in Alameda, CA, where The North Face and JanSport were based.

“These layoffs are part of the relocation to Denver. At some point, everyone who is at the facility who is going will be relocated there,” Samantha Wannemacher, a VF spokeswoman told the San Francisco Business Times at the time. “All Alameda employees were given the opportunity to relocate to Denver.”

Altra’s president, Todd Dalhausser, told SGB in June that the brand was operating out of the Tech Center, south of Downtown Denver, and that the entire team would be in the area within 30-45 days.

Dalhausser said that while Logan, about 60 miles north of Salt Lake City, is beautiful, it’s hard to get to. So relocating to Denver will make it easier to recruit talent and bring in sales reps and other visitors.

As for existing VF employees who needed, or need, to move to the area, the company hosted a series of “market immersion” trips for them to visit Denver.

From the sound of it, living here already seems to suit Rendle, who bought a house in the area last fall and sounds eager to get all of VF’s brands under one roof. He even closed the earnings call with a shout-out to Jim Duffy, the Stifel analyst who also lives in the Mile High City.

“Thanks, neighbor,” Rendle said with a chuckle.