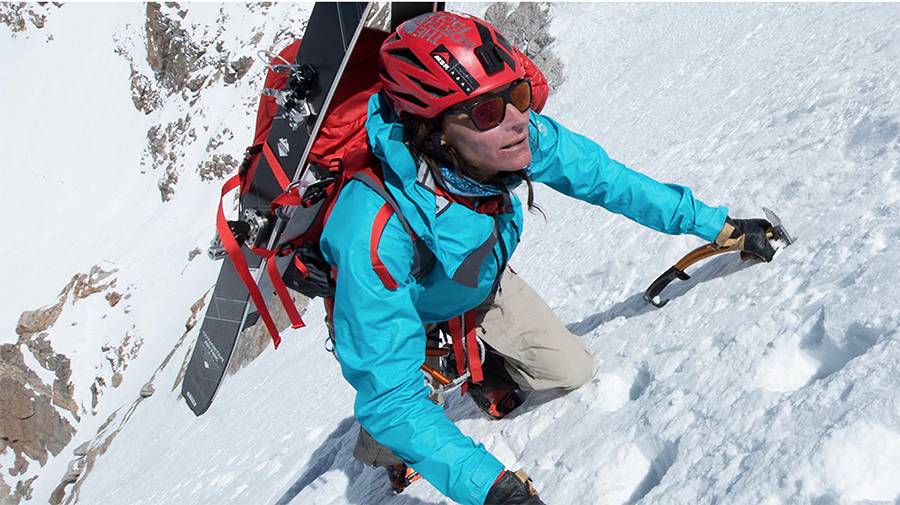 VF Corp raised its outlook for the year on accelerated momentum at Vans and renewed momentum at The North Face in the first quarter.

The quarter marked its first report since the company completed the spin-off of its Jeans business under the name, Kontoor Brands.

Earnings from continuing operations surged 58.5 percent to $97.2 million, or 24 cents a share. Continuing earnings on an adjusted basis ran ahead 67 percent in constant dollars, to $120.5 million, or 30 cents, exceeding Wall Street’s consensus estimate of 29 cents.

Adjusted earnings exclude transaction and deal-related costs include acquisition and integration costs related to the acquisitions of the Icebreaker and Altra, separation and related expenses associated with the spin-off of the jeans business and costs involved with the relocation of VF’s global headquarters and certain brands to Denver.

As a result of the strong first-quarter results and increased confidence in the full year, Steve Rendle, chairman, president and CEO, VF, said the company is raising its outlook, including an additional $20 million of incremental investments primarily focused on North Face’s Futurelight launch

“With the separation of Kontoor Brands now complete and our relocation into Denver well underway, we can now focus on driving our powerful brands to become even more consumer-minded and retail-centric,” said Rendle, on a conference call with analysts. “Our first-quarter results stand as a powerful proof point that our transformation to be a more purpose-led, performance-driven, the value-creating enterprise is yielding tangible results for our consumers, associates and shareholders. It’s an exciting time at VF.”

Active segment revenue increased 8 percent or 11 percent in constant dollars, to $1.23 billion. Operating income in the segment increased 14.3 percent to $307.6 million, or 17 percent on a currency-neutral basis.

The gains in the Active segment were driven by a hike of 20 percent, or 23 percent on a currency-neutral basis at Vans. The growth rate accelerates from the 18 percent currency-neutral growth seen in Q4.

“Our Vans business continues to perform well above its long-term growth target,” said Rendle. “More importantly, the quality of the growth is strong and diverse as we are seeing the rapid acceleration of the Slip-On franchise complement the continued strength of the Old Skool. The Vans team remains intensely focused and disciplined as they continue to deliver consistent performance that is driven by not just one thing.”

With ongoing investments expected to help continue its momentum, Rendle said VF remains “confident in Vans’ ability to sustain its trajectory above our long-term target.” VF raised its target for Vans for the current year to now expect 11 percent to 13 percent growth, up from guidance of low double-digit growth previously. Added Rendle, “The brand is well on its way to achieving its $5 billion target by 2023.”

In the Outdoor segment, revenue increased 7 percent, or 11 percent on a currency-neutral basis, to $610.6 million. In its smallest quarter of the year due to North Face’s emphasis on cold-weather merchandise, the segment showed a loss of $80.3 million, slightly down from a loss of $83.5 million a year ago.

The top-line gain in the Outdoor segment was led by a gain of 9 percent, or 12 percent on a currency-neutral basis by North Face.

“The North Face continues to exceed expectations with double-digit growth across all regions and strength in all channels and product territories,” said Rendle. “In light of the brand’s strong first-quarter performance, increased visibility to the full year and renewed energy in the brand’s product pipeline and innovation engine, we’re increasing our fiscal 2020 growth outlook for The North Face to 8 percent to 9 percent.”

Rendle highlighted the upcoming launch of Futurelight, a breathable, waterproof material that was introduced at CES 2019 in January and will be introduced to the North Face brand in “a few months.”

Said Rendle, “The response from the marketplace has been very strong. Given the opportunity Futurelight has to significantly disrupt the outdoor industry, we’ve decided to invest even more aggressively behind the breakthrough technology.”

In the Q&A session, Rendle said North Face’s backlog orders “are good” and in line with its outlook for the year, although he noted that retailers over the last two to three years are ordering closer to market.

In the first quarter, North Face saw broad-based growth across regions and categories.

“We had really solid rainwear sales, strong Sportswear and Logowear, which is real validation of the work that the brand has been doing, taking the learnings from Europe and being able to apply that more holistically here and in Asia. And the results had been really good,” said Rendle. “In fact the Logowear aspect is just great, validation that people are looking to the brand as a brand that they want to be part of in purchasing those Logowear products. But the core of the brand is the equipment category, and we saw really strong double-digit growth in our equipment. And that was certainly in the packs – daypacks, as we
come into this important back-to-school, but we also saw it in the bags and tents, which is proof points that people are using our products to get outdoors and really following what the brand’s driving from a marketing standpoint.”

Asked about the incremental spend supporting Futurelight, Rendle said the investment includes “quite an expanded media investment” from a print and online social component as well as in-store tools to help consumers understand the new technology. The CEO added, “It feels different. It performs differently. And our team has done a tremendous job in being able to articulate that story in a very experiential way. And we’ll bring that to life both in print, online and in the in-store component.”

Rendle said Timberland’s efforts to elevate the brand’s merchandising, design and marketing and “really raising the experiential aspects of this brand” is on plan although he added, “We’re a little bit behind where we would like to be from a results standpoint.”

In the U.S., Timberland’s improving performance reflects efforts to realign go-to-market disciplines and improve segmentation. Rendle added, we’re seeing improved sell-through on our Classics products. But at the same time we’re seeing really good sell-through on our non-Classics and that’s the part of the diversification strategy that we’ve been working very, very hard on. And you’ve seen that start to pay off here in the U.S. marketplace.”

Rendle concluded on Timberland overall, “We remain very confident in our ability to manage this reset and drive ourselves to that mid-single-digit commitment. We’re a little bit behind where we’d like to be. That doesn’t exactly make us happy, but the good news is we have the playbook. We understand how to execute it as we continue to add to that leadership team on a global basis, the skill sets, the capabilities required to drive these actions are in place. And now it’s just in our court to get the work done, to get the results to where we’ve committed to be.”

Scott Roe, CFO and EVP, said the Work segment’s performance was in line with expectations. He said the segment “remains solid despite a somewhat more tempered economic environment in the more cyclical parts of the brand portfolio.”

Dickies’ revenue increased 2 percent in the quarter, which was impacted by a strategic repositioning of the brand in Japan, and timing of shipments which will impact growth during the first half of the year. VF remains confident in the full-year outlook of 5 percent to 7 percent growth for Dickies.

In the APAC region, sales grew 13 on a reported basis and 19 percent on an adjusted, constant-dollar basis. China revenue increased 21 percent or 29 percent on a currency-neutral basis.

By channel, direct-to-consumer (DTC) revenue increased 16 percent on an adjusted, constant-dollar basis, highlighted by a 14 percent total comp and 29 percent growth in digital. Wholesale revenues on the same basis increased 8 percent, driven by 17 percent growth with digital wholesale partners and strong sell through across key accounts.

Roe noted that the first quarter is the company’s smallest quarter of the year. He added, “With that said, we are executing exceptionally well. The fundamentals of our business are strong and the demand signals we are seeing from both consumers and retail partners give us confidence in our full-year outlook. We’re tracking ahead of plan and are pleased with the quality and balance of the growth across the portfolio.”

Looking ahead, changes to the guidance include: