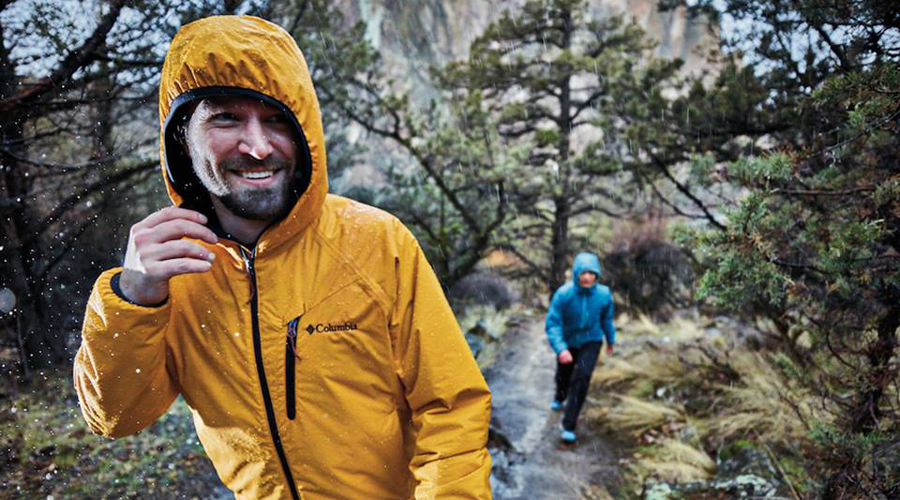 Columbia Sportswear Company’s (Nasdaq:COLM) recent growth tear came to an abrupt end in the third quarter of 2016, as U.S. retailers pushed back deliveries of fall and winter goods to the fourth quarter in order to mitigate the risk of another mild winter.

For keen industry observers, the trend at Columbia, VF Corp.’s The North Face and other outdoor brands of late shouldn’t be a big surprise. A bad (warm) winter, such as that of 2015, tends to hit vendors the following year. And that time is now.

Columbia reported net sales reached $745.7 million for the quarter ended September 30, 2016, a 3-percent decline compared with 14-percent growth reported in the third quarter of 2015, when retailers in the northeastern U.S. loaded up on winter gear following an extremely cold 2014 season. Net income totaled $83.6 million, or $1.18 per diluted share, which while roughly 8 percent below a year earlier, still beat Wall Street estimates by a penny.

Later shipments of U.S. wholesale advance orders and the bankruptcies of Sports Authority, Sport Chalet, Bob’s Stores and Eastern Mountain Sports also contributed to a difficult comparison to the third quarter of 2015, when a favorable shift in timing of shipments drove a 26-percent increase in U.S. net sales, a 14-percent increase in consolidated net sales and a 39-percent increase in consolidated net income. Company officials said the bankruptcies shaved about 4 percent from Columbia Sportswear’s U.S. revenue in the quarter and are expected to reduce its U.S. revenue by 2 percent and total consolidated revenue by about 1 percent for the fiscal year.

“The North American marketplace looks and feels very different than it did one year ago, including weak consumer traffic across the brick-and-mortar retail landscape, lingering effects of wholesale customer bankruptcies and a glut of competitor brands in liquidation channels,” said CEO Tim Boyle.

In the U.S., consolidated net sales declined 6 percent to $484.8 million, as a low-double-digit percentage decline in wholesale revenue was only partially offset by a mid-teen percentage increase in direct-to-consumer (DTC) sales. Business in Canada declined 3 percent.

“The Korean marketplace continues to struggle to absorb a large industry-wide inventory overhang caused by a shift in consumer preference away from the outdoor sector in that country,” Boyle said. “We are currently expecting the industry-wide glut to continue, and make it very unlikely for us return to growth through at least 2017.”

Prana’s net sales increased 11 percent to $38.1 million on top of 22-percent growth in the year-earlier quarter. The yoga/climbing-inspired brand is expected to grow fiscal-year sales by 14 percent. At Mountain Hardwear, which has been hit especially hard by the consolidation in Korea, net sales declined 12 percent to $30.5 million, and are forecast to decline 10 percent during the full fiscal year.

The company ended the quarter with consolidated inventories of $588 million, or 8 percent higher than a year earlier, with the increase consisting primarily of current fall 2016 product.

Updated 2016 Financial Outlook
Columbia Sportswear now expects full-year 2016 net sales growth of approximately 4 percent, what could be seen as a slight pullback from its previous forecast of mid-single-digit growth. The estimate, as it did previously, includes less than 1 percentage point negative effect from changes in foreign currency exchange rates, on a base of 2015 net sales of $2.33 billion.

The company’s gross margin growth forecast remained unchanged at 10 basis points, with selling, general and administrative (SG&A) expenses still expected to increase slightly faster than net sales. However, company officials noted that all anticipated growth in operating income and earnings is concentrated in the fourth quarter, and the forecast assumes normal seasonal weather globally. That makes it heavily dependent on DTC sales in the United States. The forecast anticipates overall DTC sales, which include the company’s online sales as well as sales from full-price brick-and-mortar stores and factory outlets, will account for 38 percent of revenue this year and less than 50 percent in the fourth quarter.

Boyle said sell-through rates in both its wholesale and DTC channels are comparable with prior periods and “about where we want to be globally.” Other assumptions regarding the forecast include continued DTC growth of 20 percent in Europe and a successful launch of Columbia’s OutDry Extreme ECO rain shell.

Based on those assumptions, the company expects operating income to increase up to 4 percent with an operating margin of 10.7 percent. The company trimmed its forecast for earnings per diluted share by 5 cents to $2.55 to $2.65, including a 26 cent impact from currency headwinds, compared with $2.45 in fiscal 2015.