Why The North Face And Timberland Are Trimming Inventories 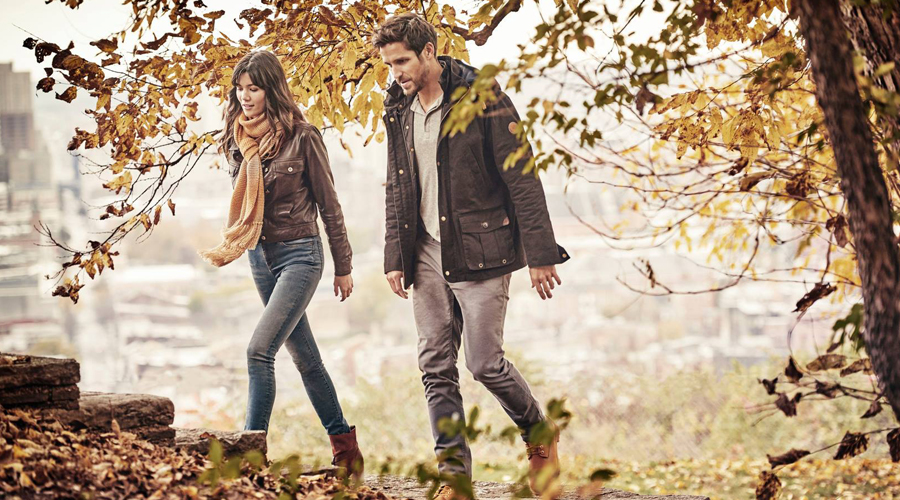 You can’t blame everything on the weather.

Despite last year’s warm U.S. winter looming large as VF Corp. (NYSE:VFC) trimmed its full-year 2016 forecast and reduced inventory at two of its biggest brands — The North Face and Timberland — larger forces are also in play, including the recent rash of retail bankruptcies and shifting consumer habits.

“In wholesale, conservative retailer open-to-buys, buy-now, wear-now calendar shifts, and leaner inventory positions remain among the top priorities for many retailers,” Wiseman told investors. “As you’d imagine this conservatism has put even greater pressure on vendors who are being asked to take on larger inventory risks to meet demand closer to consumer need.”

He continued: “And while we don’t like it, rather than speculatively building inventory we reduced our inventory buys to protect our brands and ensure channel health. And we’re pulling various levers to preserve gross-margin expansion and ensure profitability. With inventory up only 1 percent, we’re confidently managing the business to be in line with the environment.”

In total, VF Corp. saw its third-quarter 2016 revenue slip 1 percent to $3.5 billion, while net income came in better than expected, up 8 percent at $498.5 million, or $1.19 per diluted share, versus $459.9 million, or $1.07 per diluted share, including discontinued operations of its Contemporary Brands, sold to Delta Galil Industries a third of the way through the quarter.

“Keep in mind that last year The North Face grew 11 percent in the third quarter, so even though the results were flat, we performed relatively well given the changes in the environment and retailer caution around orders headed into this winter season,” VF Corp. President and incoming CEO (January 1, 2017) Steve Rendle said. “On a comp basis, if you exclude impacts from bankruptcies, global revenues for The North Face would have been up at a mid-single-digit rate … and the wholesale business would have flat in the Americas.”

The company’s second largest brand, Vans, saw third-quarter sales up 7 percent (up 8 percent currency neutral), driven by a mid-teen increase in direct-to-consumer sales and a mid-single-digit rise in the wholesale business.

Timberland’s third-quarter sales came in flat (down 1 percent currency neutral), including a mid-single-digit percentage rate decrease in the Americas region. Rendle said Timberland had the toughest comparison at VF in the third quarter, as it was up against 21-percent growth last year. Excluding impacts from bankruptcies, global revenues for Timberland would have been up at a low-single-digit rate, he said.

Addressing “Buy-Now, Wear Now” Consumers
In talking about its largest outdoor and action sports brands, Rendle spent a good amount of time on the call with investors noting shifting consumer buying habits to what he termed “a buy-now, wear now” environment.

“Versus last year we did see a meaningful shift of retailers wanting deliveries later in the calendar, particularly a third-to-fourth quarter shift. This reflects the desire to have leaner inventory positions and match consumers’ buy-now, wear-now behavior,” he said. It’s a trend SGB noted from retailers following the Back-to-School shopping period.

Rendle said VF is responding to the trend and is starting to think outside the regular season-delivery schedule to include more frequent deliveries.

“It’s no longer going to be the norm where you set a floor early fall and expect to take reorders through the season and come out the other side in a successful place,” he said. “The demands that consumers are now putting on businesses to bring more frequency of new ideas in elevating that brand experience is something that we’re pivoting to be very very responsive to, and our supply chain really puts us in an advantaged position to be able to look at the number of drops per season for each of our brands and being able to dial that into our model on how we create that product but build the product and deliver it to our wholesale and our own stores.”

Conservative Outlook
VF Corp. officials said while they expected to see increased inventory on the market following the weak winter and U.S. retail bankruptcies, they accelerated inventory reductions after their latest assessment.

“We kind of had a good sense of what was going to go on in the off-price channel and we participated moving goods there last fall but I’ll tell you as we came into September, we were a bit surprised by this sheer amount of not just outerwear from the outdoor industry, but from all categories across apparel,” Rendle said. “It’s really brought us to make this decision to really be thoughtful around our go forward actions and to mitigate the impact that participation in this channel can have on the long-term health of the brand.”

Rendle and Wiseman also noted that VF has walked away from several acquisition opportunities over the past five years based on too “frothy” of a market, although they said its M&A research remains nonstop.

All things considered — last year’s weak winter, U.S. retail bankruptcies and a reduction in inventories — VF reduced its full-year revenue outlook to 2 percent growth to $12.2 billion, versus a previous forecast of 3- to 4-percent growth. Revenue for the Outdoor & Action Sports coalition is now expected to increase at a low-single-digit percentage rate compared with previous expectations of mid-single-digit growth. Reported earnings per share is expected to increase 3 percent to $3.13, compared with previous expectations of $3.20, compared to EPS from continuing operations of $3.04 in 2015.