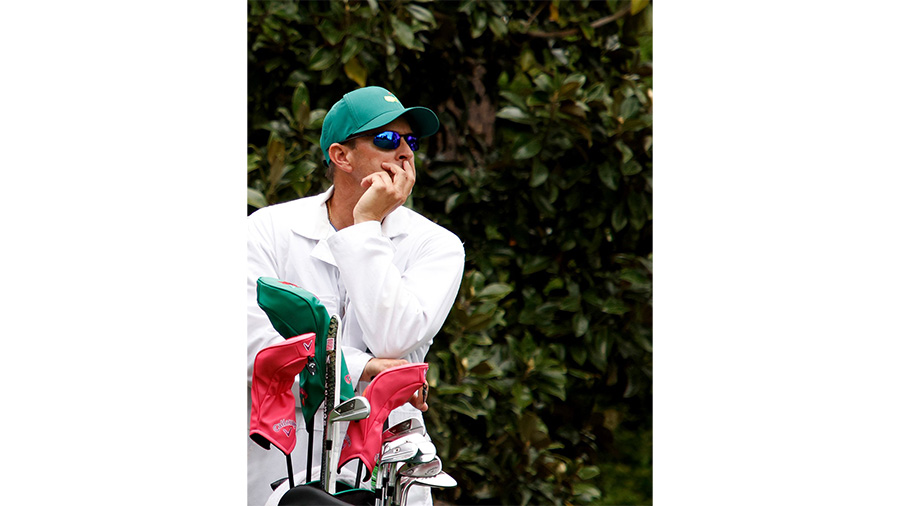 Callaway Golf Company President and CEO Chip Brewer talked a lot about exceeding expectations in all three of its business segments in the first quarter during a recent conference call with analysts, but the company’s namesake golf equipment brand lost share in the period as the broader U.S. golf market outpaced its performance.

Brewer admitted that Callaway’s market share performance was “a little weaker than desired” in Q1 when he highlighted research from Golf Datatech that showed overall U.S. retail sales of golf equipment hard goods were up 49 percent compared to Q1 2019 and up 72 percent compared to Q1 2020. With that significant growth in mind, it was rather interesting to see the company report that Callaway golf equipment sales grew 29 percent from Q1 2020 and posted a 16 percent growth versus Q1 2019. The CEO explained that the weaker market share trend in the quarter was due to two of the four major golf equipment brands launched metalwoods products in Q1 last year while all four launched new metalwoods products this year.

“We are not overly concerned as our most recent share trends are improving. We expect this improvement to continue through Q2, and we are performing relatively stronger in key accounts that are not reporting to Datatech and strategically important green grass channels,” Brewer explained. “We also remain comfortable with our brand strength and position. In the U.S., third-party research and Datatech showed our brand to be the number one club brand in overall brand rating and the leader in innovation and technology.”

Still, Brewer was bullish on overcoming supply chain challenges even as they see opportunities in new categories.

“Our supply chain team did a great job in Q1 chasing demand and exceeding our expectations on supply,” said Brewer. “Even with this great work, field inventory levels remain extremely low, and we expect them to remain so at least through mid-year, perhaps even longer. Fortunately, we also believe our supply chain is and will continue to, delivering us a competitive advantage through the balance of the year, especially in custom fitting where demand has surged. Although we fully expect the current unprecedented demand to moderate at some point, we have yet to see a slowdown, and we continue to see strength in products aimed at women, juniors and new entrants to the game.”

Callaway Golf saw overall company net revenue increase 47 percent to $652 million in the first quarter, compared to $442 million for the 2020 comp period, driven by “the strength of the legacy Callaway business” and $93 million related to the addition of four weeks of the Topgolf business acquired on March 8, 2021. Changes in foreign currency rates also reportedly had a $17 million positive impact on its first-quarter 2021 net revenue. Excluding those two elements, the company posted nearly 23 percent growth for the quarter on a currency-neutral business.

Apparel, Gear, and Other segment net revenue increased 21 percent to $182 million in Q1, compared to $151 million in the first quarter of 2020. The increase was reportedly driven by a 23 percent increase in apparel sales and an 18 percent increase in gear, accessories and other. Both the TravisMathew and Jack Wolfskin businesses were said to be recovering from the pandemic “faster than expected despite continued retail restrictions and other effects from COVID-19, particularly in Europe.” 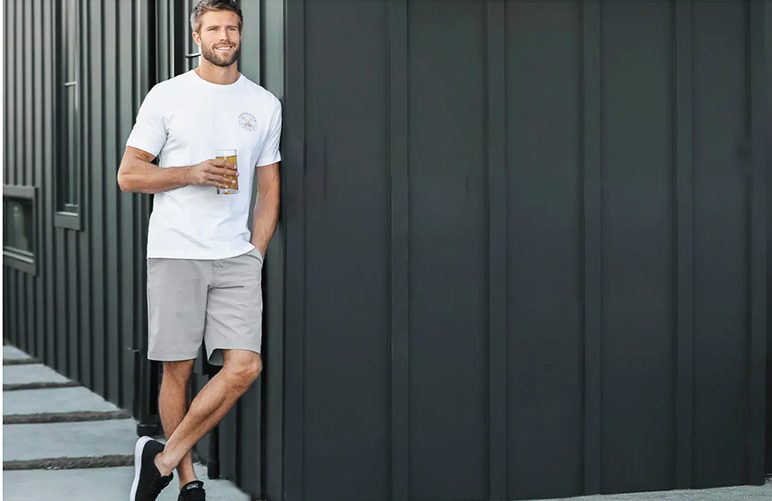 Brewer said they had high expectations for growth for the TravisMathewbrand and the business exceeded these expectations. Driving the performance was an e-commerce business that was up 145 percent year-over-year in Q1. Company-owned stores comped up nearly 10 percent despite some COVID restrictions early in the quarter. Sell-through at wholesale was also said to be “very strong.”

Jack Wolfskin was highlighted as the business that probably most over-performed expectations in Q1, according to Brewer. “As you probably recall, this business had started to deliver some nice year-over-year growth at the end of last year, and we’re starting to look like we have turned the corner and brand momentum,” he said. “Both the COVID resurgence and resolving third wave shutdowns in Europe, we were naturally concerned. Although these circumstances have significantly impacted our business, how could they not, and they will continue to do so through at least Q2. Our brand momentum in our European e-comm channel and key digital partners has moderated that negative impact. Combining this with both nice growth in China and strong financial discipline and what could have been a significant drag on our business has become manageable.”

Brewer said the improving brand momentum at Jack Wolfskin should set the brand up for a strong second half assuming the European markets open up as expected by the back half. “Our sell-through momentum in this business is good and pre-books for the fall/winter lineup has been quite strong,” Brewer said. “We are pleased with the leadership team we now have in place and I’m increasingly confident in the future of this brand.”

Reviewing the Callaway brand apparel business, Brewer reminded everyone that the company would take the brand back in-house from a licensee and launch its apparel business during the second half of this year.

In wrapping up his comments on the apparel business, Brewer gave a nod to the surging e-commerce business.

“For the last year, the hero of the softgoods and apparel segment is certainly e-comm,” he said. “This is a channel that was significantly strengthened by investments we made prior to the pandemic as well as us continuing to this day. These investments enable our apparel business e-com to deliver 96 percent year-over-year growth in Q1. E-comm is now a significant portion of the channel mix of this segment, and we are confident our expanded capabilities and strength here will bolster this business growth prospects and profitability going forward.”

Brewer said that the company continues to expect the apparel and softgoods segment to grow faster than its golf equipment business post-COVID, and with that growth to deliver operating leverage and enhanced profitability. He said they still believe they will be able to deliver $15 million of synergies in the segment over the coming years.

Apparel, Gear, and Other segment operating income grew to $20 million in the first quarter, compared to a $4 million loss in the first quarter of 2020. The increase was reportedly driven by the increased sales, operating expense, and cost of revenue leverage on higher revenue, favorable foreign currency exchange rates, and increased e-commerce revenue, partially offset by lower retail revenue at Jack Wolfskin due to further government-mandated retail shutdowns during the first quarter in Central Europe.

“The fact that this segment delivered positive segment profitability was, in my opinion, an exceptional performance given the headwinds faced by COVID restrictions and shutdowns in the European markets. I believe these trends bode very well for the long-term outlook of this segment,” said Brewer.

In the new Topgolfsegment, all venues are now reportedly opened across the globe. 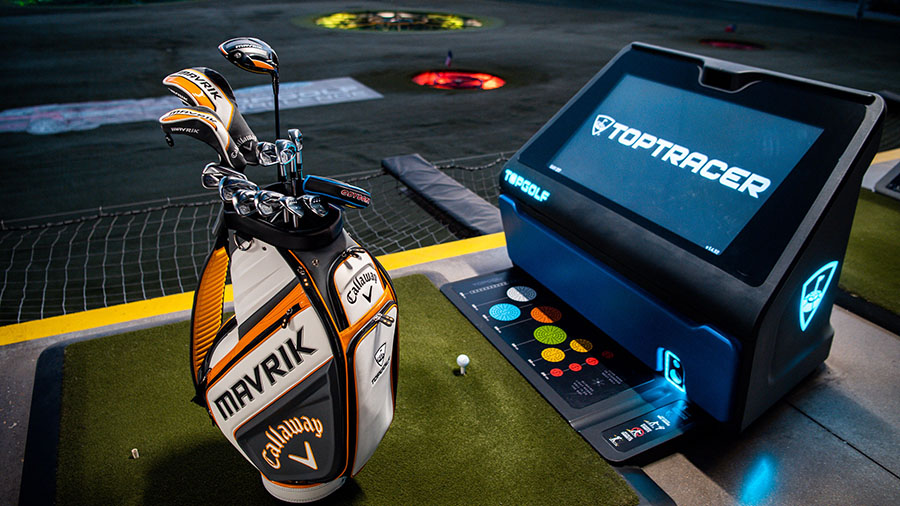 The Topgolf business contributed $93 million of net revenue and $4 million of segment operating income in four weeks of operation in Q1.

After a challenging start to the year, COVID restrictions are continuing to ease. COVID impacted, so these include the impact of venue shut or restricted during COVID during the period. Same venue sales versus 2019 were in the low ’80s for the quarter, which was above our expectations and showed improving trends through the quarter.

“We now believe we will be either at the high end or modestly above our previous full-year same venue sales expectations, which was 80 percent to 85 percent,” said Brewer. “Walk-in traffic remains stronger than events still, and both are trending well. Our financial results benefited from the same venue sales fee and the higher operating efficiencies in both historical levels and our plan. Some of this is due to the current environment; like so many other service businesses, it’s hard to keep the venues fully staffed. Fortunately, we’re working through this well, and so far, it is neither meaningfully constrained us nor is it had a negative impact on guest satisfaction measures. This availability of labor is an interesting development that is likely playing out across the entire U.S. economy. We see it as a manageable challenge as of now.”

Topgolf has opened five new venues this year, with two opening in Q1 and three in Q2 to date. The company has 66 company-owned venues in operation. For the full year, it is on track to open at least three more venues for a total of “at least” eight venues this year.