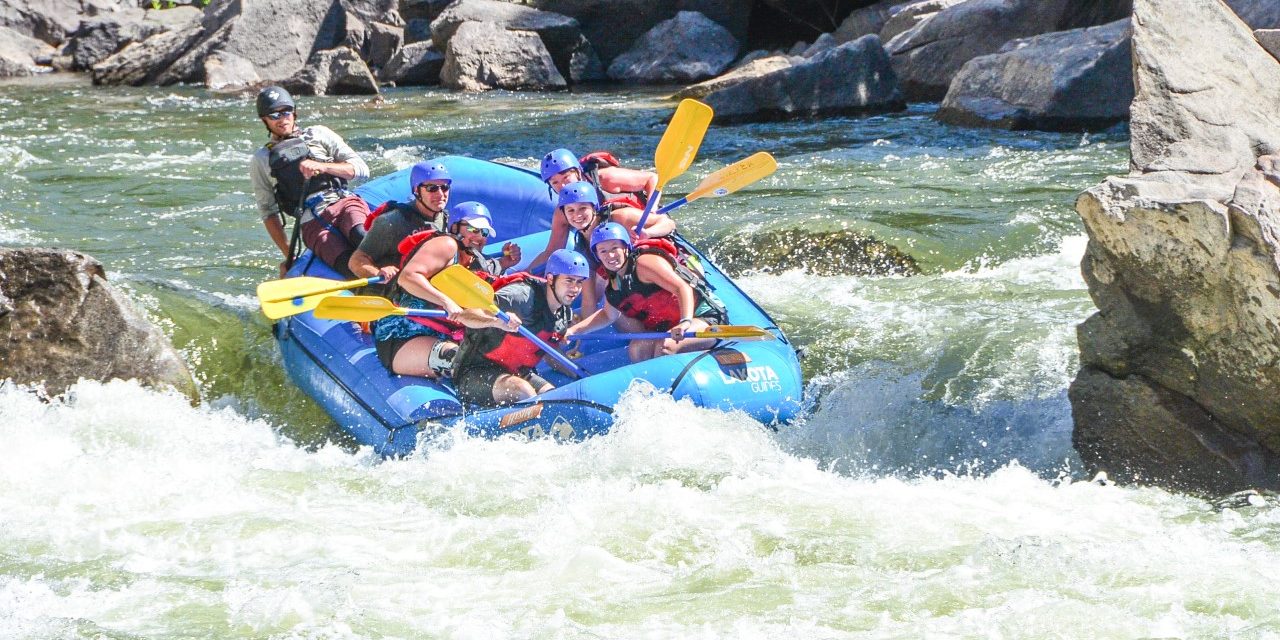 While snowpack levels are below average across much of the Western U.S., rafting outfitters are anticipating a solid season coming up as COVID-19 restrictions slowly ease and customers are craving a chance to get outside.

That’s the take-home from the 2021 Rafting Outlook* recently released by outfitter OARS, which sites a record demand for river trips heading into the 2021 summer season.

“While we’re all still very much living with the realities of COVID, the increasing availability of testing and vaccines has many of us excited about travel this year,” said Steve Markle, VP of sales and marketing, OARS, a second-generation family-owned outfitter that offers trips through the Southwest.

Markle added in a poll OARS conducted of its travelers in January, 78 percent said they plan two or more multi-day leisure vacations this year, nearly 70 percent are planning some type of road trip.

“We feel fortunate to have had many sold-out departures this past year and already in 2021 we have significantly more people booked than at the same time last year,” said Co-owner Brandon Lake. “Bookings are coming in at unprecedented rates, not just for the Grand Canyon, but for Utah trips as well.”

Driving this surge, he added, is a pent-up desire for consumers wanting to adventure travel, especially domestically, but safely with an outfitter; the healing forces of Nature to combat stress; and the checking off life-list adventures.

Of those, the Grand Canyon often tops the list. And this year, with months of departures canceled last season, rafting trips down the Big Ditch are in high demand with many outfitters nearly sold out through 2022.

And it’s not just multi-day trips that people are booking. They’re also lining up ahead of time to reserve day trips.

On the Colorado River in Glenwood Springs, CO, outfitter Pat Drake of Blue Sky Adventures has his phones ringing off the hook. “I don’t think I’ve ever seen this many people calling to make advanced reservations,” he said. “It’s definitely different from last year, or any other year I’ve ever seen. People are just hoping to get outside.”

Drake’s services, and that of other outfitters, were also affected last year as much by Colorado’s Grizzly Creek wildfire, which closed Interstate-70 for nearly a month, as they were COVID-19 restrictions. But he, and other outfitters, are planning to put both now in the rearview and brace for a strong season ahead.

“Pent up demand is the new abundance of caution,” added Andy Neinas of Echo Canyon River Expeditions on the Arkansas River whose basin-wide snowpack levels are clocking in at 61 percent, but not impeding demand. “We’re all heading into the season with a spirit of optimism. Americans are more comfortable moving about the country and rafting is a naturally socially distanced activity.”

Booking, in fact, is ahead of schedule across Colorado, one of the top rafting states in the country.

“For many outfitters, reservation numbers this spring are far ahead of what was anticipated,” said David Costlow, president of the Colorado River Outfitters Association. “Several have more reservations on the books than they had at this point in 2020 or 2019. Also, the late spring rain and snow is a welcome addition and will add to the snowpack.”

Neinas, Markle and other outfitters credit the virus’s low transmission rate outdoors and rafting’s inherent social distancing in the fresh air, as a key saving grace of last year’s season, and one of the main reasons bookings are so strong this year.

“Outdoor activities are inherently less risky with near-constant movement in an open-air environment,” added Roger Wilson, CEO of West Virginia’s Adventures on the Gorge, which is adjacent to the newly created New River Gorge National Park and Preserve. “Plus, the occasional splash of water in the face doesn’t hurt.” He added that the region’s newly designated national park status should also help.

Haynes Mansfield of nearby ACE Adventure Resort, also in West Virginia, agreed, adding, “The nature of river running is the perfect analogy for running a business during a global pandemic. We assess the hazards, choose our destination and adjust as we go based on changing conditions.”

These companies are growing the sport’s customer base, too, with repeat customers likely to return. Wilson said their company welcomed many new customers to rafting last year, many of which have “a good chance of booking again this year.” And rafting, by its nature, is a perfect post-pandemic sport, he added.

“It gives us the opportunity to reclaim two very important human needs, freedom and connection,” Mansfield said. “That experience, and the bond it creates, is at rafting’s core.”

Last year, due to the pandemic, Markle said OARS had to cancel the first half of its season and was unsure if it would run trips at all. This year, he added, the tide seems to be turning even without Mother Nature’s help. “While this year’s snowpack is nothing to write home about, the conditions for boating are mostly favorable across the West and we are poised for a great season,” he said, of a California snowpack that’s only hovering near half of its average. “And we’re more grateful than ever to share what we all care so deeply about.”