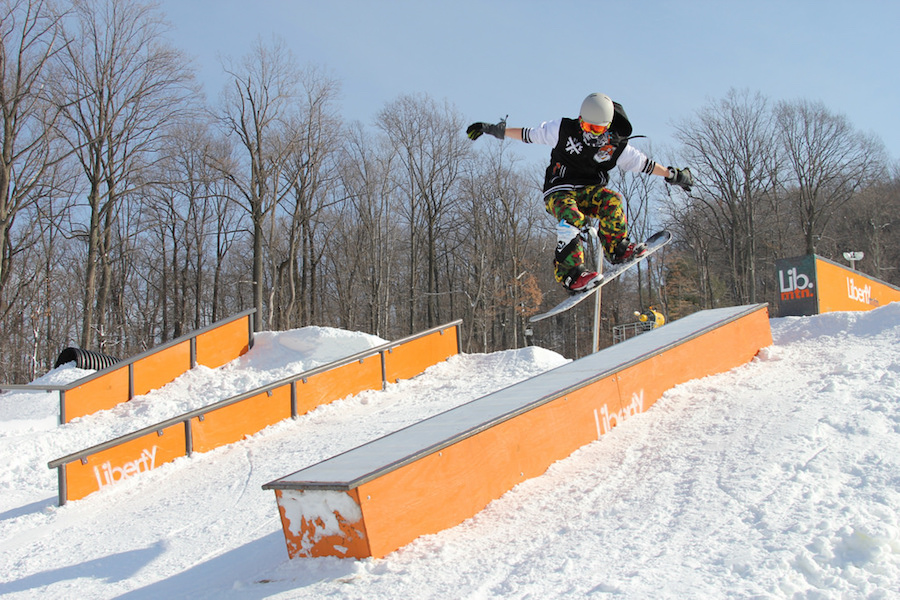 The move that Peak Resorts Inc. made Monday—the $76 million acquisition of Snow Time Inc.—won’t generate the same buzz as deals made by its much larger competitors out West, but the Wildwood, MO-based company’s purchase does pack plenty of punch.

Peak Resorts, which owns and operates 14 ski areas in the Northeast and Midwest, is tacking on Liberty Mountain Resort, Whitetail Resort and Roundtop Mountain Resort to its portfolio. All three areas are within driving distance of the Baltimore, MD, and Washington, DC, market, a metropolitan area with nearly 10 million people.

“We now become one of the most dominant players in the Northeast, from the Baltimore/DC area up to Boston,” Peak Resorts CFO Chris Bub told SGB on Monday. “That’s a huge addition to grow in these metropolitan areas.”

The three resorts, which offer a combined 65 trails, more than 325 skiable acres and an average of approximately 700 vertical feet of terrain, notched more than 600,000 visitors during the 2017-18 ski season. And for the 12-month period ended March 31, Snow Time generated about $50 million in revenue and $11 million in adjusted EBITDA.

But the most important number for Peak Resorts might be how many new signups the company generates for its Peak Pass, which will allow skiing and snowboarding at 10 of the company’s mountains for the 2018-19 season (see below for full list).

Bub and Jesse Boyd, Peak Resorts’ vice president of operations, spoke with SGB on Monday morning about the transaction, emphasizing that the trio of resorts being added is an excellent fit for the company’s current portfolio and will greatly increase the value of the Peak Pass.

“This strengthens our pass,” Boyd said. “We have a really affordable pass model in the East, and we’re continuing to strengthen the areas in which we operate to give our customers more options when they want go skiing. These folks not only ski a lot in their area, but many also travel north to Vermont, New Hampshire and New York, so it really benefits our pass to add these three resorts.”

Each company’s pass allows skiers and snowboarders to access resorts from coast to coast, as well as in Canada and overseas. By adding more mountain areas to their passes, those passes becomes more attractive—especially when compared with single-mountain offerings—resulting in more customers and top-line growth.

Another benefit is that holders are now enticed to travel to other areas covered by their multi-mountain pass. A family that skis their local mountain near Detroit, Minneapolis or Boston is more likely to make a trip to Colorado, Utah or British Columbia since the lift tickets are already paid for.

The Snow Time deal increases the value of the Peak Pass in much the same way—for pass holders who live and ski in New Hampshire, New York, Pennsylvania or Vermont—while also increasing the value for the smaller mountains being acquired, in this case Snow Time’s Liberty, Whitetail and Roundtop.

“When you’re an operator of only a couple of resorts, you’re at a disadvantage,” Bub said. “Being able to join the Peak family is going to help them to stay viable in their region. With the addition of Peak Pass they’re going to get additional visitors as our pass holders cross pollinate across all the different resorts. When you talk about long-term, that’s how their growth is going to continue—joining us and joining a large pass program. You see that across the West with regards with Alterra and Vail, and now you’re seeing it across the East.”

Irvin Naylor, founder and chairman of Snow Time, said in a release that he was pleased with the deal, adding that Peak Resorts’ ongoing upgrades at one of the company’s newer assets, Hunter Mountain in New York (click here for a recent story about this project), reassured him that the company was committed to nurturing its resorts.

“I am extremely pleased to pass along the stewardship of Snow Time and our three mountain resorts to Peak Resorts,” Naylor said. “Having watched the progress they continue to make at the formerly family-owned Hunter Mountain, I view Peak Resorts as the perfect operators to take Liberty, Roundtop and Whitetail to the next level.”

Boyd and Bub said Peak Resorts doesn’t have any immediate plans for capital investments in the new resorts, but only because the areas don’t have any pressing needs. Instead, the Peak team will spend the first year of ownership learning the resorts’ business models and seeing where improvements can be made down the line.

Although Peak Resort shares slid 15 cents, or 2.9 percent, to $5.10 at market close Monday, the move was lauded by the analysts who cover the company.

“With the Snow Time acquisition, Peak significantly strengthens its stronghold on the Mid-Atlantic/Northeast ski market,” Stifel’s Boyer wrote. “Having grown up skiing in the Mid-Atlantic, we see several attractive revenue synergy opportunities resulting from this deal. Notably, it is not uncommon for a MD/DC skier to convenience ski at the Snow Time assets, while taking an overnight/day trip excursion to Big Boulder/Jack Front Hunter or up into VT. As a result, we believe the Snow Time deal should significantly strengthen sales of the Peak Pass. Peak expects to have the resorts integrated into its pass program for the 2018-19 ski season.”

And Tyler Batory of Janney Montgomery Scott LLC wrote, “We believe this deal is a positive because it shows the company is executing on its strategy to make acquisitions to drive future growth. We also believe the acquisition multiple (6.8x) is favorable.”

The numbers of the deal were naturally important for Peak Resorts—from the 6.8x multiple to the 600,000 skier visits to the proximity of a metro area with 10 million people—but the company’s executives also looked beyond the numbers when deciding to move forward with this transaction.

“They have strong management teams already in place, and that’s something that’s important when we’re looking at acquisitions,” Boyd said. “They fit into our culture. We operate resorts of this size, and they’re a really good fit for us moving forward.”

As for other M&A deals, Boyd and Bub said while there weren’t others on the horizon to discuss, consolidation is likely to continue in the industry and for the company itself.

“The good thing about Peak Resorts is our market is different than the larger players of Vail and Alterra,” Bub said. “Our market is smaller with a day or an overnight drive to resorts, and there significantly more of those resorts still available from a mergers-and-acquisition strategy standpoint.”

“Acquisitions are a part of our long-term strategy,” Boyd added, “and we continue to look all the time.”