Trade associations called Friday the first official day of the trade war between the U.S. and China, as $34 billion in tariffs on Chinese goods kicked in overnight.

The Chinese products include certain items of farm machinery, industrial products, medical devices, some motor vehicles and aircraft parts. The U.S. is expected to add tariffs on an additional $16 billion of Chinese goods at a later date.

“There is no longer a ‘threat’ of a global trade war; the battle has begun,” said Hun Quach, VP of international trade for RILA. “These tariffs are officially being imposed on products sold by American businesses and consumed by American families.

“Americans are caught in the crosshairs of the administration’s three-front trade war, and they will be the ones paying the price. The recent onslaught of tariffs will jeopardize manufacturing and agriculture jobs in the U.S., while driving up prices on household items.”

RILA, the trade association for many of the largest retail brands in the U.S., warned that American families and workers will be most impacted by the barrage of tariffs imposed on consumer products from China and U.S. exports to the European Union, Canada, Mexico and China.

China, meanwhile, imposed its own 25 percent tariffs on U.S. goods, saying that the U.S. “has launched the biggest trade war in economic history so far.”

The nation’s ministry department added in a statement, “China will not fire the first shot, but is inevitably forced to strike back to defend the core interest of the nation and its people.”

RILA wasn’t the only association in the sporting goods, outdoor and active lifestyle industries to criticize the tariffs. The National Retail Federation (NRF), which also has been outspoken in its opposition to the escalating trade war, said the nation is heading down a path that is sure to cause the biggest harm on American consumers.

“With tariffs against China taking effect, American consumers are one step closer to feeling the full effects of a trade war,” said NRF President and CEO Matthew Shay. “These tariffs will do nothing to protect U.S. jobs, but they will undermine the benefits of tax reform and drive up prices for a wide range of products as diverse as tool sets, batteries, remote controls, flash drives and thermostats. And students could pay more for the mini-refrigerator they need in their dorm room as they head back to college this fall.

“We strongly urge the administration to abandon its plans for tariffs on another $200 billion in Chinese imports, which would destroy thousands of American jobs and raise prices on virtually everything sold in our stores. Reining in China’s abusive trade policies is a goal shared by many countries, but a strategy based on unilateral tariffs is the wrong approach and it has to stop.”

The start of the trade war is a 180-degree turn from the Trump administration’s stance back in May that the U.S. wouldn’t impose tariffs on Chinese goods. Treasury Secretary Steven Mnuchin went so far as to say that the administration put its trade war with China “on hold.”

The administration reversed that stance a month later. And now that statement is clearly a distant memory as the trade war gains momentum already in its opening hours. While the Dow rose early Friday, the advent of the trade war put a damper on the upbeat jobs report that the Department of Labor released Friday morning.

While U.S. businesses added 213,000 jobs over May—and retail industry employment increased by 50,200—the gains were offset by the fact that consumers may be using their newfound paychecks to spend more on everyday products.

“While payroll gains should translate into increased spending in the coming months, if the trade war spreads, it may become a turning point for consumer and business confidence that could affect spending,” NRF Chief Economist Jack Kleinhenz said.

Here’s a rundown of how things have jumped around in the first half of 2018 before leading to the full-on trade war: 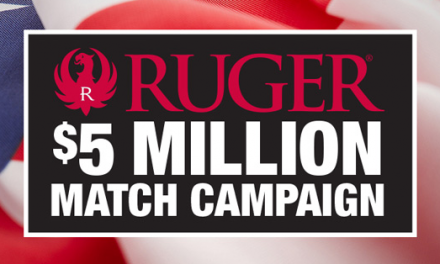 Golf Companies Win Some, Lose Some…