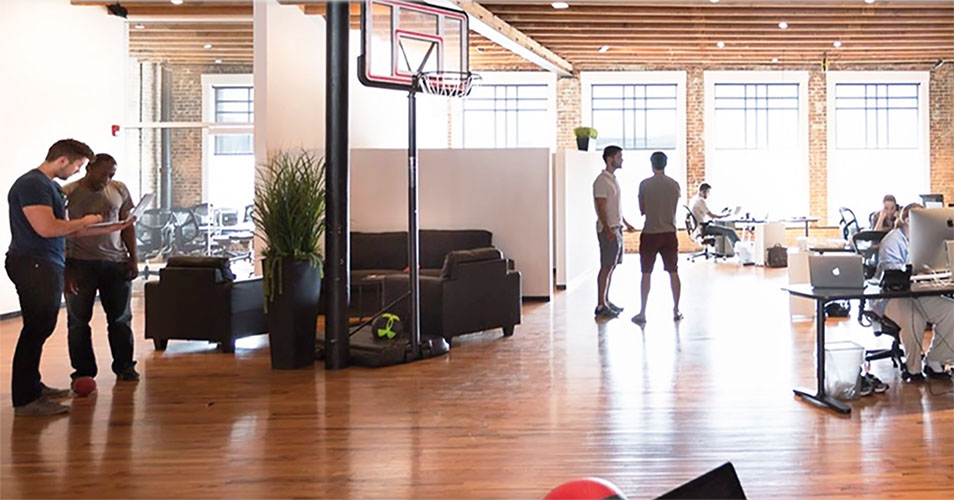 Inc. magazine named OrderMyGear to its annual Inc. 5000 list of fastest-growing private companies and  Golftec, a provider of golf lessons and premium club fittings, to the list as the nation’s fastest-growing company for the ninth time since the list’s inception.

At the halfway point of summer, lodging properties in mountain destinations are enjoying a strong overall seasonal performance but lacking the impressive year-over-year growth figures posted in the past decade.

Norwest Venture Partners announced it has made a minority equity investment in Vuori, a performance apparel brand based in Encinitas, CA.

J. C. Penney Co. Inc. announced a net loss in its fiscal second quarter ended August 3 of $48 million, or a loss of 15 cents per share, which beat Wall Street’s expectations by 17 cents.

RYU Apparel Inc. appointed Camilo Lyon to the board of directors effective immediately.

Xenith announced that Frank Gore, veteran Buffalo Bills running back, will come on as a brand ambassador.

Retail sales, according to the National Retail Federation, were up 0.9 percent in July seasonally adjusted from June and up 5.6 percent unadjusted year-over-year.

Sportsman’s Warehouse will hold the grand opening celebration of its new store in Murfreesboro, TN on August 22-24.

Amer Sports Corp., after being acquired by Anta Sports, has applied for the termination of public trading in the company’s shares and for the delisting of Amer Sports’ shares from the official list of Nasdaq Helsinki Ltd.

Fanatics partnered with German sporting goods retailer SportScheck on a deal that will provide sports fans across Germany with access to a comprehensive range of licensed sports merchandise available in the country.

The latest survey from the RV Industry Association reveals that younger RV owners are buying the greatest number of parts and accessories to make modifications and additions to their RVs.

Ahead of the seventh annual SFIA Industry Leaders Summit in Baltimore, MD, Under Armour is offering an exclusive tour of the UA Lighthouse to attendees.

In spring 2020, REI Co-op will open a new retail location in Wichita, KS.

Ross Stores Inc. announced operational leadership changes that the company believes will continue to drive the successful execution of its off-price strategies and maximize management’s ability to deliver ongoing increases in shareholder value.

The National Council of Textile Organizations (NCTO) issued a statement on Tuesday in support of the U.S. Trade Representative Office’s (USTR) announcement regarding the next steps for the proposed 10 percent tariff on approximately $300 billion of Chinese imports.

Mikaela Shiffrin, the number one skier in the world, signed with Adidas in a multi-year partnership.

The escalating trade war between the United States and China has meant that U.S. outdoor recreation businesses have paid $1.5 billion more in tariffs over the last 10 months (September 2018 to June 2019) compared to the same period a year ago, according to Outdoor Industry Association (OIA).

Nation.Academy, which is developing 50 multisport facilities around the country over the next 10 years, announced it has entered into an exclusive retail relationship with athletic apparel dealer SquadLocker to provide Adidas equipment and merchandise.

Kohl’s announced the introduction of Curated by Kohl’s, a selection of products from emerging brands available in more than 50 Kohl’s stores and Kohls.com beginning mid-October 2019.

Nike Inc. will open a new distribution center in Marshall County, MS, about 10 miles south of Memphis, TN, according to The (Memphis) Commercial Appeal.

Hylete Inc., an online seller of fitness apparel and gear, announced that it has publicly filed a registration statement on Form S-1 with the U.S. Securities and Exchange Commission relating to a proposed $18 million initial public offering of its Class A common stock.

Kathmandu Holdings Ltd. released unaudited earnings for the fiscal year ended July 2019. The company said it is expecting total sales of NZ$545 million (US$351.8 million), up 9.6 percent compared to the prior year behind the strength in Australia and from its 2018 acquisition of Oboz.

Canada Goose announced that Woody Blackford will join the company in fall 2019 as the EVP, design and merchandising.

Bicycle rack manufacturer Hollywood Racks announced the expansion of its partnership with HLC to distribute the full Hollywood Racks product line to the Canadian market.

Nuun announced it is now offering its renovated flagship product line with improved performance, consumer experience and packaging across the Canadian provinces.

Winter Wildlands Alliance, host of the biennial Grassroots Advocacy Conference, has officially opened registration for the event to be held in Boise, ID, October 24 to 27.

The NFL and Sportradar, a provider of sports data and content, announced an expansion of their existing partnership, which will license the distribution of NFL official league data and content to more fans worldwide.

Steve Madden announced that the company has completed the acquisition of privately held Greats Brand, Inc.