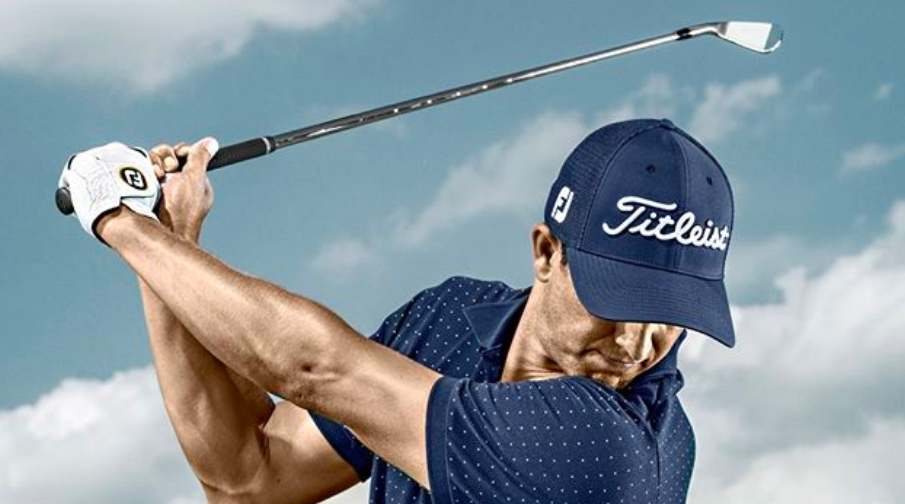 Acushnet Holdings, the parent of Titleist and Footjoy, reported a sharp hike in earnings in the third quarter with a boost from accelerated top-line growth.

In the quarter, earnings quadrupled to $29.8 million, or 39 cents a share, from $7.1 million, or 9 cents, a year ago. Results exceeded Wall Street’s consensus estimate of 29 cents.

“These strong third-quarter results were in line with our expectations and consistent with the normal cadence of our business in a number of years,” said David Maher, president and CEO, on a conference call with analysts.

The gains were led by Titleist golf clubs, which grew 28.1 percent on a reported basis and 28.7 percent on a constant-currency basis, to $126.8 million. This increase primarily resulted from higher sales volumes of the newly launched TSeries irons, TS hybrids and putters and higher average selling prices. The increase was partially offset by lower sales volumes of drivers and fairways.

“We’re excited about the momentum and trajectory of the Titleist golf club business,” said Maher. “Looking ahead, we plan to continue to promote and build upon our T-Series irons and TS Metals, as our teams prepare to launch new ranges of Vokey wedges and Cameron putters early next year.”

In the Titleist golf balls segment, sales were down 0.7 percent on a reported basis (0.4 percent on a constant currency basis), to $120.9 million. The increase in constant currency was primarily driven by sales from PG Golf, which was acquired in the fourth quarter of 2018, higher sales volumes of the latest generation Pro V1 and Pro V1x golf balls, partially offset by sales volume declines in its AVX models and performance golf balls which were in their second model year.

“Our Pro-V1 franchise is having a terrific year, and is leading much of this growth,” said Maher. “Our year-to-date premium performance segment comprised of Pro V1, Pro V1x, and AVX has posted double-digit growth versus similar periods both last year, and also, 2017, our previous Pro-V1 launch year. Titleist golf balls continue to win wherever performance and quality matter”

Looking forward, a new AVX golf ball will launch in the first quarter of 2020 and the company is testing a product called EXP01, which is Acushnet’s first thermoplastic urethane or TPU-covered golf ball. Maher said Titleist is the market leader in the production of thermoset cast urethane covered golf balls and plans to establish a similar leadership position in TPU-covered golf balls. Said Maher, “We believe this will strengthen the Titleist golf ball product line outside of our Pro-V1 and AVX franchises. With the EXP test-market, we will gain useful insights around this market opportunity and expect to introduce this new technology sometime in 2020. “

Titleist golf gear’s sales increased 13.4 percent on a reported basis (14.8 percent on a constant currency basis), to $34.6 million. The increase was due to sales volume increases across all categories of the gear business. A breakout product is the new LinksMaster golf bag and the line will be expanded in 2020.

Footjoy’s sales expanded 2.4 percent (3.5 percent increase on a constant currency basis) to $102.6 million. The improvement was primarily a result of higher sales volumes in the apparel and footwear categories.

Said Maher, “FJ has been especially strong in the U.S. where footwear unit shipments are up double-digits, led by new Flex and Fury models in the athletic category where FootJoy has made great progress in the past 12 months.” A waterproof Flex XP will debut in the U.S. next month and in all other regions in early 2020. An expanded range of women’s Footjoy models shipped in Q3.

Kjus, the premium ski and golf apparel brand acquired in the third quarter, contributed $32.3 million in sales in the latest quarter.

Regarding Kjus, Maher said, “While we’re only 100 days into the acquisition, our teams are making good progress as they focus on three core priorities: establishing a greater level of specialization behind both golf and ski, enhancing the supply chain to best support this category focus in specialization, and effectively integrating many back-office functions, as we prepare for growth and pursue operating efficiencies. The Kjus’s team has been great to work with and is excited to energize the opportunity to build upon this leading performance-based outerwear brand.”

Net sales in regions outside the U.S. were up 20.5 percent and up 23.2 percent on a constant-currency basis. On a constant-currency basis, EMEA was up 39.3 percent, Japan was up 27.6 percent, and Korea was up 18.4 percent. In EMEA, the increase in sales was primarily due to sales from Kjus and higher sales volumes of Titleist golf clubs. In Japan and Korea, the increase was primarily due to increases in sales of Titleist golf clubs, FootJoy golf wear and Titleist gear.

Gross margin was 52.1 percent, up 110 basis points from Q3 2018. SG&A was $159 million, up $10 million or 7 percent. About half of the SG&A increase was attributable to Kjus, and the remainder was primarily from higher advertising and promotion expense to support the club launches.