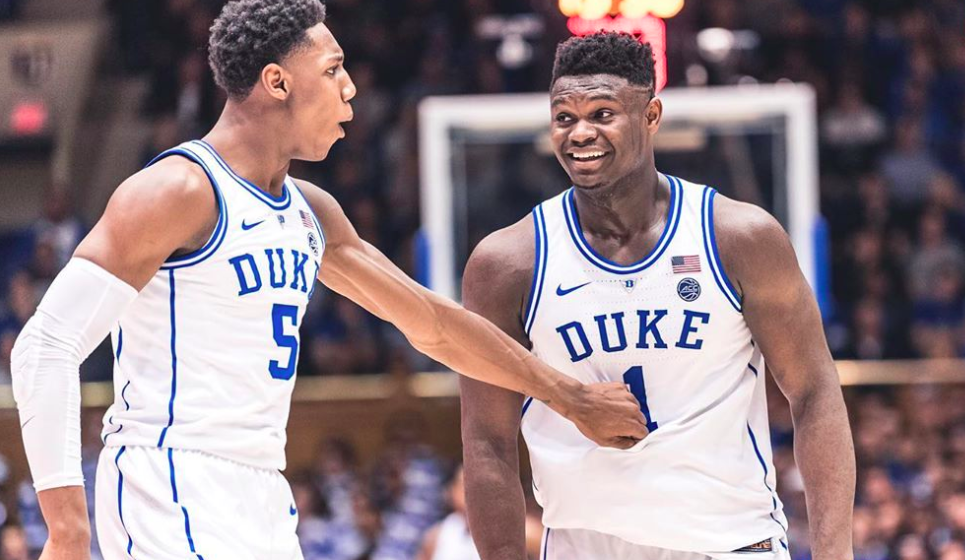 A shoe malfunction that injured college basketball’s biggest star in the most-hyped game of the year sent Nike into full damage control mode and drove more debates on the risks of college athletics.

Within just 36 seconds into the game Wednesday night, Duke University’s Zion Williamson, the presumed No. 1 pick in next year’s NBA draft, grabbed his right knee in pain after slipping awkwardly and falling. The blue rubber sole in Williamson’s left sneaker appeared to rip loose as he planted his foot near the free throw line, causing him to twist his right knee.

Luckily, Duke coach Mike Krzyzewski described the injury as a “mild knee sprain.” He’s expected to be out two to six weeks. But the incident will earn heavy play in coming weeks should Williamson miss much of the March Madness tournament as well as in the years ahead if the injury derails Williamson’s NBA career.

“We are obviously concerned and want to wish Zion a speedy recovery,” Nike said in a statement. “The quality and performance of our products are of utmost importance. While this is an isolated occurrence, we are working to identify the issue.”

The freak injury during one of the college basketball season’s marquee games led to questions around the potential impact of the incident on Nike’s image and whether the firm faced any liability. More broadly, the debate covered insurance issues and whether the likely NBA lottery pick should risk his professional future by continuing to play for the top-ranked Blue Devils.

On Thursday, shares of Nike eased 90 cents, or 1.06 percent, to $83.94, with many market watchers attributing the dip to news of the injury the previous night.

Nike invests heavily in its endorsement deals with star athletes and teams to support its image. Last year, the brand spent $11.5 billion, nearly a third of its sales, on marketing and endorsement contract. Nike and its Jordan brand sponsored 85 men’s and women’s basketball teams in last year’s annual NCAA tournament.

But Nike’s also aware of associated risks. In its annual report, Nike warned that “negative claims or publicity involving us” from key endorsers or sponsors can “seriously damage our reputation and brand image.” It added: “Social media, which accelerates and potentially amplifies the scope of negative publicity, can increase the challenges of responding to negative claims.”

The prime-time coverage clearly fed the social-media uproar for Nike.

“It was the perfect storm of situations in our business that’s hard to prepare for,” Peter Land, a partner at PR firm Finsbury, told the Wall Street Journal. “It’s pretty unusual that something like this plays out in real time, on national TV, at nine o’clock, with the most visible rivalry in college basketball, with the number one projected pick in the NBA.”

Still, Wall Street analysts generally felt the injury, particularly with Williamson expected to quickly recover, would not have any material impact on Nike’s business.

“Clearly with Nike’s success intrinsically tied to the technical performance of its products, this is clearly something they will be looking into and is not something that should be simply dismissed,” said Nomura Instinet analyst Simeon Siegel in an interview with CNBC. “However, at the end of the day, at this point, the fact that it is one shoe is worth keeping in perspective.”

Oppenheimer analyst Brian Nagel said in a note, “At this juncture, we are optimistic that while negative headlines might weigh upon NKE shares for a bit, any lasting damage to the company and its shares will prove minimal. NKE is renowned for producing some of the best athletic footwear and apparel in the industry and outfitting successfully many of the world’s pre-eminent athletes.”

Nagel did caution that the extent of the injury to Williamson was not yet known. Nagel added, “We cannot recall any major prior instances of NKE products malfunctioning. Nike senior management has a history of acting masterfully at always protecting and enhancing the company’s brand image with core customers, even through moments of pronounced consternation.”

Nike has also recovered from malfunction episodes in the past. In 2016, the Orlando Magic’s Aaron Gordon’s Nike shoe tore apart and former NBA players Manu Ginobili and Andrew Bogut had experienced similar malfunctions although the incidents drew little coverage.

In 2017 after taking over the NBA contract from Adidas, Nike earned headlines after some NBA player uniforms began ripping for a brief period. The stock has nonetheless strongly outperformed the overall stock market since.

One higher-profile incident occurred in 2015 when Eliud Kipchoge won the Berlin Marathon despite spending much of the second half of the race with both his insoles slipping out of his shoes. The shoe had been a prototype racing flat that Nike and the legendary runner had been working on together the past several months.

Wlliamson was wearing the Nike PG 2.5, the Oklahoma Thunder star Paul George’s signature shoe, in a Duke exclusive colorway. Some assumed the freshman phenom was wearing a customized model to support his large frame.

Jabari Parker, who formerly played at Duke and now plays for the Washington Wizards, said he wasn’t surprised the shoe fell apart. According to the Washington Post, he described Williamson as “a Bo Jackson-type athlete, so he will break through his gear. That’s how powerful he is.” Parker also said he likewise has experienced similar issues with his footwear in the past.

“It hasn’t happened to me as long as I’ve been in this shoe,” Paul George told the media Thursday. “We’ve made three generations, going on four now of my shoe, of being successful. So I didn’t necessarily feel any way about that part — the negative part of it. My only concern was for Zion, honestly.”

Nike has also reduced its dependence on basketball sneakers for growth in recent years amid shifting trends and a renewed push by the brand behind running.

“If Nike stock gets hurt on the Zion news, we would be buyers on weakness,” wrote Needham analyst Rick Patel in a note. “Nike generates the vast majority of its sales from lifestyle or fashion categories (this includes Jordan) and we think it’s unlikely this part of the business gets hurt as these aren’t serious basketball athletes.”

In the injury proves career-threatening, Nike could face liability lawsuits similar to the lawsuits some football helmet manufacturer have faced in recent years over concussions.

In a column for Sports Illustrated, Michael McCann, the magazine’s legal analyst, said Williamson could explore legal options against Nike if the injury prevents him from receiving the lucrative contract and endorsement deals he has been expected to receive as one of the NBA’s next stars.

The injury led to many columns on the injury risks future stars face playing college basketball and the constraints around turning pro. Under the NBA’s current collective bargaining agreement, any American player must be at least 19 years old and at least one NBA season must have elapsed since they graduated from high school in order to enter the NBA.

Duke, a Nike school since 1993, could also sue Nike for breach of contract for providing poor quality shoes to its star player if Williamson isn’t able to resume his Duke career, according to McCann.

Nike may face challenges scoring an endorsement deal in the future with Williamson, who some are touting as the best prospect heading to the NBA since LeBron James.

Grace Leong, chief executive officer at PR agency Hunter, told the Wall Street Journal that Nike should bounce back from the negative attention as long as it remains apologetic and commits to fixing what went wrong with the shoe. She said, “We’re in a culture of forgiveness as much as scrutiny.” 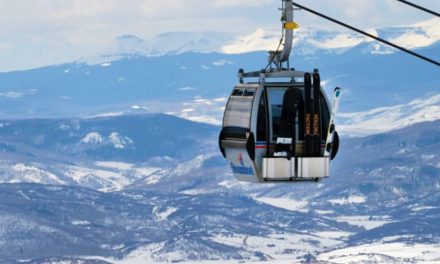 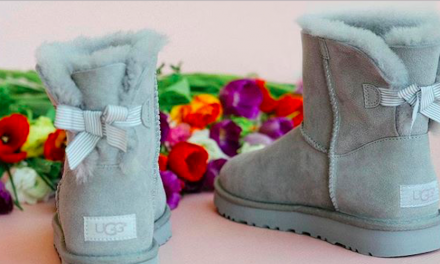