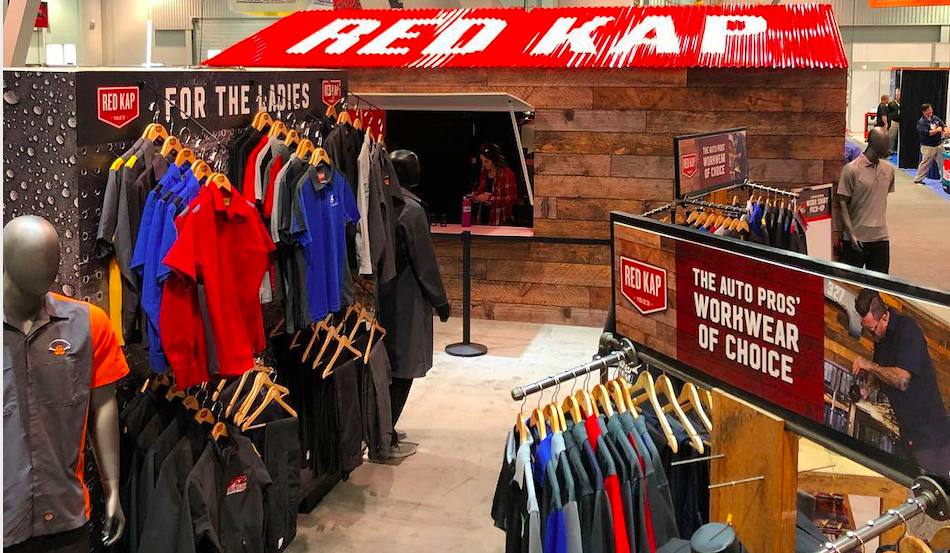 Wall Street sees VF Corp’s plan to explore a sale of nine occupational work brands as a way to further reduce complexities in the business, strengthen its focus on outdoor and active brands and possibly open the door for a major acquisition.

As reported, the strategic review will focus on the occupational portion of the Work segment that consists of nine brands: Red Kap, VF Solutions, Bulwark, Workrite, Walls, Terra, Kodiak, Work Authority, and Horace Small. The review does not include Dickies and Timberland PRO.

“Driving and optimizing our portfolio continues to be a top strategic priority for VF, and exploring strategic alternatives for our occupational Work brands is the natural next step in that process,” said Steve Rendle, VF’s chairman, president and CEO, in a statement. “Divesting these brands would leave VF with a simplified portfolio of higher-growth, consumer-focused brands while providing financial flexibility to fuel further strategic initiatives and enhance shareholder value.”

Together, the nine work brands under review represented approximately $865 million of VF’s fiscal 2019 revenue or approximately 50 percent of Work segment revenue. Adjusted EBIT (earnings before interest and taxes) for the nine brands was $130 million, representing a 15 percent EBIT margin.

A divestiture would reduce VF’s brand portfolio from 30 brands 2.5 years ago to 12 brands as VF has divested itself of its many jeans and fashion labels as well as Majestic Athletic to focus largely on outdoor and active categories. Reef, Nautica and Van Moer were all divested, and its jeans business was spun off over the last two years.

Analysts said the work brands under review are out of line with VF’s focus on consumer brands led by in The North Face, Vans and Timberland, as well as the company’s aggressive pursuit of international and DTC growth. Across the nine brands under review, more than 80 percent of revenues are B2b with more than 90 percent of revenue coming from the U.S. market. Only a single-digit percentage of the groups’ sales are DTC.

The divestiture is expected to be completed by the time of the Q420 earnings call in May 2020, and generate more $1 billion in proceeds. VF told analysts the occupational work segment is a cyclical business, and it believes the brands are being sold at a favorable point in the cycle.

In a note, Baird Equity Research’s Jonathan Komp wrote that while the divestiture may be slightly dilutive to EPS, estimating in the range of 15 to 20 cents, “a move would enhance VFC’s growth rate and strategic alignment while increasing bandwidth for acquiring brands with greater value-enhancement potential.”

“Divestiture of the vocational brands is consistent with VF’s stated strategy to emphasize consumer-minded, retail-centric, and hyper-digital businesses with global opportunities,” wrote Jim Duffy at Stifel in a note. “This move will both simplify the brand portfolio (12 remaining brands) and reduce operational complexities and increase flexibility by further reducing dependence on owned manufacturing.”

Duffy expects the transaction could generate proceeds of more than $1.5 billion, which would put VF in a net cash position sometime in fiscal 2021 and provide additional capacity for share repurchases or M&A. Wrote Duffy, “While the divestiture will result in lost profits we see the move accretive to the portfolio growth profile and beneficial to the multiple.”

Erinn Murphy, at Piper Jaffray, wrote in a note, “These businesses are fragmented, less global & have inferior growth to the balance of VFC’s portfolio.” She likewise pointed to weaker margins, with gross margins for the nine brands less than 35 percent versus VF’s average of 54 percent.

Wrote Murphy, “We are positive on this announcement & our view is divesting this portion of work allows VF to continue to align its focus on purpose-led acquisitions of even greater scale.”

Murphy said that an assumed 7-to-9 times EBITDA multiple would fetch $1 billion or more in a sale. If achieved, VF’s acquisition capacity would expand from $4 billion to $6 billion to $5 billion to $7 billion, she estimated. Wrote Murphy, “Said differently, if VFC purchased another brand at 10x EBITDA it could take on an incremental $6.4B in net debt which would take its leverage ratio to 2.5x debt/EBITDA.”

She noted that VF’s target debt/EBITDA ratio is 2.0 times, but management has indicated it is willing to move down a notch in its investment-grade for the right acquisition. Added Murphy, “We also note the company has noted they are not afraid of using equity for the right deal.”

“The pruning of the lower growth brands from the portfolio is a logical step for VFC,” wrote Sam Poser at Susquehanna in a note.

He noted that the company spun-off the low-growth jeans business, which included Lee and Wrangler, in May 2019 to focus the brand on higher-growth areas in apparel and footwear in the active and outdoor segments. Poser likewise noted that a divestiture significantly reduces the company’s exposure to B2B while also increasing international as a percentage of the Work segment and further trimming internal manufacturing capabilities and move toward an outsourced manufacturing model.

The sale further positions VFC for a large acquisition in the near future. Said Poser, “M&A continues to be the company’s top priority from a capital allocation standpoint and the sale of the 9 brands adds about $1B to VFC’s war chest.”

He was doubtful, however, over media reports that cited Yeti and Columbia Sportswear as potential targets. Wrote Poser, “While we are unclear when and which company VFC will ultimately acquire, we believe the aforementioned reports are inaccurate. YETI is an outdoor brand but lacks any meaningful synergies with existing brands within VFC’s portfolio, which are primarily apparel & footwear brands. COLM has too much overlap with The North Face, although the company does fit VFC’s criteria of a well-recognized brand with a deep leadership bench. We believe VFC could be searching overseas for an acquisition, though, again, we are unclear who will be acquired and when the transaction will occur.”

Baird’s Komp believes the vocational workwear divestiture “could pave the path toward taking a harder look at the ownership of Timberland” in part due to that brand’s “current drag on revenue growth and margin.”

He also said the additional balance sheet capacity could increase the likelihood of potentially adding new brands. Komp saw a Yeti acquisition as a “good strategic fit” but the price would likely be significantly higher than recent deals. Komp estimates that Yeti would wind up costing 4x EV/sales on 2020E.  That compares to 2x EV/sales VF paid for Altra, 1.1x EV/sales for Icebreaker, and 0.9x EV/sales for Dickies. Wrote Komp, “In order to justify these levels in a hypothetical situation, we think VFC would need to credibly outline significant sales synergies (i.e., broadening lifestyle positioning with a view that YETI could replicate a portion of the success in apparel/footwear as The North Face) and/or significant margin savings (as part of the scaled VFC organization).”

Next, Inc. Board Rallies Behind Embattled Chairman