Behind The Deal: Crescent Moon’s Next Phase 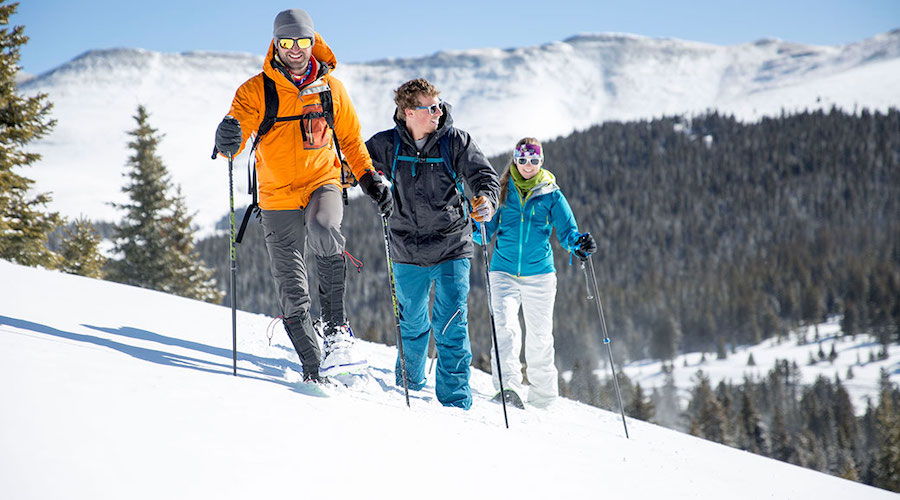 Jake Thamm and Tamara Laug launched Boulder, CO-based snowshoe manufacturer Crescent Moon in 1997, but while the company brought a variety of category innovations to market over the past 23 years, it was a more recent product debut that helped seal the brand’s future.

In 2017, Crescent Moon introduced its Eva Foam Snowshoe at that year’s SIA Snow Show. The product’s innovative design and use of lightweight material garnered plenty of attention and resulted in numerous “gear of the year” accolades from consumer and trade magazines alike.

The ensuing buzz would eventually yield a much bigger reward for the husband-and-wife duo and their creation. Before that could happen, however, the couple would need to make a big decision about the future of the snowshoe brand they had nurtured for nearly a quarter-century.

Sure, they saw plenty of potential for the longevity of its entire line—especially the Eva and also the Luna, a newer and smaller snowshoe—but they also knew that bringing those products to a wider audience required scale beyond their capabilities, Thamm told SGB Executive recently.

So he and Laug decided to put the business up for sale. The pair figured it was time to step aside and let someone else chart a new course for Crescent Moon.

“It needed to go to the next phase,” Thamm said. “Along with everything else that was on our mind, we also thought that perhaps we didn’t have the financial resources, let alone the energy, to push this to the next phase. We thought that with the potential of the foam shoe and, for that matter, the snowshoe category itself, that it’s probably better for us to try and find a strategic partner.”

As they soon learned, selling a brand is harder than it looks. The company spent a year trying to find a partner on its own, even receiving a couple of offers. But Thamm said “neither was ideal or strategically the right fit,” so Crescent Moon turned them down.

The company then secured the help of two brokers who had worked in the outdoor industry M&A. Before long, new and more promising suitors emerged.

“We were so surprised that we had that overwhelming indication of interest,” Thamm said. “Of course, anyone can say they’re interested, but these were financially qualified interests.”

Among those financially qualified interests was a pursuer that was drawn to everything about Crescent Moon—its leadership, its product line, even its location.

After narrowing the list down to 12, and then to eight, and then to four, and then to two, Crescent Moon accepted the offer from Dunn-Rite Products. The Elwood, IN-based, family-owned manufacturer of pool toys was looking to enter the winter sports market while also adding an asset in Colorado to broaden its one-day distribution capabilities.

Dunn-Rite was drawn to Crescent Moon for a myriad of reasons. The company’s Denver-area headquarters meant Dunn-Rite would own an asset in the Western U.S., which would improve shipping times for existing and future SKUs, especially those being sold out of its hugely popular Amazon Prime store.

Also, adding the maker of a winter sports product would alleviate the company’s sometimes seasonal squeeze. After all, it’s hard to focus only on pool toys in advance of winter.

But the deal, which closed last week, primarily hinged on Dunn-Rite’s excitement over the Eva, which was still catching the eyes of both retailers and consumers.

“It was the Eva Foam Snowshoe that stood out to us,” Tanner Dunn, who now serves as vice president of Crescent Moon, told SGB Executive. “We saw a lot of untapped potential there.”

The feeling was mutual. In Dunn-Rite, the longtime snowshoe brand found the right partner, one that proved to be a financial and cultural fit, even though it doesn’t have direct experience with winter sports products or marketplaces.

“We’re very impressed with the family,” Thamm said. “First and foremost, they’re just nice, genuine, good people. That was perhaps the biggest reason for wanting to deal with them, but the other qualifications they brought were the fact that they are very familiar with manufacturing. They had resources in manufacturing that allowed them to absorb us very quickly and seamlessly. To their economic benefit, we’re a bolt-on to their existing operation, which immediately allows them to take advantage of the redundancies associated with acquiring a company like ours. I think that gives them some cost advantages from the get-go that other buyers did not have.”

Another reason Thamm said he and Laug chose Dunn-Rite: They had been insistent on securing a buyer that would nurture the Crescent Moon brand and not sacrifice quality by unnecessarily speeding up manufacturing and then flooding existing and new sales channels with product. Dunn, who is based in Denver, said Dunn-Rite plans to maintain the brand’s integrity.

“That was important to us,” Thamm said. “And that’s why I think we were very willing to walk away from previous deals. We felt that part of the genetic vibe wasn’t being addressed or protected or valued in the way that we thought was necessary for whoever was to buy it to take advantage of the legacy. You definitely want that to survive the transfer. And I think with the Dunns, they’re just good people. As for assurances, well, it’s just who they are.”

Of course, some changes are in store, per usual in M&A. Manufacturing of frames for Crescent Moon’s traditional snowshoes will be moved to Elwood, although material for the foam products will continue to be imported from China.

Dunn-Rite will explore new channel opportunities once it begins forecasting for the 2020/2021 season. East Coast distribution should pick up with Crescent Moon products soon shipping out of Dunn-Rite’s Indiana DC. The company plans to add a kids line and is already introducing a biodegradable shoe, the latter of which will debut at this year’s Outdoor + Snow Show in Denver, CO.

But perhaps most importantly, as Dunn explained to SGB Executive, the focus now is to expand Crescent Moon to a new target market—runners. He has learned that many people want to jog in the winter, even when their paths are covered with snow and ice, and he said Dunn-Rite has begun a strategy to meet that demand.

Crescent Moon’s second foam shoe, the Luna—the smaller, nimbler version of the Eva—also has rocker shape that allows for agility plus a foam foundation that gives the shoe stability. It is ideally situated for establishing the brand in the run specialty channel.

“A huge untapped market is the running industry, particularly with the Luna Foam Snowshoe because there’s not another shoe out there like it,” Dunn said. “It’s getting in running stores—and it’s the only snowshoe that’s in running-specific retail stores.”

Dunn-Rite, which is privately held, doesn’t disclose sales figures, but Dunn said the company also doesn’t harbor unrealistic growth aspirations for its newest asset. Instead, it wants to maintain the DNA that Thamm and Laug poured into the brand over the past 23 years and elevate its reach, albeit sustainably.

“Sales are important, but we’re not blindsided by sales,” Dunn said. “This is a long-term play. We’re not going to sacrifice anything to get more sales. We’re looking to grow into Canada and Europe. That’s a pretty untapped market.”

Though Laug stepped away from the business following the sale, Thamm is staying on board to help with sales and marketing and generally doing what he does best—serving as the brand’s lead evangelist.

He said he’ll do whatever is needed to ensure Crescent Moon shines just as brightly in this next phase, and also be grateful he doesn’t have to say goodbye just yet.

“As I get a little bit better at this new role of mine, hopefully I will at least maintain my value and maybe actually increase it, but time will tell,” Thamm said. “This horse is plenty big to ride for as long as I’m given a saddle.”

“Behind The Deal” is an occasional SGB Executive series that takes a deep dive into M&A transactions in the active lifestyle space. Contact SGB Senior Business Editors Eric Smith or Tom Ryan  to have your deal featured. 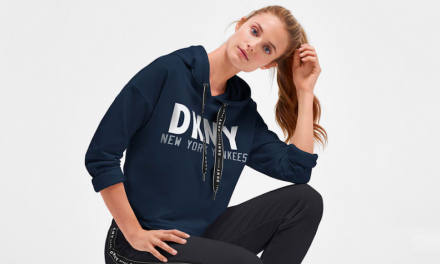