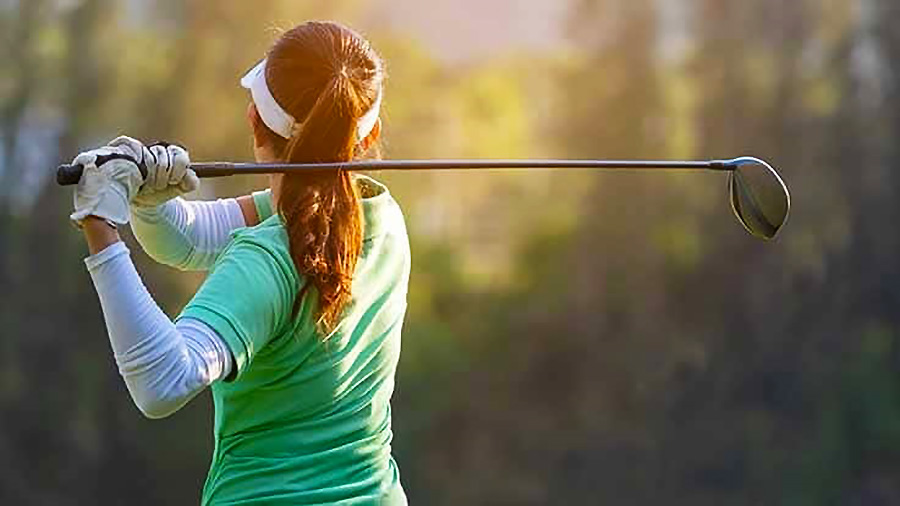 Golf rounds soared 13.9 percent and equipment sales 10.1 percent in 2020, according to Golf Datatech. The outsized growth comes as golf is a near-ideal socially distant activity ideal for playing during the pandemic.

SGB Executive talked with John Krzynowek, partner, Golf Datatech, about golf’s strong comeback from the lockdowns that arrived in March 2020, the performance of major categories and how the sport may continue to benefit in the years post COVID-19. 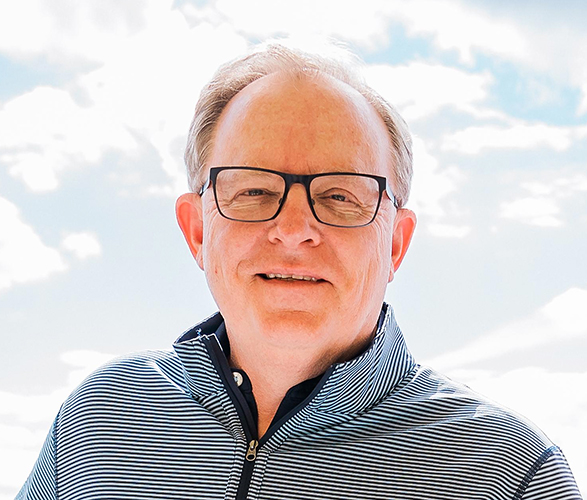 What surprised you about how the year developed from a playing perspective? Like any business, a new year typically brings fresh optimism for what lies ahead, and 2020 got off to a good start. January and February were both excellent months weather-wise in markets that were open to playing the game, so rounds played were off to a good start (+13 percent thru February), and golf equipment sales were also up double-digits.

I made a swing thru to see many of our largest customers in late February, and there was concern about a virus that was circulating in Asia, but then concerns were about the potential impact on the supply chain, and there was no mention of any likelihood of the pandemic hitting America and locking down much of our economy. March and April 2020 were very difficult for golf (for many businesses/industries). Most courses were closed, almost all brick & mortar retail was closed and online retail became the only means to buy golf products.

After an initial shutdown of golf courses, the realization that golf could be a safe means to get exercise and be social but distanced took hold, and golf courses started to reopen with safety measures in place. Eventually, the game took off, and not only did we make up the hole in rounds created by golf courses that closed for two months, but we also made up all of the lost sales of golf equipment and added in the most significant annual growth we have seen in any of our data for either metric.

What measures mainly worked in helping golf’s safe return? Like much of the United States, there wasn’t any set of universally agreed actions upon and enacted in every state. However, some core principals led courses to reopen safely: Stay six feet away from your playing partners, in the early months, only one rider per cart (that remains in some states/facilities); do not take the flag out when putting; do not use rakes in the bunkers; do not shake hands or high five playing partners; wear masks in public areas where groups might congregate; and some states required starting times stretch out to avoid crowds on the first tee before teeing off. Also, there were relatively few events/outings, and golfers were encouraged not to linger within the pro shop or grill room; rather they should go outside where they could distance appropriately and generally not gather in groups. None of those was a silver bullet to stop the spread totally; however, sensible actions in an outdoor setting made for a relatively safe atmosphere to play the game.

How safe is the sport? Have there been cases of infections linked to playing golf? Are specific issues, such as players congregating in the clubhouse, a problem? Golf is one of the safest sports activities if precautions (like the ones above) are taken and adhered to. You are outdoors and do not need to be near anyone you are playing with at any time, minimizing the odds of transmission. Add in the other precautions developed and adhered to by most courses, which reduces or eliminates touching of surfaces, and it’s relatively safe.

I have not heard of any cases of the virus spreading if proper guidelines were followed. Some isolated instances of courses held outings (which are typically more social and less golf-oriented), and there was spread. However, they have been few and far between, at least to my knowledge. As for congregating in clubhouses, in the grill room, etc., I don’t see that as a golf problem. That’s more similar to bars and restaurants having customers inside their facility, and that is being debated widely across the country by people who have a lot more knowledge about such things than I do.

Can you share what drove the gains in the Equipment category? Total Equipment sales from April 2019 thru February 2020 (the last month before the pandemic shutdowns hit) increased for 11 consecutive months and were up double-digits year-to-date in 2020 before the outbreak. Equipment had significant momentum heading into 2020 before hitting a wall in March. However, even with the two-month shutdown, total Equipment was 10 percent higher in 2020 than in 2019, led by golf bags (+29 percent) and wedges (+27 percent), while irons were +16 percent, which is relevant because irons are the largest single club segment, so when they move, the industry moves.

What caused apparel’s challenges? Golf Apparel sales were weak in 2020 (down 14 percent), particularly in resorts and green grass shops, both of which were hard hit by the timing of the lockdowns (many warm-weather markets lost most or all of their spring/early summer business) as well as the procedures put in place to mitigate the spread of the virus (no “loitering” or hanging out in the pro shop, often no place to try on a product before purchase, etc.). The Off Course Specialty channel (Big Box and Online) was up slightly for the year in apparel, however in resorts and Pro Shops, sales lagged. The best Golf Apparel categories were men’s and women’s tops, which we define as sweaters, vests, quarter zips, and the like, both of which were down about 6 percent, while golf shirts for both genders (the largest Apparel segments) declined double-digits. 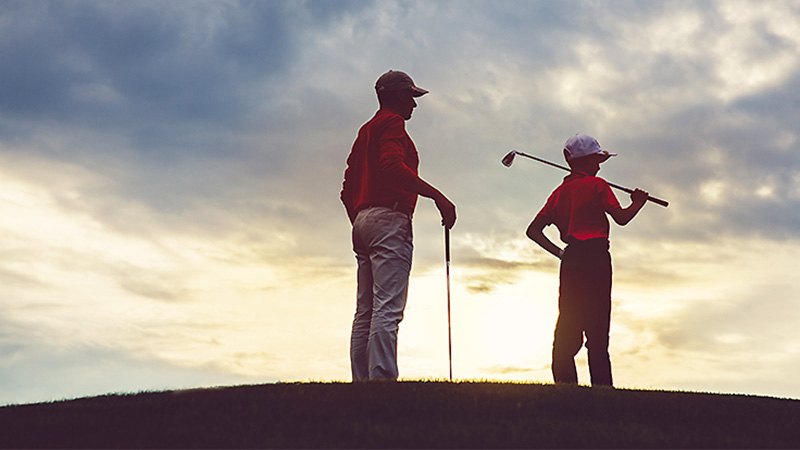 Footwear is probably not as big a category in golf as other sports, but can you share how footwear held up last year? Golf Footwear is a significant category, but it’s not the same as a runner whose primary equipment is their shoes. In terms of importance, golf shoes are the fourth largest equipment category in golf behind balls, woods and irons. After starting the year softer than other equipment categories and then falling well behind the prior year during the lockdown period, golf footwear rebounded toward the end of the year and eked out small gains in both units and dollars. A significant percentage of footwear purchases shifted toward online channels, particularly during the first half of the year when Green Grass and brick & mortar retail shops were not open or had limited ability to sell product.

Big-box stores such as Dick’s Sporting Goods appear to have performed much better than resorts. Is that what Golf Datatech found? Big box stores could adapt and offer up curbside service or leverage their eCommerce business to weather the year, but many resorts were decimated as the world stopped traveling. High-end resorts that depend upon international travel suffered significant shortfalls in guests, which negatively impacted both rounds and apparel sales.

Did you see any evidence that golf is witnessing new entrants in the merchandising data or survey data? We do have a mix of retail data and consumer insights suggesting that much of the golf sales growth came from those that would traditionally be considered less frequent/less avid players. The serious golfer who plays and buys most often spent a little less in 2020 than in 2019, even though they played more rounds. We also saw a sales surge in categories like boxed sets, which typically appeal to newcomers or those looking for an easy, relatively inexpensive purchase that doesn’t require a lot of knowledge or extensive trial and shopping.

Other industries find that trends that were already happening, such as online shopping, saw growth accelerate due to the pandemic? Did golf experience that as well? Yes, we saw an acceleration in online sales. While eCommerce had been steadily growing in golf, it caught fire during the lockdown period. It’s important to note that growth came in multiple online sub-segments, including Amazon, Direct-to-Consumer, Online Exclusive Golf Retailers, and the online piece of traditional golf retailers. And the growth by product category was also uneven. Some products are more suitable for online sales than others. Golf balls, golf shoes, gloves and apparel are a better fit for digital commerce, while clubs that are often custom fit and require a trial don’t match up with the online model.

Relatedly, some were counting on shorter games, entertainment hybrid concepts such as Topgolf, and maybe more simulation technology to bring younger players to the sport. Are those trends affected by the pandemic? Has the traditional 18-hole half-a-day experience regained its allure? It’s a mixed bag. While the golf entertainment concept introduces players to the game, many of those struggled during the lockdown as they were classified as a bar/restaurant and were not open, or were limited, in how many people could be in the establishment at once. Once they reopened, they continued to spread their version of golf to the masses, and that’s never a bad thing.

Even if only a small percentage of those introduced to golf through “golfertainment” eventually decide to become a traditional golfer, that’s still a positive force driving new players to the game. As for the “allure” of a half-day on the golf course, that remains a challenge that the golf industry continues to grapple with. Part of what many enjoy about the game is the ability to unplug and be with friends/playing partners for multiple hours, outside, enjoying each other’s company (while socially distancing). However, when a round crosses that unseen time barrier (4 hours for some, 3:30 for others – it all depends where you play and what is acceptable at your course), it goes from being enjoyable to frustrating very quickly. The pace of play has been, and always will be, a challenge for golf.

Overall, how encouraged are you that golf receives a substantial boost in the years ahead? I believe the golf industry is cautiously optimistic about the potential for the sport in the near future. That said, we also realize that when life returns to some semblance of normal, there will be significant pressure on many to return to the activities they gave up when the pandemic hit. Professional sports, college athletics, kids sports teams and leagues, travel, vacations, etc., will demand attention that has shifted to golf while those other activities were off-limits.