Outdoor Industry Association (OIA) and member company REI (Recreational Equipment, Inc.) praised the launch of a new initiative by the Western Governors Association (WGA) titled Get Out West, which was announced at the association’s annual meeting yesterday.  The initiative was championed by new WGA Chair and Washington State Gov. Christine Gregoire.

The goals of the initiative announced by Gov. Gregoire at the WGA annual meeting in Coeur d Alene, ID are to:

REI commends Governor Gregoire for the exciting vision she is championing as the new chair of the Western Governors Association, said Sally Jewell, president and CEO of outdoor retailer REI.  The ‘Get Out West initiative brings much deserved recognition to the importance of recreation and tourism in the Western states and seeks to ensure continued growth in these activities for current and future generations.  We look forward to working with the governors, Outdoor Industry Association and other partners to support this important initiative.

In 2006, OIA produced the industrys first economic study, which showed that active outdoor recreation increasingly fuels the U.S. economy and is a primary driver in regional and local economies across the country.  The growth in activities such as hiking, paddling, hunting, fishing and wildlife watching contributes $730 billion annually to the U.S. economy, drives $289 billion in retail sales and supports 6.5 million jobs.

We believe the impact of the recreation economy is just now beginning to be understood, and we are pleased to partner with the Western Governors Association to better understand this crucial economic aspect of the West, said Frank Hugelmeyer, president and CEO of Outdoor Industry Association.  Our forests, parks, rivers and trails form the basic recreation infrastructure that supports sustainable jobs in rural and urban communities across the West.  This initiative also creates a great opportunity to work with the Western states and other stakeholders in promoting activities, investments and policies that support this important economic engine.

More information about the initiative is available at:

Get Out West Initiative Press Release

Get Out West Initiative Overview:

Target Corp. May Sell Off Mervyn’s and Marshall Field’s 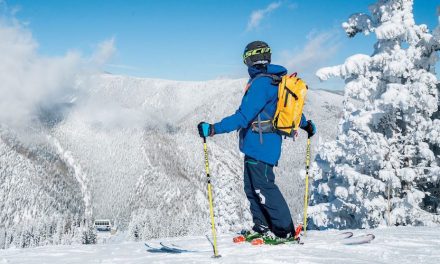